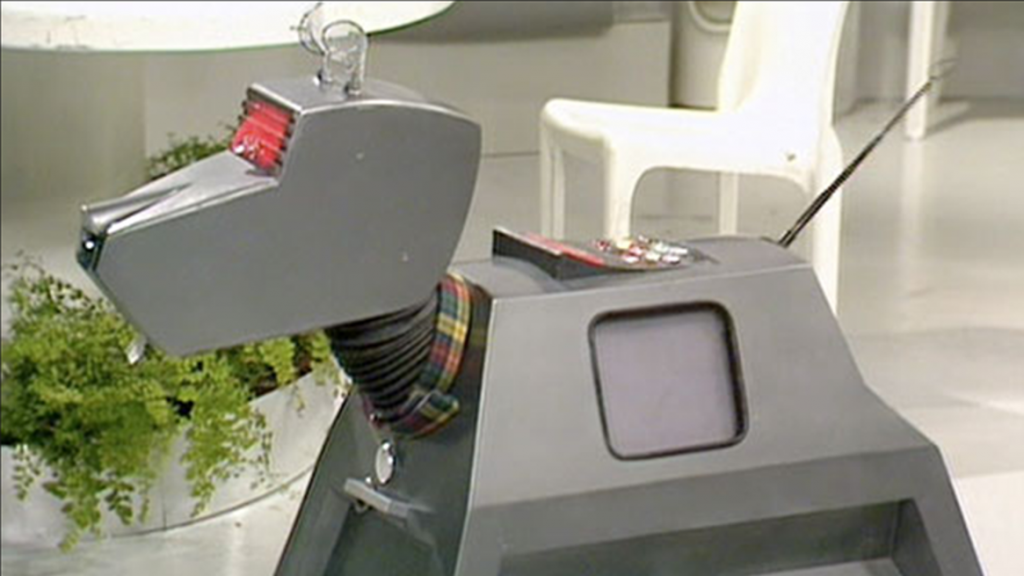 Bob Baker, a name you might not be familiar with but will instantly be aware of his contributions to what is the longest-running science fiction series on television, has passed at the age of 82. Alongside his late writing partner, Dave Martin, Baker co-wrote eight stories over nine Doctor Who series in the 70s with Jon Pertwee and Tom Baker serving as the Doctor.

While his writing talents were responsible for such classics as “The Claws of Axos”, Doctor Who’s first-ever anniversary special, “The Three Doctors,” and Fourth Doctor tales such as “The Sontaran Experiment,” “The Hand of Fear” and “The Armageddon Factor”, Baker’s Doctor Who legacy may very well be his writing of “The Invisible Enemy,” which introduced the robot dog K-9.

Originally written to be a one-off appearance, K-9 was instead entrusted to the Fourth Doctor at the end of the story and became a regular companion alongside Leela and Romana. Baker’s K-9 legacy would continue with K-9 and Company, a planned spinoff with Elisabeth Sladen (iconic companion Sarah Jane Smith) that didn’t make it past the original pilot in 1981.

Aside from his unforgettable contributions to Doctor Who, Baker is also best-known as the co-writer of several of Aardman Animation’s Wallace & Gromit stories. Baker worked on original shorts The Wrong Trousers and A Close Shave, as well as the 2008 special A Matter of Loaf and Death (with series creator and director Nick Park), and wrote the script for the 2006 movie spinoff, Wallace & Gromit: The Curse of the Were-Rabbit.

Dear Friends.
It is with great sadness that we announce the death of our dear friend and business partner, the iconic BOB BAKER. pic.twitter.com/4Quj7zWbqJ