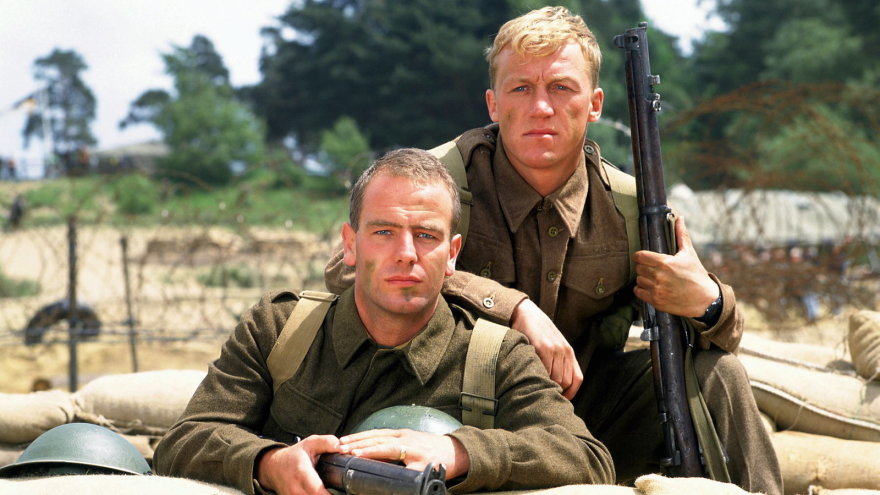 From the ‘Department of Who-Knew’ comes today’s post about the singing career of a pre-Grantchester Robson Green. Turns out that in November 1994, in an episode of the UK television drama series Soldier Soldier, actors Robson Green and Jerome Flynn performed “Unchained Melody” as an impromptu duo The Unrighteous Brothers after the entertainment failed to appear at a wedding.

Their performance triggered such a big response from the audience that ITV was inundated by people looking to buy the song. Alerted to the response, Simon Cowell pursued the two reluctant actors (and later Robson Green’s mother) for the next four months to record the song. The actors were eventually persuaded to sign a recording contract with Cowell and record a Righteous Brothers-type version of the song as a duo. 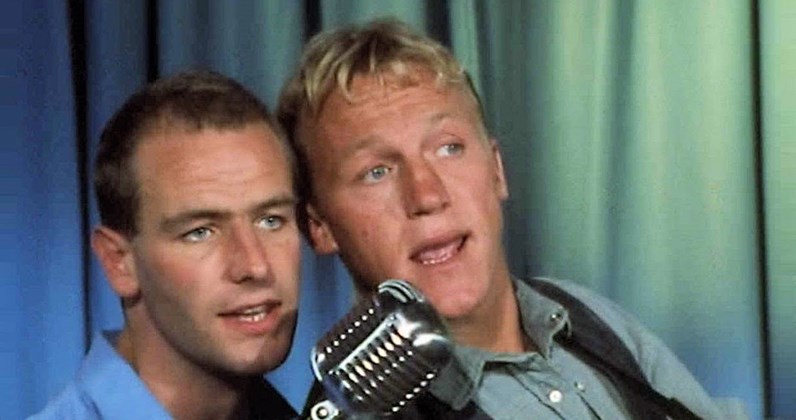 With Robson & Jerome becoming the first act in UK chart history to have their first three singles go straight to number one (“Unchained Melody”, “I Believe” and “What Becomes of the Brokenhearted”), their first album, the self-titled Robson & Jerome, was released in November 1995 and became the best-selling album of the year.

Thankfully, for British mystery fans around the world, Robson & Jerome decided to quit despite being offered £3 million for a third album by Cowell. Green went on to star in Touching Evil, Grafters and Reckless prior to landing his current role of Detective Inspector Geordie Keating alongside James Norton (Happy Valley, War and Peace, McMafia) and later Tom Brittney (Outlander) in Grantchester. Following his role of Patrick “Paddy” Garvey on Soldier, Soldier, Jerome Flynn went on to the likes of Ripper Street and Game of Thrones.

Green and Flynn ‘reunited’ in 2017 with Flynn guest starring on Green’s series, Tales from the Coast, when the former duo met up in Pembrokeshire where they took to the seas for some kayaking.