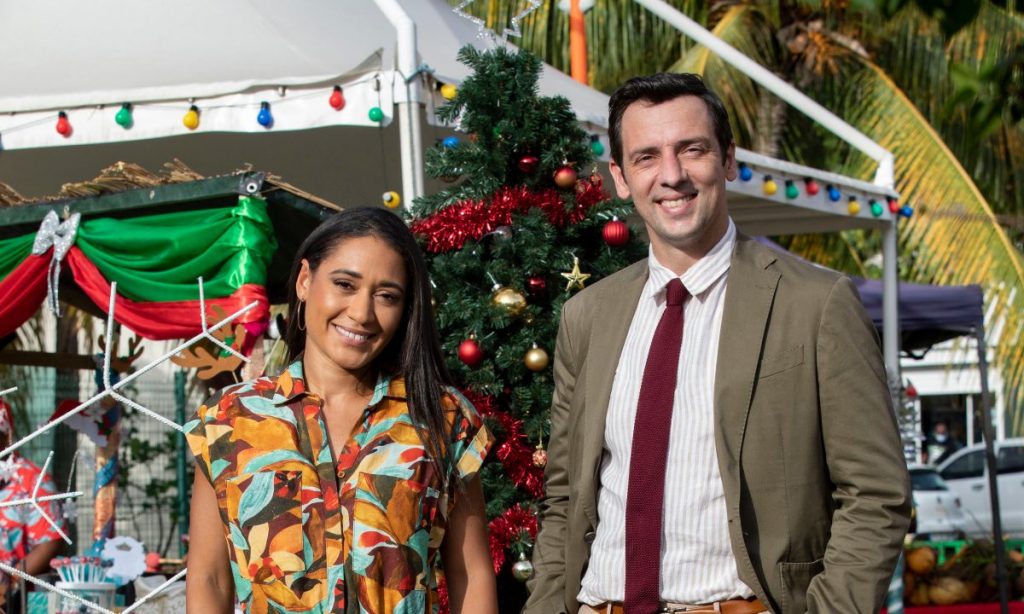 Yes, Virginia, there is a Santa Claus and, thankfully, it’s appears he’s a British crime drama fan! As Santa places the first ever Death in Paradise Christmas special under our collective trees this year, given the feature-length episode will attempt to bring closure to the cliff-hanger ending of series 10, you’ll get no spoilers here just yet until the series airs in the United States. We can reveal, however, that Florence (Joséphine Jobert) does leave the island to spend Christmas with her family and the Honoré PD welcomes Dwayne (Danny John-Jules) with open arms to help solve a murder case.

According to the official synopsis, it’s Christmas time on the picturesque island of Saint Marie and Neville is preparing to head to Manchester to spend the holiday with his family. But, wouldn’t you know it, his plans are abruptly changed when a billionaire shipping magnate dies in mysterious circumstances. Hey, just because it’s the holidays doesn’t mean there can’t be a suspicious ‘death in paradise’.

Things only get stranger when a minicab driver in London receives a Christmas card with an ominous message inside that turns the entire case on its head. For Neville and the team, will this be a case they can crack together? 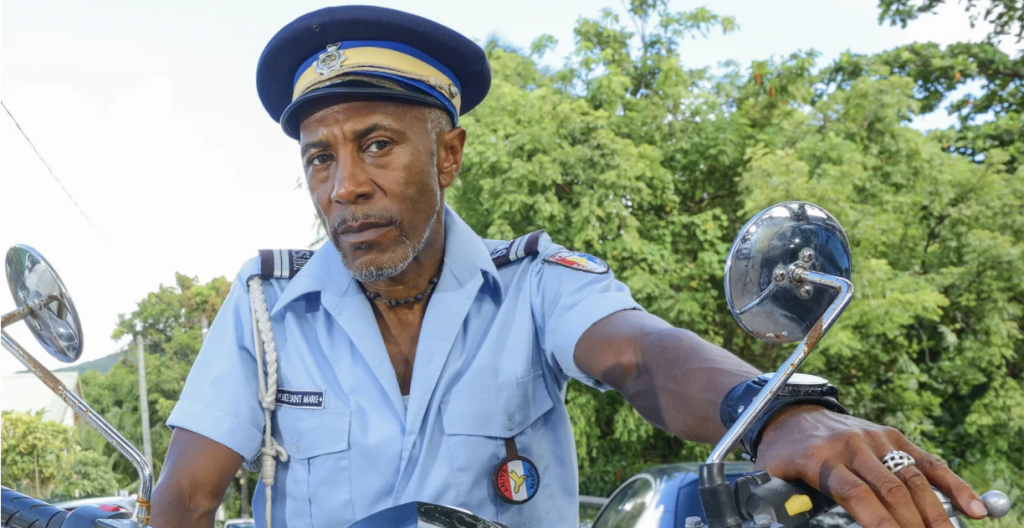 Danny John Jules says: “It’s always a pleasure going back to the Caribbean. And after four years away, fitting back into the fold should be seamless as I know all the new leading cast members already. I look forward to bringing Dwayne and this tenth anniversary special script to life.”

In a bit of an awkward moment, Dwayne comes to realize that he’s not only met Officer Marlon Pryce (Tahj Miles) before, but he once arrested him!

Death in Paradise S11 will transmit in January 2022 in the UK with a target Spring 2022 broadcast availability date in the United States on public television stations nationwide.