As we begin to close the books on 2021, no one will argue that the last two years have been, let’s just say, a bit rough. Aside from the catastrophic and devastating effects of a worldwide pandemic, UK drama and comedy output suffered greatly as a result of a lengthy countrywide production shutdown.

Fortunately, while fans of British mysteries and dramas endured a longer that normal wait for their favorite series to return, it looks like there is light at the end of the tunnel beginning in 2022 as production began ramping up as early as Summer 2021. Here’s a quick look at some of the series coming your way on PBS beginning in 2022!

Around the World in 80 Days

All we really have to do here is say this stars David Tennant and that should put you in front of the telly for the premiere on Sunday, January 2 at 8pET/7pCT as part of Masterpiece. Tennant sets out on the adventure of a lifetime starring as Phileas Fogg in the Jules Verne 1872 classic story.

All Creatures Great and Small S2

Transport yourself back to the Yorkshire Dales beginning in January as All Creatures Great and Small is back for series 2. Nicholas Ralph returns as James Herriot alongside Samuel West as Siegfried Farnon, Rachel Shenton as Helen Alderson, Callum Woodhouse as Tristan Farnon and Matthew Lewis as Hugh Hulton.

If you’re a fan of the series, you know there are questions to be answered following the end of series 1. Will James and Helen find their way together? Will James decide to call the Dales home? And can Siegfried and Tristan manage to work together without complete and utter disaster?

All Creatures Great and Small S2 begins Sunday, January 9, 2022 at 9pET/8pCT as part of Masterpiece on PBS.

Looks like there will be lots of choices in the seaside resort town for Charlotte Heywood to try and forget Sidney Parker this Spring. Charlotte’s younger sister, Alison, also attracts a bit of attention in series 2 which begins nine months after the near destruction of Sanditon as it rebuilds and begins to grow in popularity.

Hey, it’s Sanditon so there’s bound to be more intrigue, excitement and romance than the law allows just around the corner! The highly-anticipated/long-awaited premiere of Sanditon Season 2, comes to Masterpiece on PBS beginning Sunday, March 20, 2022, at 9pET/8pCT. 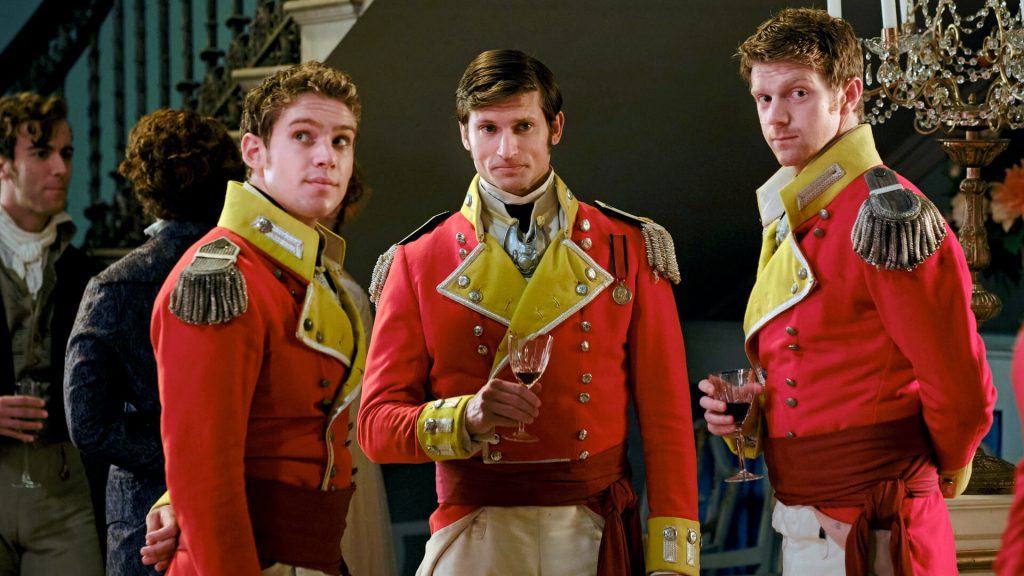 If that’s not enough to get you in front of the telly on Sunday nights, 2022 will also see the premiere of the television adaptation of the Anthony Horowitz’s novel, Magpie Murders, the return of Miss Scarlet and The Duke starring Kate Phillips and Stuart Martin, new seasons of Endeavour, Guilt, Call the Midwife, Vienna Blood and the premiere of Ridley Road starring Rory Kinnear (No Time to Die, The Imitation Game), Eddie Marsan (Ray Donovan, Little Dorrit), and Tom Varey (Game of Thrones).

Oh, did I forget to mention that we will also see the return of Endeavour in 2022? Also, a number of public television stations will be adding new seasons of Father Brown, Death in Paradise, Vera, Shetland, Shakespeare and Hathaway, Midsomer Murders and The Mallorca Files to their schedules so feel free to check back often.