If you happen to know anyone who needs a little seaside romance and intrigue in their life, PBS is definitely your travel destination this Spring. Thanks in large part to the relentless efforts of an extraordinary fanbase led by the #SanditonSisterhood, who continued to have hope that one day Sanditon would rise from the ashes, Charlotte Heywood’s epic journey continues when the second series of Sanditon returns Sunday, March 20, on PBS … a full 2+ years after it seemed like the thought of a second series was going up in smoke as did the coastal town of Sanditon at the end of series 1.

Set in Regency-era England, the unfinished Jane Austen novel pits the standard patriarchal beliefs of the times against the likes of Charlotte (Rose Williams) and Georgiana (Crystal Clarke) who not only are independent-minded young women but for them, heaven forbid, love and marriage aren’t always top-of-mind.

Series 2 introduces a number of alluring newcomers, including some military soldiers settling into town. During the Napoleonic Wars, young officers moved around the country with their troops, providing eligible women with dashing dance partners and potential matches.

Much like its drama predecessors (Downton Abbey and Call the Midwife), Sanditon pulls from the pages of real-life events at times for a bit of pointed social commentary. For series 2, there’s talk of boycotting the sugar trade led by the headstrong and impassioned Georgiana. 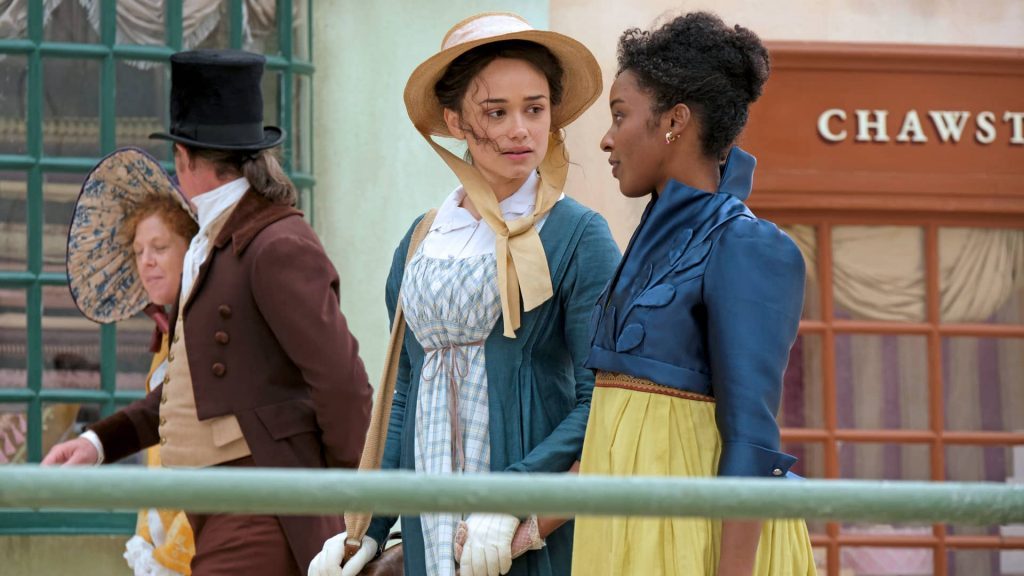 Returning for series 2 alongside Rose Williams and Crystal Clarke will be the great Anne Reid as Lady Denham, the towns chief investor, Kris Marshall as Tom Parker, the visionary behind the crazy idea to turn the sleepy, coastal Sanditon into a fashionable holiday getaway, Kate Ashfield as Tom’s wife, Mary, and Turlough Convery as Tom’s very underrated brother, Arthur.