One of the stars of All Creatures Great and Small is Mrs. Pumphrey’s beloved pekingese, Tricki Woo.

Jill Clark of 1st Choice Animals just happens to be the owner of ‘Derek’, the dog that plays Tricki Woo. Jill describes Derek as a ‘total diva’ who likes his own space and likes to ‘do what he wants to do’. Everyone loves Derek but who does he love?

While you might think Mrs. Pumphrey is the runaway favorite to be Tricki Woo’s ‘favorite’, who really is Tricki Woo’s favorite Skeldale House human? Nicholas Ralph, Samuel West, Callum Woodhouse and Anna Madeley shared their thoughts on the matter recently to PBS Masterpiece.

Nicholas Ralph, who plays James Herriot, thinks he’s the frontrunner. Tristan gives him all the treats, but I still think Uncle James, because Uncle James looks after him well and takes care of him. As for Derek, that’s hard to say. Derek, he just swans around on set, he’s a total diva, just lapping up all the attention from everyone. 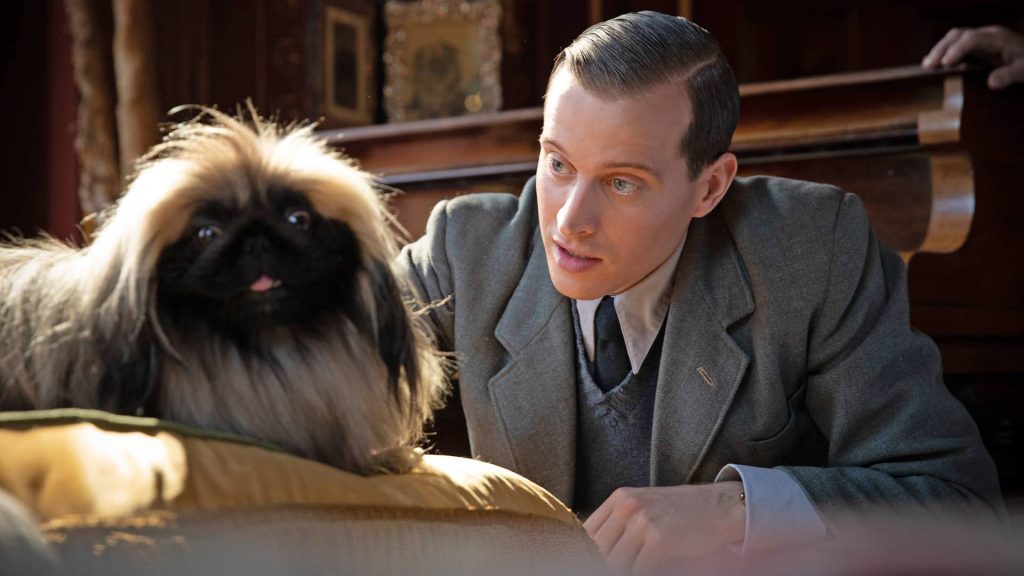 Callum Woodhouse, who plays Tristan Farnon, has a differing view. “Definitely me. 100% me. I gave Derek so much time on set. We were always running our lines together”, said a confident Woodhouse, albeit a bit tongue in cheek. “We’d be in the pub on a Friday night at nine o’clock or whatever with Dean, one of the animal handlers, and sometimes he would just completely disappear and we wouldn’t know where he’d gone. You’d see him outside of his hotel with Derek on the end of his lead. Nine times out of ten, our nights in the pub always ended with us giving Derek a little kiss goodbye before we got in our taxis. 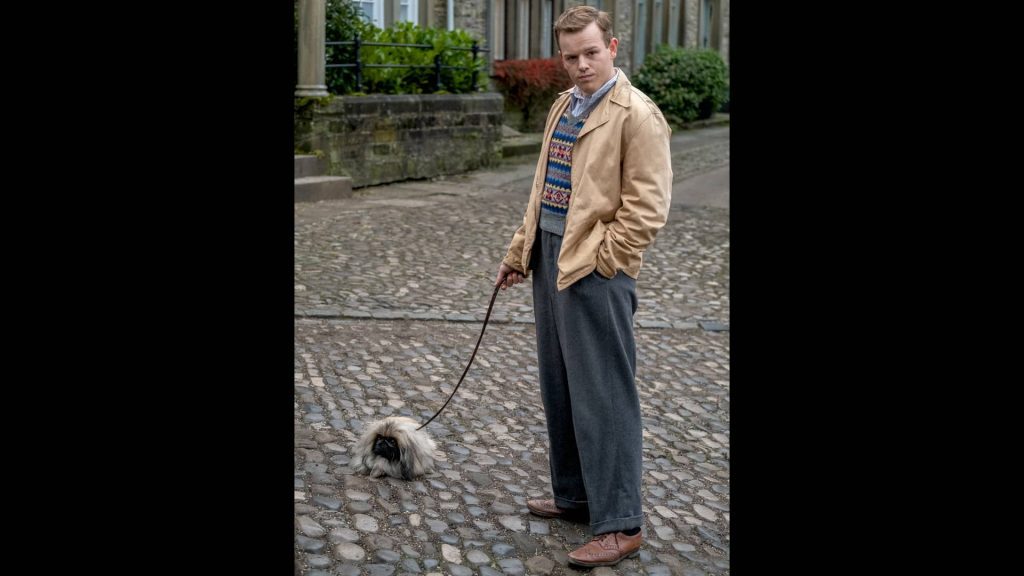 As Helen Alderson, Rachel Shenton sounds a bit like Switzerland when trying to decide between Nicholas and Callum. “This is such a controversial question, said Shenton. “It’s very unfair! I feel like it’s probably Callum, even though Nick will argue that it’s him. I know he will. But I know it was probably Callum, only because I feel Callum really put the effort in with him. That’s why I’m giving it to Callum. He really did. He put a lot of work in with that little dog.”

Samuel West, as Siegfried Farnon, does his best to break the tie with a nod to Callum. “I would say that Derek and Callum had a slightly closer relationship. It’s interesting. Derek’s such a diva that he would arrive on a cushion with his handlers. But he’s a bit grand for both of them, actually. He’s a total diva. So I would say probably that, yes, he tolerates Nick, but in fact, there’s more warmth with Callum under the surface, even though he’s meant to be Tristan’s nemesis. I think that secretly they get on better, but frankly, I wouldn’t trust him as far as I can spit”, said West.

Whether it’s Tricki Woo or Derek, it sounds like the real star of All Creatures Great and Small has four legs.