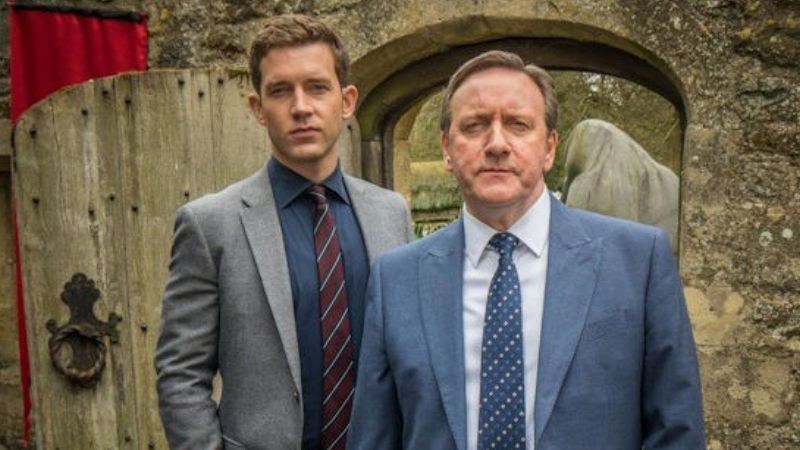 20 Things to Do in Midsomer….Before You Die. Photo: ITV

Presented by John Nettles, who played DCI Tom Barnaby in Season 1-13, 20 Things to Do in Midsomer… Before You Die is a 20th anniversary special featuring stars past and present discussing the peculiar quirks (who can forget death by wheel of cheese!) of the delightful yet deadly Midsomer county.

The special, which will air on a number of local public television stations in America over the course of the next month beginning this Saturday (check local listings), will delight long-time fans of the series with stories from the set along with a review of Midsomer Murders memorable moments (who can forget death by wheel of cheese!).

Over the course of 22 seasons and 129 episodes, the long-running series has featured only two lead stars from its premiere in 1997 — John Nettles as Detective Chief Inspector Tom Barnaby until his retirement after 13 series in February 2011 and then Neil Dudgeon as DCI John Barnaby, Tom’s younger cousin, from March 2011 to present (seasons 14-22).

The picturesque but deadly villages of the fictional county of Midsomer with its accompanying high body count definitely belongs at the top of the list of destinations that you might want to think twice about visiting for you head out. Much like its fictional Carribean island cousin of Saint Marie, paradise isn’t always….well, paradise.

Should you dare to venture out and take your chances of becoming a victim or suspect, Radio Times has put together a laundry list of a number of filming locations for a number of our favorite episodes.

20 Things to Do in Midsomer….Before You Die premieres on public television stations in America beginning this Saturday, February 26 throughout the month of March. Check local listings.