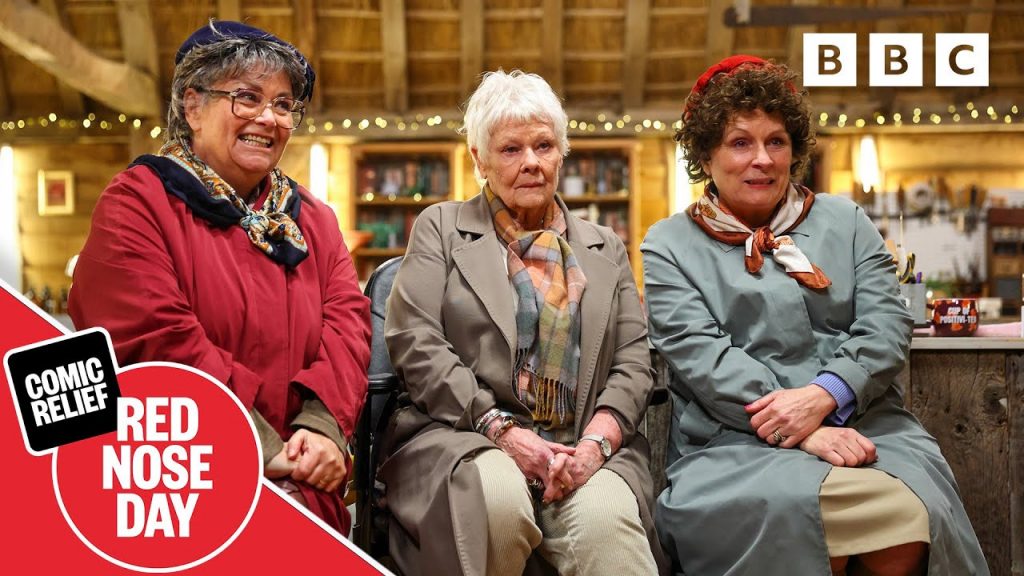 Red Nose Day has to be the single most brilliant example known to man and/or woman of how an entire country demonstrates the ability to rally around a charitable cause.

To label Red Nose Day in the UK as a cultural phenomenon is doing it an injustice. It’s an institution. The entire country gets involved. The entire British acting community in all genres lend their time and talents to this effort. And, thanks to organizers, RND will now be every year as opposed to every two years!

Fast forward 36 years to 2022 where, no matter how you slice and dice it, we all are in desperate need of a laugh right now which makes the fact that Red Nose Day returned to BBC One this past Friday even better!

This year was no exception when it came to the RND tradition of trotting out iconic British stars for some brilliant sketches. Just the thought of Dame Judi Dench sharing the stage with Dawn French and Jennifer Saunders as they reprise their roles from The Extras would be enough to make the phones ring.

Add in a sketch featuring The Repair Shop‘s Jay Blades and you have an instant classic in the making! It seems as though the furniture restorer and presenter has a few secret admirer in the trio. According to the Vicar of Dibley star, Judi was blown away filming with Blades. “You’re going to have to rescue Jay Blades at the end of the day from Judi’s clutches, and then we’ll be next in line,” said French. Jennifer Saunders added in an interview with the Daily Mirror: “And she’s a huge fan, Dame Judi. ‘Oh, he stole my beating heart,’ is what she said.”

It’s only been a year but it seems like a long, long time since RND 2021. Thankfully, it looks like with the recent Red Nose Day 2022 broadcast last week, it will now be an annual ‘thing’ as opposed to the every two year effort. The money raised will support people in the U.K. and around the world, with a focus on tackling homelessness, hunger, domestic abuse, and mental health stigma.