With the mysterious script chronicled in the book Fawlty Towers – A Worshiper’s Companion, a lost, never-before-broadcast 13th episode of the classic British comedy Fawlty Towers has been discovered. Swedish author Lars Holger Holm admits that he viewed the mysterious 13th episode in 1999 in the London flat of an individual from the Editorial Department who worked on numerous British comedy series. 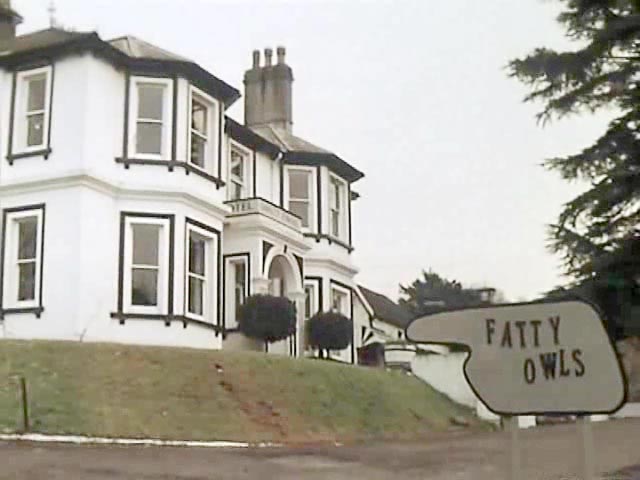 Holger Holm kept his ‘find’ a secret for a little over 6 years before we were able to track him down and speak with the Swedish author about the episode, titled “The Robbers“. Of course, we then sat on this in disbelief for almost a decade trying to find anyone at the BeeB who would go on record and even admit to the lost episode’s existence and/or whereabouts.

Q: Is the 13th episode, “The Robbers”, for real? If so, why do you think it was never broadcast, even in later years as a one-off TV special?
A: I have absolutely no idea why the 13th episode, called ‘The Robbers’, has never been aired. I only know that I saw it once in Bill Morton’s flat not far from Piccadilly Circus on a particularly wet evening. Hadn’t it been for this, I might myself have doubted the otherwise striking authenticity of the script, reproduced in the book. As things stand, I can only assure the reader that the show, as far as I remember, was amazing. Rarely have I seen John Cleese and his crew reach such continuous heights of sublime entertainment, and the only reason I can see for not wanting this episode to reach the fans, is that it would perhaps create the false impression that there was so much more to wring out of the material, whereas, in fact, the 13th episode represents the ultimate solution to the problem of how to carry this tormented universe to a happy end. Concerning the reason for never admitting its existence, let alone airing it, I must refer the reader to the BBC. They should know why. And poor Bill. The last time I tried to call him he had a parrot recorded on his answering machine, exclaiming: P-off!

What do you think?

You can judge for yourself while I head out on this Friday, 1 April to try and track down the elusive 13th episode for future broadcast.