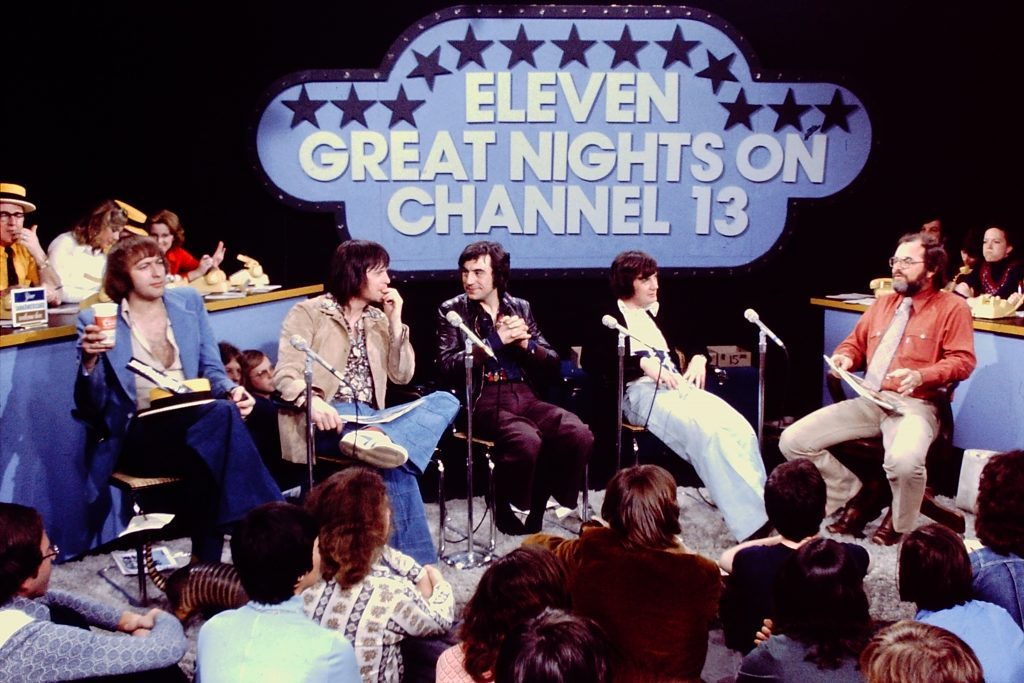 A series that played a significant part in shaping my ‘formative years in British telly’ was when I first discovered Monty Python’s Flying Circus. When it first aired in the United States on October 6, 1974, courtesy of my local PBS station, KERA (where I have now worked for a majority of my career in television), it totally changed not only my comedy landscape but the entire comedy world.

It was beyond description when you consider what most U.S. comedy on television looked like at a time where All in the Family was the #1 comedy and Sandford and Son #2. Both brilliant and both based on long-running British situation comedies but not Monty Python’s Flying Circus.

Our collective eternal thanks go to then KERA Program Director Ron Devillier and KERA President/CEO Bob Wilson for having the comedy foresight to take a chance on a group of guys doing sketches about a dead parrot, a cheese shop, the Spanish Inquisition and a singing Lumberjack! Not only comedy foresight but to do this in Dallas in the early 70s made it all the more special.

Less than a year later in July 1975, Bill Turner, George Turner and I found ourselves standing on line at the Esquire Theatre in Dallas for the ‘world premiere’ of this little unknown film called Monty Python and the Holy Grail. After about an hour on line, they handed each of us two coconuts and moved us inside. 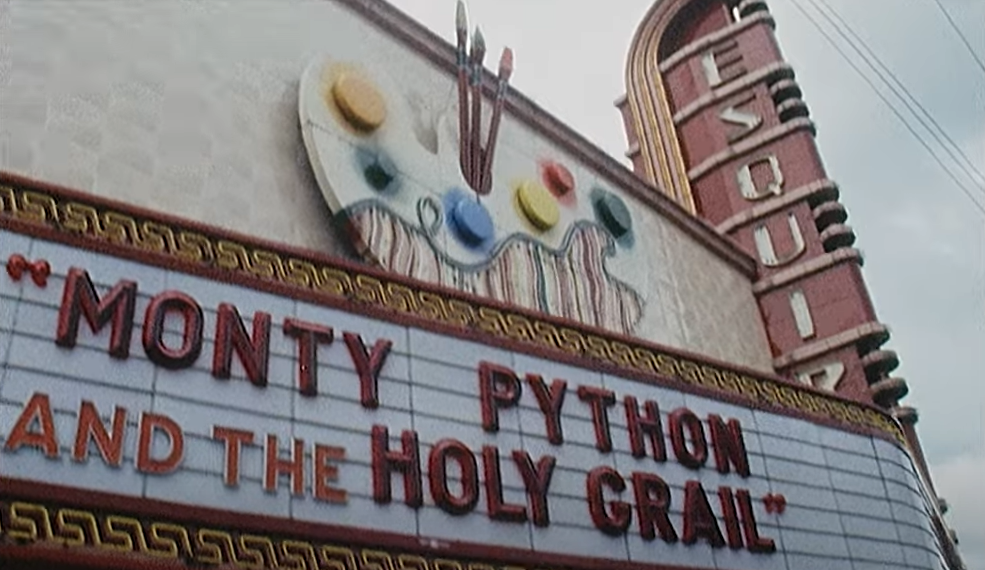 As we really had no clue as to what the film was about, we just knew it was from the brilliantly twisted mind palaces of Monty Python so it would definitely be worth the wait. Fortunately, it only took about 5 minutes before we understood completely the importance and meaning of getting a pair of coconuts as a parting gift for attending the premiere.

Thanks to the magic of the Internets, YouTube and the G. William Jones Collection a t SMU, out in front of the theatre that early July evening stood the lone individual that didn’t quite agree with anyone in attendance that night. Offering her take on the film in a review for WFAA, it appeared that Monty Python’s humor was, shall we say, a bit lost in translation.

In calling the Black Knight sequence grotesque and not funny, well, let’s just say this might just go down in history as being as incorrect as when then BBC Head of Comedy, Jimmy Gilbert, commented on the original pitch to produce Fawlty Towers saying, “…this is full of cliched situations, stereotypical characters and I cannot see it being anything other than a disaster”.

While it’s a bit hard to believe it’s been almost 50 years since that unforgettable night in 1975, my belief stands that Monty Python and the Holy Grail just happens to be one of the greatest comedic masterpieces of all-time and has not diminished one bit over time…not matter what the reviewer said that night.