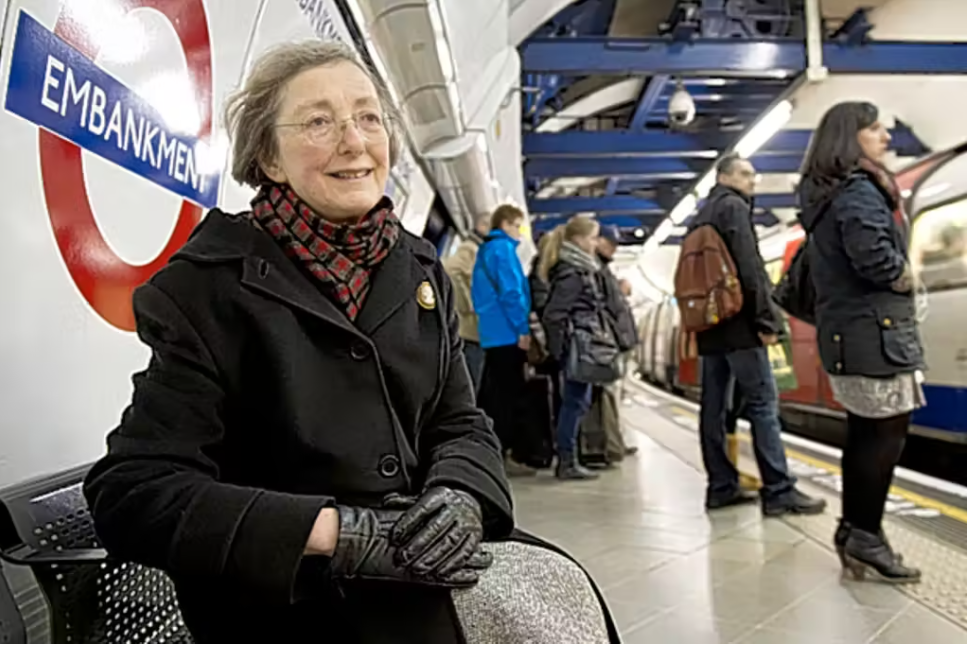 As if I needed another reason to up my bucket list desire to live in London, this heart-warming true story of Dr. Margaret McCollum just put a big exclamation point on that goal. Grab a box of kleenex as you’re going to need it after you read the incredibly touching story of Margaret who was married to one, Oswald Lawrence.

As the story unfolds, the couple happily lived in London together, with Oswald working as an actor and voice artist, while McCollum had a distinguished career as a GP.

Among her husband’s most simple but longest-lasting work was to voice the iconic “mind the gap” phrase that is said as the tube pulls up to each station, cautioning customers to be careful of the gap between the train and the platform. Oswald recorded the announcements for the London Underground’s Northern Line in the early 50s.

Fast forward over 50 years when, in an attempt to ease the pain of her husband’s passing in 2007, Margaret began visiting the Embankment station each day to hear Oswald’s voice as the tube arrived at each station where she continued this daily for 5 years.

In 2012, the dreaded concept of ‘progress’ led to Oswald’s voice being replaced with a digitized version of the station’s announcements allowing for a modern system to be used. Margaret contacted the London Underground explaining how the original speech was recorded by her late husband, Oswald and how Oswald’s passing had left a hole in her life, but that the “mind the gap” announcement had helped her cope. This is where my love of forever London kicks into high gear.

It seems that Margaret simply asked for a recording on cassette that she could listen to whenever she wanted at home. Rather than just write this off as a by-product of progress, the Transport for London Underground staff set about finding the recording, searching through archives of past recordings, before digitizing them.

Once Oswald’s recording had been found, work was done to try and restore the voice. Cutting through the customary bureaucratic red tape that one can only imagine, Oswald’s voice, once again, delivered the “mind the gap” command beginning in early 2013. Margaret’s dream of remaining connected to her life partner became reality as Oswald’s voice plays three times for every train at the Embankment station which, to this day, remains the only station on the Northern Line which has a different voice saying “mind the gap” before a staff member takes over for any additional announcements.

Next time I’m in London, my first stop will be the Embankment Station to say ‘hi’ to Oswald and Margaret.