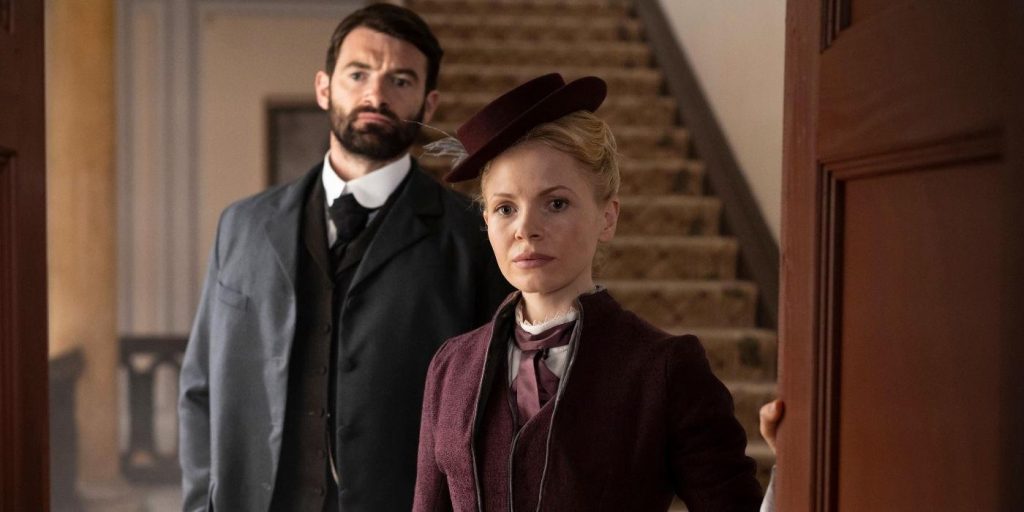 It’s official, Eliza Scarlet (aka Miss Scarlet) and William Wellington (aka The Duke) are back on the case this Fall. Kate Phillips (The Crown, Peaky Blinders) and Stuart Martin (Jamestown) will reprise their roles when the series returns with six new episodes beginning Sunday, October 16 as part of the Masterpiece series on PBS.

As it’s been just a bit since the unlikely crime-fighting duo burst onto the scene in January 2021, we were introduced to Eliza Scarlet, an unmarried woman in Victorian London whose father has just died. Finding herself stuck in between the proverbial rock and a hard place, with no husband to take care of her and no job to speak of, Eliza makes a difficult decision to continue on and lead her father’s detective agency.

As you can imagine, she’s starts each day with two strikes against her from all the Victorian naysayers because not only is Eliza a woman in the workforce, but she also dares to make a go of it in the male dominated detective business. Fortunately, she quickly makes an ally of childhood friend and professional colleague, Detective Inspector William Wellington of Scotland Yard or, ‘The Duke.’

Series creator/co-writer Rachel New has promised more of the same old Duke and Eliza dynamic (i.e. will they or won’t they) as they continue to blow through case after case in Victorian London. Returning alongside Phillips and Martin will be a number of familiar faces to fans of British drama on PBS including Andrew Gower (Poldark, Outlander), Kevin Doyle (Downton Abbey), Ansu Kabia (World on Fire, The Long Song), and Cathy Belton (Philomena).

Be on the lookout for a Tellyspotting interview with Rachel New coming up in the not-too-distant future where she talks about what we might expect in series 2.