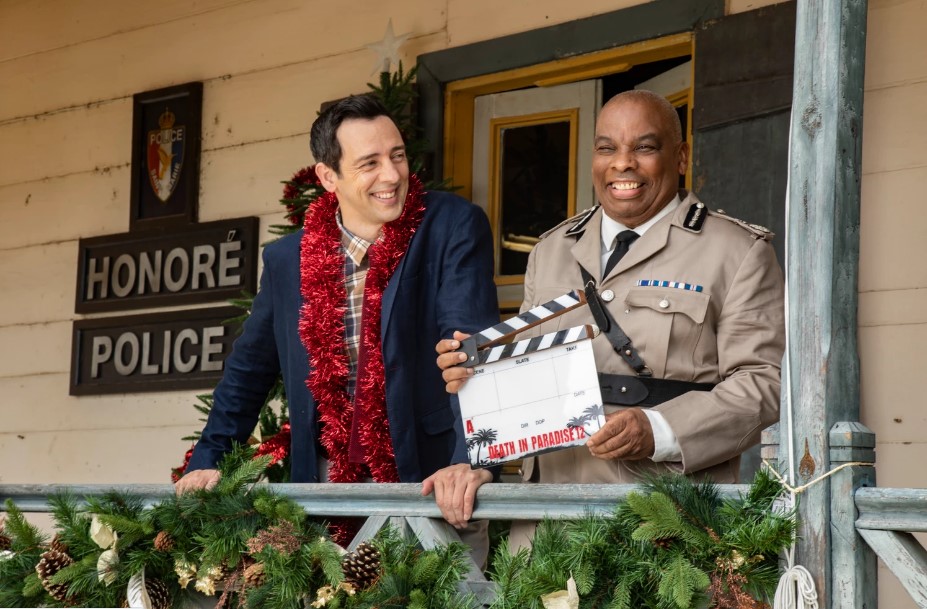 Ralf Little and Don Warrington are all smiles as filming begins on Death in Paradise Christmas 2022. Photo: BBC

Our first look at the forthcoming Death in Paradise Christmas Special has Ralf Little (DI Neville Parker) and Don Warrington (Commissioner Selwyn Patterson) all smiles — most likely because production has just begun and there are no victims and no murders to solve as of yet.

As with series 11, series 12 will be comprised of 8 episodes and a Christmas Special. While it has only been short while since series 11 ended, you might remember the bombshell cliffhanger ending where Commissioner Selwyn was met by his former lover Maggie Harper (Orla Brady), who returned to Saint Marie to tell him that she still had feelings for him and that her daughter Andrina was actually fathered by him and not her late husband. 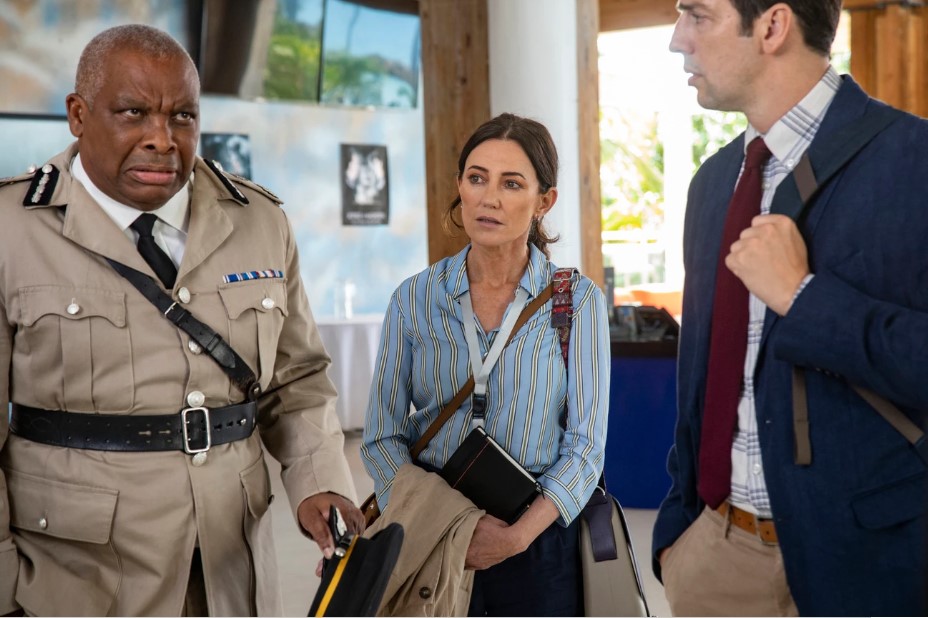 Joséphine Jobert – who plays DS Florence Cassell – left the show in series 11 as her character sets off on an undercover mission in Jamaica leaving Saint Marie to infiltrate a notorious crime family led by matriarch Miranda Priestley (Victoria Ekanoye).

Death in Paradise executive producer Tim Key said in a statement, “We’ve got a fantastic story which comes loaded with all the mystery, intrigue and surprise that our fans love to see.”

Look for the 2022 Christmas special this December on BBC1 with series 12, most likely, returning in early 2023. If all tracks as planned, series 12 and the Christmas specials will be available to public television stations beginning Spring 2023.