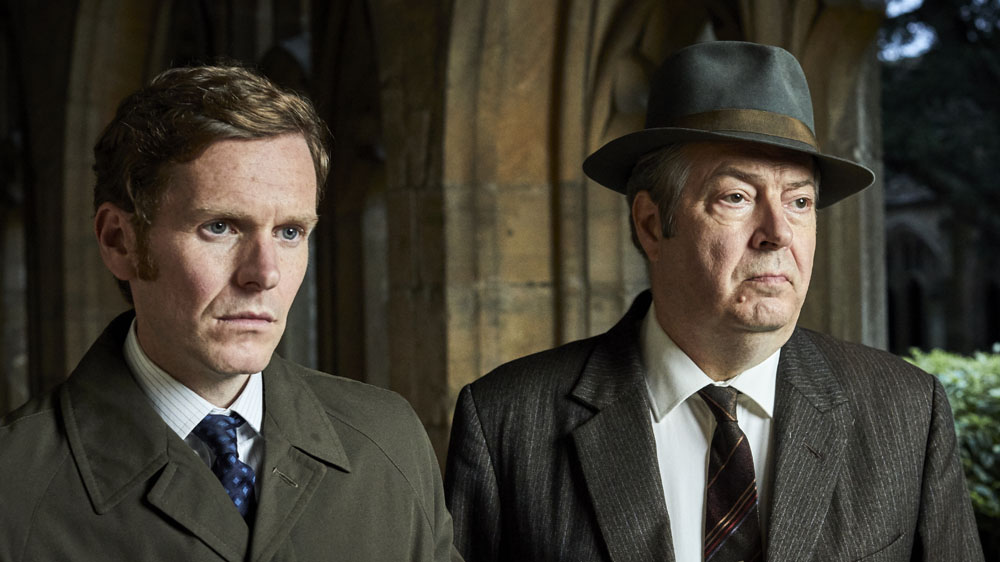 With Sunday’s return of Endeavour prominently marked on our calendars, Masterpiece is giving everyone a quick recap as to where we ended series 7 just over a year ago. Lest you forget, a lot has happened and a lot is getting ready to happen so this will be a must read leading up to Sunday’s return on your local PBS station!

Celebrating his 10th year which kicked off with a one-off ‘pilot’ in 2012, Shaun Evans portrays the young Endeavour Morse beginning his career as a detective constable after leaving Lonsdale College of Oxford University late in his third year without completing his degree.

The young Morse spent a short time in the Royal Corps of Signals as a cipher clerk before joining the Carshall-Newtown Police where he was subsequently transferred to CID after only two years as a uniformed police constable where he later became a detective sergeant with the Oxford City Police CID. Spanning the years of 1965 (pilot) through 1970 (series 7), Sunday’s premiere episode of series 8 is set in 1971.

Since it’s been the better part of a full year since we visited Oxford, we thought a brief Endeavour primer is in order to review series 7 and look ahead to series 8 for each cast member.

When we last left Morse at the end of Season 7, Violetta was dead in his arms and DCI Fred Thursday.

by his side. How did this all come to pass? Violetta, the mysterious woman he’d had a love affair with, was married to Ludo, supposedly an old acquaintance from Morse’s school days. But it turned out that Ludo and Violetta were the murderous scammers responsible for the series of seemingly accidental deaths, the final one having killed PCS Bright’s wife.

By the time Morse finally connected the dots, he’d already burned all his bridges at Castle Gate. He’d scorned and criticized his colleagues’ work on the case of the towpath killer—Thursday especially—and antagonized his mentor and friend so deeply that they both decided it would be best for Morse to transfer to Kidlington.

In the season finale, before leaving for Venice full of regret and trying to make things right, he wrote to Joan Thursday about her father,  saying, “He has ever been the best and wisest of men, and a better friend to me than I could have wished for or deserved. I let him down.” Thursday followed Morse to Venice and saved his life by killing Ludo, but not before Violetta threw herself in front of the bullet that Ludo intended for Morse.

At the end of Season 7, we don’t know the status of the transfer to Kidlington or Morse’s relationship with Thursday. We know only that he was deeply betrayed by the woman he loved, had been blind to the clues, and she died in his arms. 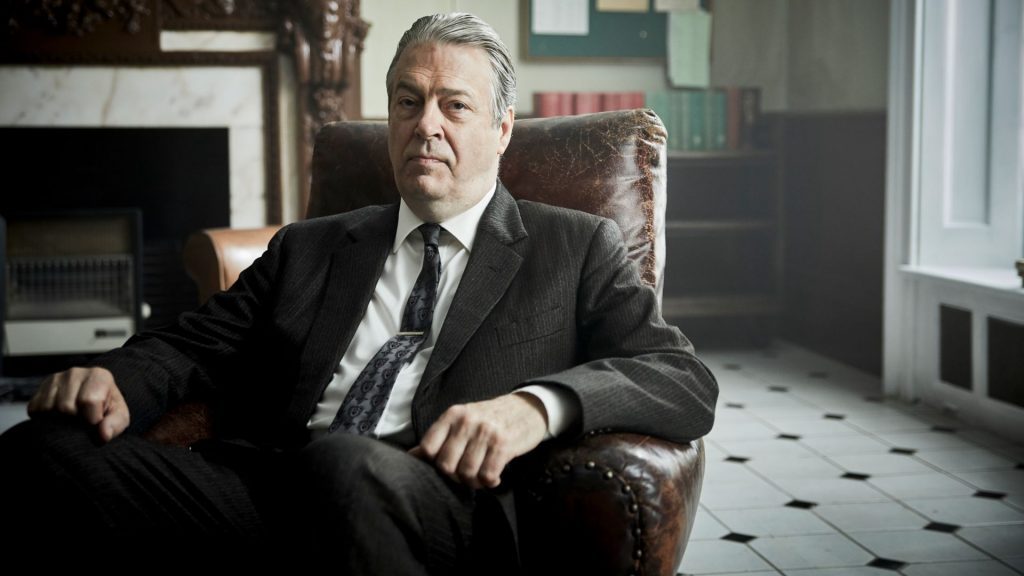 Over the course of Season 7, Morse and Thursday’s relationship became increasingly antagonistic, a chasm between them deepening. It began when Morse returned from Venice to criticize his colleagues’ investigation into the towpath killing, calling Thursday’s assessment “pedestrian” and the investigation “slipshod,” and culminated in a vicious argument as a victim’s corpse lay on the ground between them.

Thursday’s loving home was once a light against the darkness of his work. But that light has dimmed as his retirement had to be postponed, Win’s disappointment grew, and his children left the nest (daughter Joan away on secondment and son Sam in the British Army). To have his protégé and surrogate son so callously scorn his work, on top of that diminishing light, took a deep toll on Thursday. Thursday saved Morse’s life by that canal in Venice, but whether their relationship can be saved—even with Morse taking responsibility in his regret-filled letter—is another question. 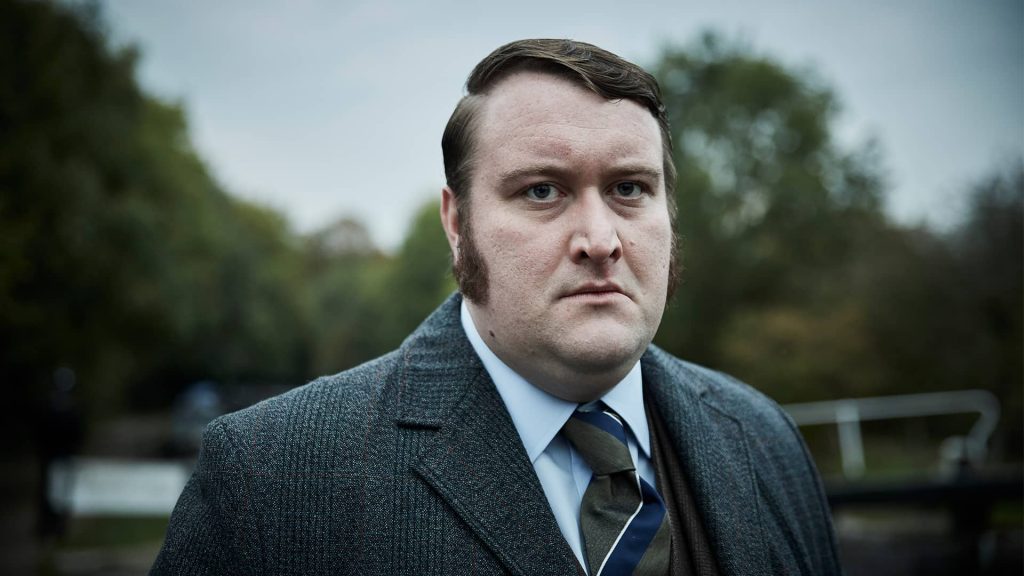 We last saw Jim Strange in Season 7 being carried away on a stretcher after towpath killer Carl Sturgiss stabbed him. We know that he survived the attack because the EMT told Morse and Thursday, “He’ll pull through”; but we don’t know what toll the attack and recovery might have on him, and where he stands with Morse after trying to mediate the Morse/Thursday rift during the towpath killings investigation.

Morse’s behavior repeatedly put Strange in the awkward position of having to remind him not to bring evidence home and to show some respect to Thursday and the job. Yet it was Strange who believed Morse about the connection between the series of accidental deaths, leading to the capture of Carl Sturgiss. So perhaps Strange will remain a neutral party and, through his association with the Freemasons, continue to focus on his career advancement. 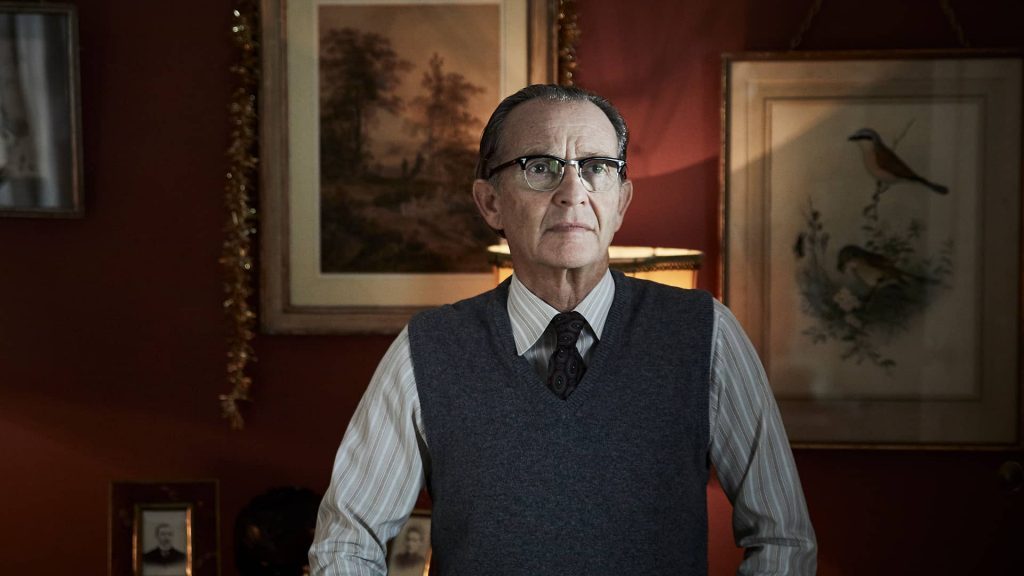 Season 7’s most devastating outcome lies with PCS Bright. Mrs. Bright battled her terminal cancer with faith healers at home and experimental treatment abroad, only to die in a (seemingly) accidental electrocution.

Her devoted husband stood by her side as his own faith was tested, and tragically, when she returned home from the States with an improved prognosis, she was electrocuted putting Christmas lights on their tree. When Morse—only moments after expressing his condolences to Bright—suggested that she was among those actually murdered for insurance money, it was like a knife in the heart of the freshly grieving Bright.

Only later, even as he dismissed the idea of murder, did Bright admit to Thursday that Morse was right about an insurance connection. How the Chief Superintendent could come back from Morse’s callous persistence of the truth in a moment when he could only cause pain, is to be determined, should Morse remain at Castle Gate instead of transferring to Kidlington.

Now…you’re all set for a Series 8 preview!

It’s 1971 Oxford and the series 8 premiere of Endeavour this Sunday at 9:00pET/8:00pCT on PBS Masterpiece. Cheers!