Notlong after Monty Python’s Flying Circus’s October 1974 premiere on KERA-TV in Dallas, one of my earliest memories of watching British comedy on public television was to ‘religiously’ watch Dave Allen at Large. A somewhat nondescript sketch/standup/sitdown comedy series featuring an intellectually brilliant Irish comedian who sat on a high bar stool with a seemingly bottomless glass of whiskey (which was actually ginger ale) in one hand and a cigarette in the other.

A self-proclaimed practicing atheist, Allen’s rigid Catholic school upbringing led to both the Roman Catholic Church and the Church of England being frequent targets of his keen observational style of humor. 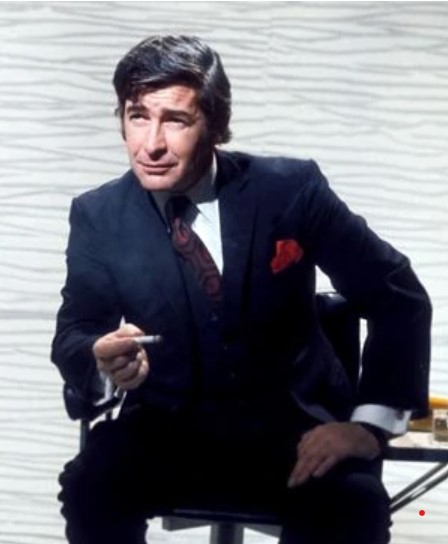 Running from 1971-1979 on the BBC and then soon after on a number of public television stations in America, Dave Allen at Large traditionally began with a no holds barred monologue which then led to a number of filmed and videotaped sketches, many of which featured Allen as the Pope.

Over the years, Allen was an equal opportunity offender with his religious and political humor making him not only controversial but unpopular with Catholics, Protestants and various political MP’s in the UK. It also made him one of the most respected and admired comedians not only in Britain but around the world.

Besides his drop-dead funny “joke telling while sitting on a stool and drinking” solo routine at the top of each show, there are two things I will always remember about Dave Allen at Large from those early impressionable days of watching British comedy on public television.

One being how Allen, who lost the top of his left forefinger above the middle knuckle would continually reference it, in some way, during the show so as to offer some sort of explanation as to what happened. One particular explanation that he gave has always stuck with me. I remember he often stuck his finger in his whiskey glass and it had been eaten away by “…strong drink“. 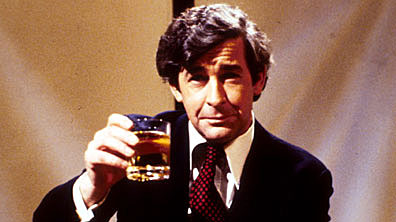 And, two, how at the end of each show, Allen would always raise his glass and quietly toast his audience with the words “Thank you, goodnight and may your God go with you“.

Often dubbed ‘the world’s greatest sitdown comedian’, Allen died almost two decades ago on 10 March, 2005 at the age of 68. In 1996, he was given a lifetime achievement award at the British Comedy Awards. A 2014 documentary for BBC Two, Dave Allen: God’s Own Comedian celebrated the life and career of the enigmatic comic. It’s definitely worth an hour of your time if you can’t find it.

The best of Dave Allen at Large

Thanks to Monty Python’s Flying Circus and Dave Allen at Large for helping me understand the greatness that is British comedy at an early age which continues on to today.