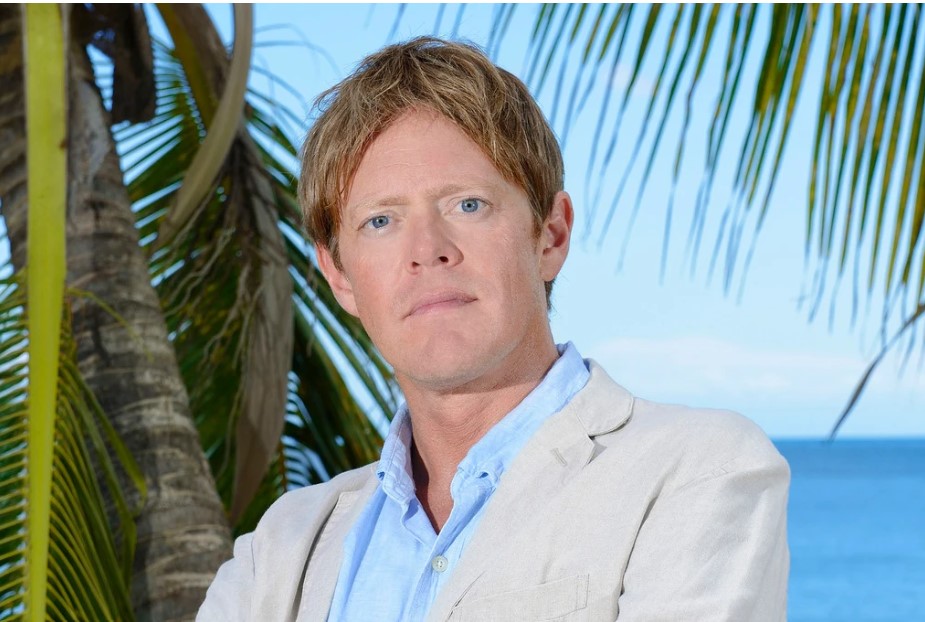 DI Humphrey Goodman (a.k.a. Kris Marshall) spent three years in ‘paradise’ on the fictional Caribbean island of Saint Marie after first arriving to investigate the death of his predecessor, DI Richard Poole, who fell victim to a nasty ice pick in the chest at the beginning of series 3.

Described as ‘endearingly awkward and rather unconventional’, DI Goodman was decidedly less of a ‘fish out of water’ than DI Richard Poole (Ben Miller). The London detective stayed on the island permanently as the new head of the Honoré Police Department after his wife informs him she is leaving him. In the second half of Series 6, Goodman resigns so he can start a new life in London with his girlfriend Martha Lloyd, after forming a relationship with her while she was staying at Saint Marie on holiday.

Taking a page out of the Father Brown / Sister Boniface Mysteries playbook, Marshall will star in a Death in Paradise spin-off, Beyond Paradise, which will see DI Goodman reunite with now fiancée Martha Lloyd (Sally Bretton), picking up with the pair as “they navigate a new life together in the idyll of rural Britain.”

According to Radio Times, Beyond Paradise has the couple ‘seeking a quieter life away from the stress of the city. Humphrey has taken a job as Detective Inspector in fiancée Martha’s hometown. However, they soon find that country life is anything but peaceful and Humphrey can’t help but be distracted by the town’s surprisingly high crime rate with a new, and very different, case challenging him each week.’

Speaking about his return as DI Goodman, Marshall said: “I had the best time playing Humphrey out in Guadeloupe. It’s a joy to be putting his crumpled jacket back on and seeing how life has panned out for him back in the UK. Working with Sally is a dream, and I can’t wait to continue Humphrey and Martha’s story and solve a few seemingly impossible mysteries along the way.”

As much of a ‘paradise’ as Guadeloupe appears to be, the life expectancy of being the lead in the extraordinarily popular Death in Paradise series, which began in 2011, seems to be around three years. The series began with Ben Miller as DI Richard Poole for series 1-3 with Marshall replacing him as noted above. One can only imagine how taxing it can be to continue to have to solve murders every week on a small picturesque island week after week. 🙂

After three series, Marshall was replaced by Ardal O’Hanlon as DI Jack Mooney at the end of series 6. DI Mooney, a recent widower who was grieving the loss of his wife and who assisted the team on a case in London, stayed on the island solving crimes part way through series 9 when he decides he’s ready to face the memory of his deceased wife and returns to London with his daughter.

O’Hanlon was replaced by Ralf Little as DI Neville Parker who initially dislikes being on the island and has severe allergies, especially with mosquito bites. He initially only comes to the island because they need a British detective to sign off on a case, and is forced to stay longer after a period of illness renders him temporarily unfit to travel. However, he decides to remain on the island and eventually warms to the island lifestyle.

Thankfully, the British are masterful at replacing leading characters in high-profile series and not miss a beat. One only has to look as far as Spooks (MI5 in the U.S.) to understand my point. As long as you have a Don Warrington (Commissioner Selwyn Patterson) or Peter Firth (Sir Harry Pearce) as your anchor for the entire run of the series, you’re covered.

Filming for Beyond Paradise is set to begin on location in the UK later this year.