On July 5, 1937, the American culinary landscape as we know it would change forever, courtesy of Austin, Minnesota. Eighty-five years ago yesterday, America ushered in the arrival of the canned luncheon meat known as SPAM.

Post Great Depression, SPAM became an instant success for its versatility as it could be opened with an accompanying key so no can opener required, it was filling and, most importantly, it had a long shelf life and needed no refrigeration as, at the time, less than ten percent of American households had a refrigerator.

Widely used by the U.S. Army to the tune of over 100 million pounds consumed by Allied troops oversees during World War II, the eat-right-out-of-the-can ‘pork’ product frequently finds itself on food’s most revered and most reviled list at the same time.

Originally made from five simple ingredients: pork with added ham meat, salt, water, sugar and sodium nitrite (a preservative), thank goodness potato starch was added to the recipe in 2009 to reduce the gelatin that surrounded the meat. 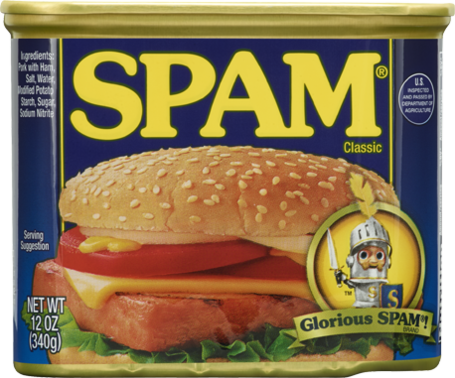 While more than 8 billion cans sold since that fateful day in July 1937, Spam reached the pop culture pinnacle in December 1970 when Monty Python’s Flying Circus made the ‘mystery meat’ famous in a sketch written by Terry Jones and Michael Palin.

Set in the fictional Green Midget Café in Bromley, it took a group of Vikings, a Hungarian tourist and the Spam-loving Mr. Bun extolling the virtues of having Spam in everything to the obvious disgust of the café waitress to bring Spam to the forefront of 20th century pop culture.

While Hormel continues to state that the meaning of the name “is known by only a small circle of former Hormel Foods executives”, a popular belief is that the name is a contraction of “spiced ham”. It definitely doesn’t stand for ‘something posing as meat’ as some suggest.

Opting for the taste descriptive of ‘kinda like ham’ as opposed to ‘tastes like chicken’, Spam exploded on the scene mainly due to its uncomfortably lengthy shelf-life and culinary versatility in that it could be cooked or eaten directly from the can. 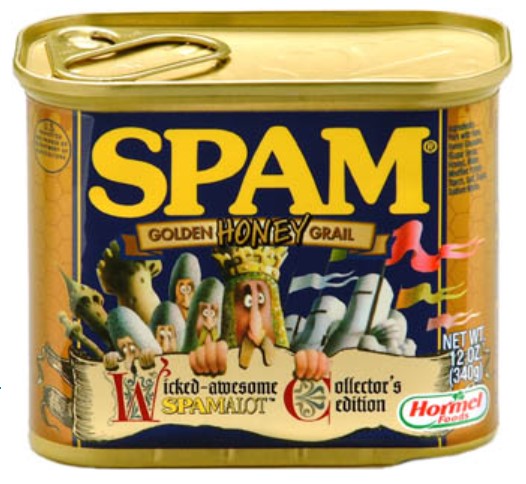 I don’t know about you but I’m off to search the Internets to find the recipe for Lobster Thermidor aux crevettes with a Mornay sauce, garnished with truffle pâté, brandy and a fried egg on top and Spam.