As the outside temperature hits 106 degrees today (112 heat index), my mind immediately wanders to the first time I came upon a little slice (or, pint) of heaven by the name of Humphry Slocombe.

Ok, they didn’t ask “Are you being served?” and no one said, “I’m free” when I finally hit the front of the line at Humphry Slocombe in San Francisco’s Ferry Building but the evidence as to the influence on owner’s Jake Godby and Sean Vahey’s craft was abundantly clear. 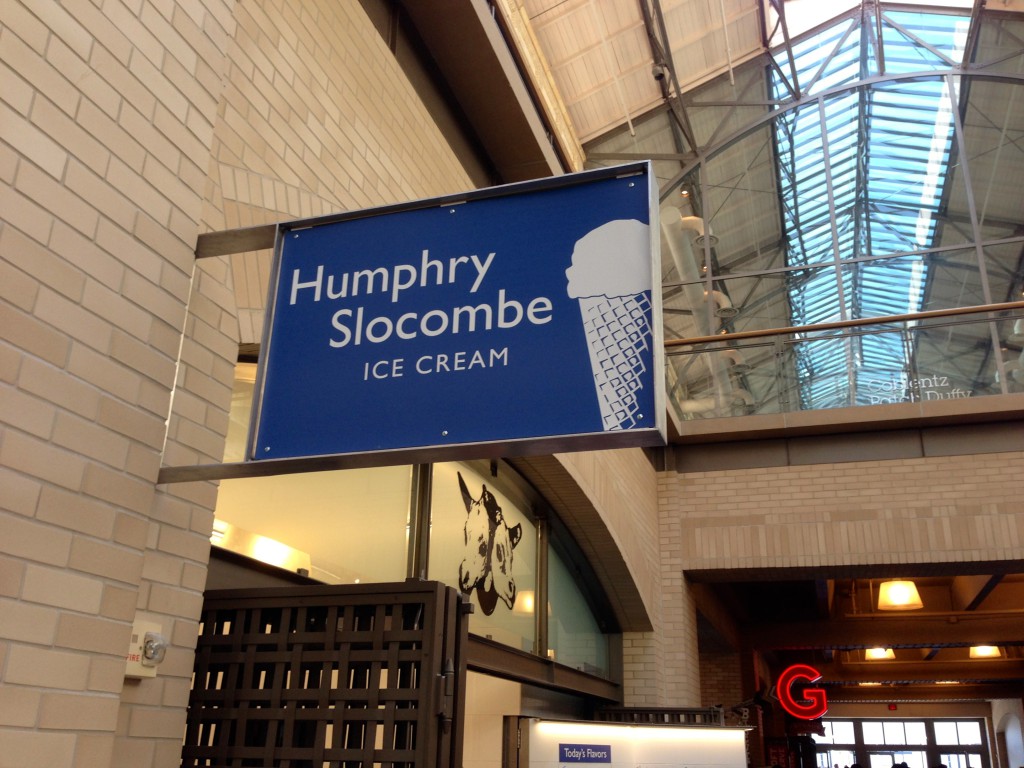 The vintage British sitcom Are You Being Served?, a shared favorite of both during their formative college years, Humphry Slocombe gets its namesake inspiration from two characters in the show, Wilberforce Claybourne Humphries and Mary Elizabeth Jennifer Rachel Abergavenny Slocombe. “The way I explain it is that Chez Panisse, Berkeley’s ode to simple food, is named after a highbrow French film, wouldn’t it be perfect to name a punk ice cream shop after a lowbrow, baudy British farce,” said Godby. 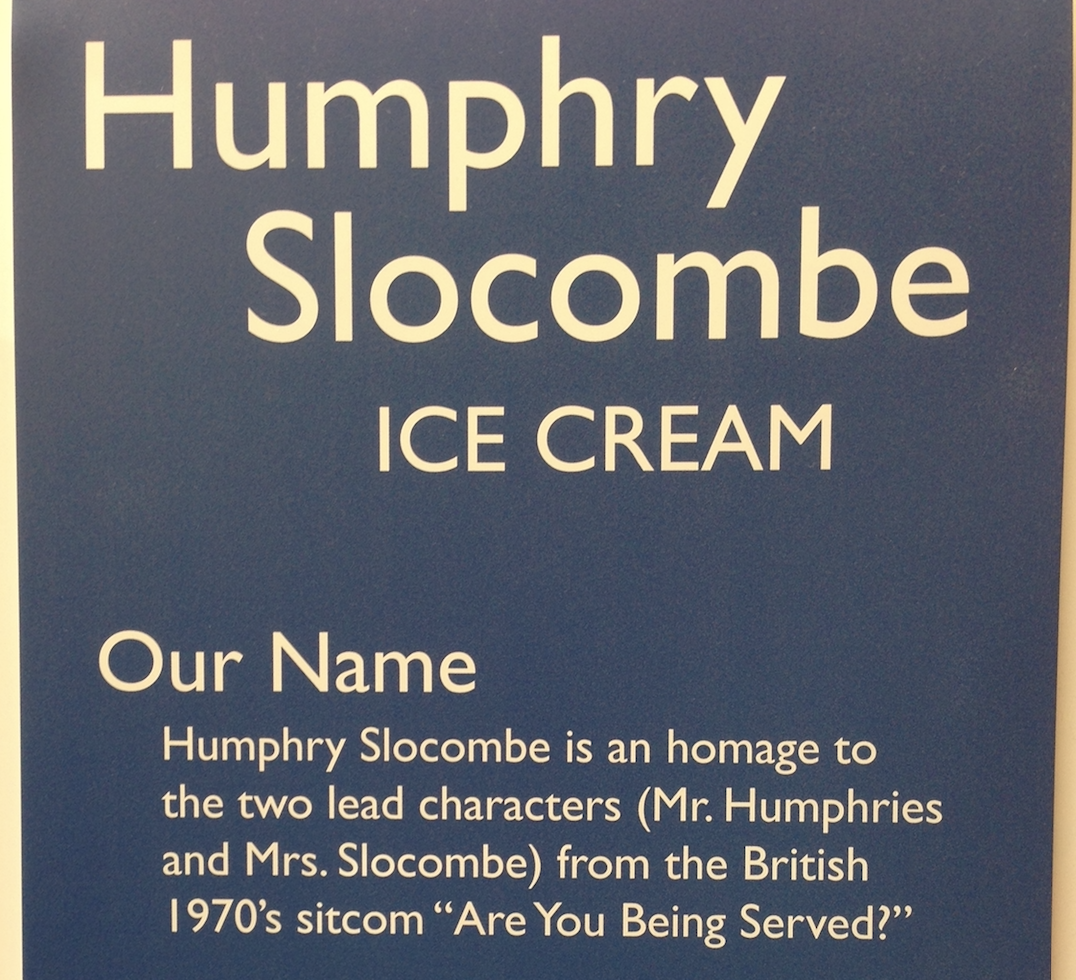 Well, aside from the fact that the folks at Humphry Solocombe make ALL of their own ice cream, sorbets and toppings, they just plain give good ice cream. Only 12 flavors are available every day, all carefully selected from the roster of 80 versions. “There’s a whole world beyond chocolate, strawberry, vanilla. Why can’t you make peanut butter–curry ice cream?“, Godby said, adding that “…the last flavor I would ever make is cookies and cream.” 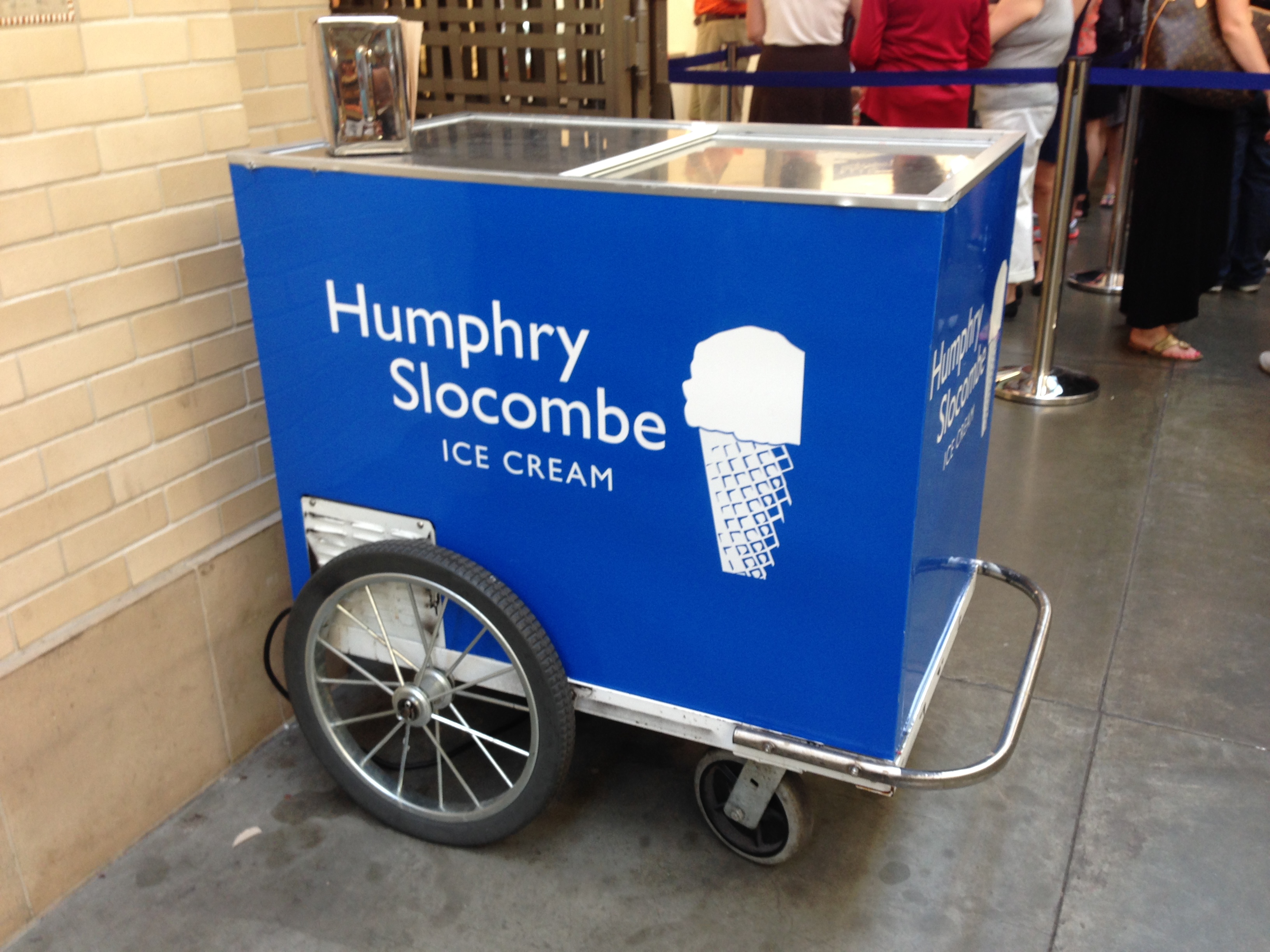 While I did panic and go the safe route, combining Tahitian Vanilla and Ancho Chocolate, I suggest trying the Peanut Butter–Curry, Fluffernutter or the Here’s Your Damn Strawberry ice cream next time you want to experience a bit of heaven, especially when the temperature is north of 100 degrees.