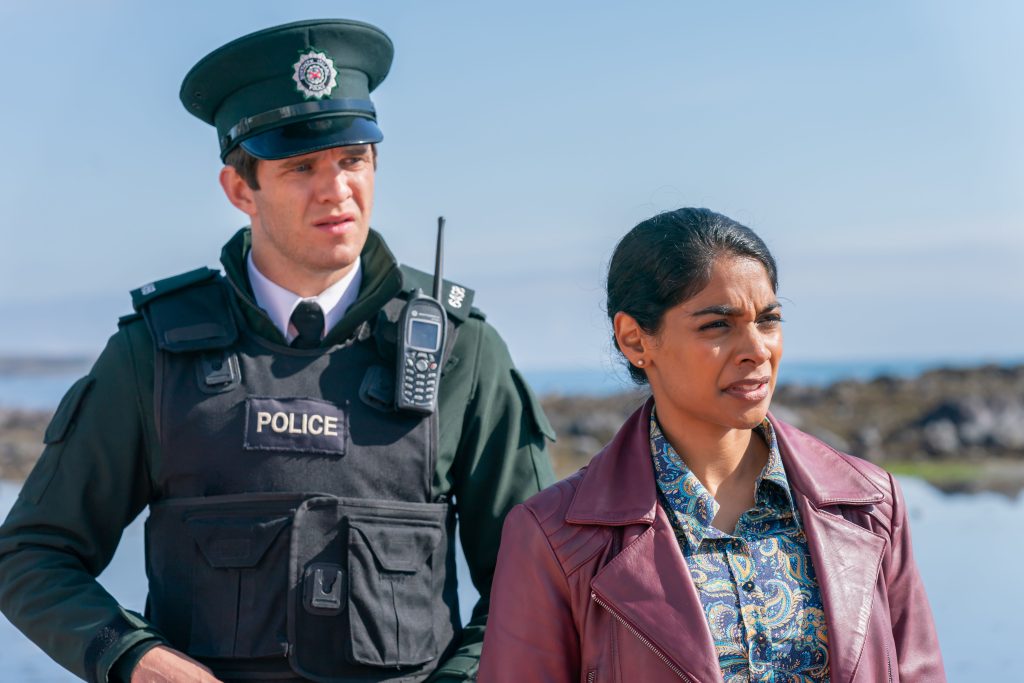 Set in the fictional town of Port Devine on the Northern Irish coast, Hope Street focuses on Port Devine’s police department and the mysterious arrival of English Detective Constable Leila Hussain, the first Muslim police officer in the town’s history. Mysterious in the sense of many local residents pondering the reason behind her arrival from the outset.

While the fictional Port Devine won’t make anyone forget about the fictional Portwenn and the setting for another long-time public television favorite, Doc Martin, Hope Street is filmed in picturesque Donaghadee, Northern Ireland with a largely local ensemble cast. 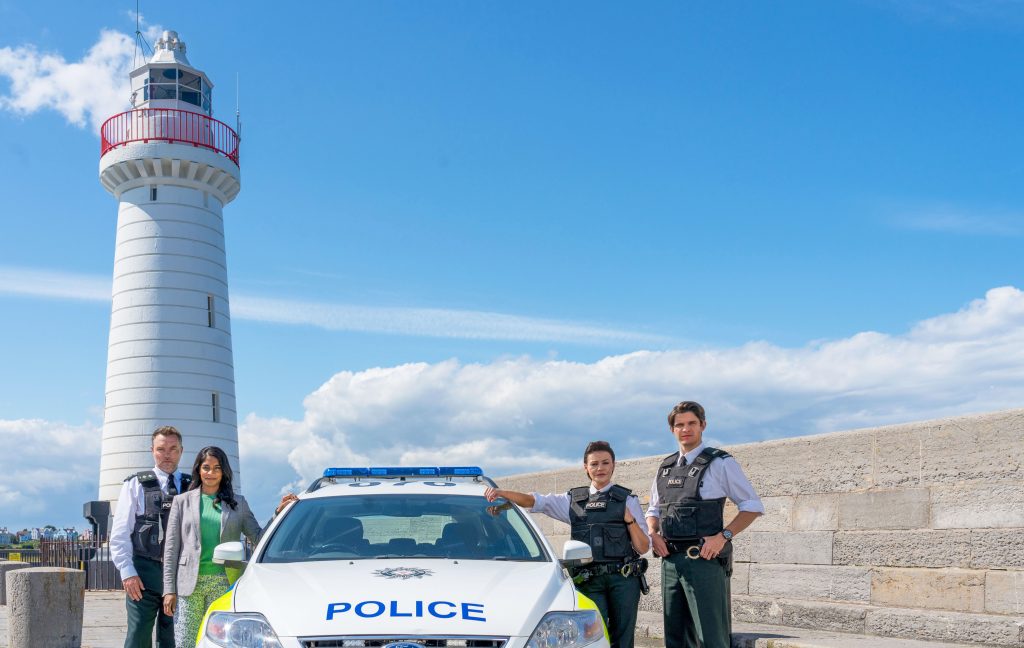 In advance of the public television premiere, American Public Television caught up with series co-creator, Belfast-born Paul Marquess to ‘talk Hope Street‘ including his vision for the series and his desire to focus on the humor and warmth of the people of Northern Ireland. 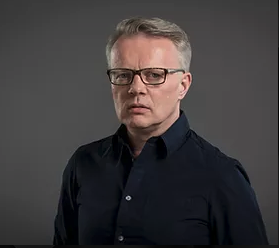 Could you tell us about the series, and why it is named Hope Street?

It’s the sort of thing that could happen to anybody. What we see is a community, pulling together to try and sort things out. My hope is that’s the direction that Northern Ireland will travel in. That’s the way that we’d all like our communities to go, where we are helping each other out, working together, rather than being divided.

The series has been well received in the UK. How do you think that Hope Street does differs from the typical police and crime dramas in the UK?

Marquess: I have been making police shows since the year 2000. Ever since, I’ve done nothing else. But I was struck when I started making crime drama that you have instant stakes and instant human interests. And of course, you have the structure that the investigation gives you.

So, Hope Street has all of that in spades, but I hope our show is very human. I hope it’s very relatable. I felt, certainly in the UK, there was a gap in the market for a show like this. We wanted to make a show that anybody could watch at any time. I hope it’s ultimately very warm, and life affirming.

We wanted to create a community, and a place, and a set of characters that you’d want to spend time with, or a place that you want to spend time in. And that has absolutely been the reaction here [in the UK]. We are very hopeful that U.S. audiences will love it.

How is your own upbringing in Belfast directly reflected, or not, in the series?

Marquess: I co-created the series with a writer called Susanne Farrell. And she, like myself, is from Northern Ireland, and we both live in London. So, there might be a little tinge of nostalgia for our childhood in some of these characters. We were very keen not to airbrush Northern Ireland’s difficult history out of this show altogether.

We were also really keen that this show had a Northern Irish flavor to it. And I think that’s very evident in the sense of humor. There’s a slightly cynical, slightly quirky sense of humor, which is very, very Northern Irish. But really, we’ve all got to feel there are touchstones there that we recognize, and that what they’re going through, that we identify with. And the writing can only do so much, the acting is what really brings that to fruition. And we’ve been blessed with a really fantastic cast.

How important was it for you and co-creator Susanne Farrell to assemble a cast and crew of mostly local talent?

Marquess: Oh, hugely important. It was so easy to cast, I’d always dreamed of working with Brid Brennan, who plays Concepta. She is a fantastic actress. It’s an honor and privilege to work with Des McAleer, who plays Barry. I worked with him 20 years ago on something else, and always wanted to work with again.

Ciarán [McMenamin] said, when he picked up the script, he thought, “Oh, I’ve never read this before. I’ve never been offered this before.” Something, as he says, sent it home for him, because he also lives in England. And that isn’t about The Troubles, that isn’t about murders… That was wholesome, and warm, and life affirming. And every one of them read the first script and said, “I really, really want to do this show.”

What was your reason behind creating a female main character who is English, but whose parents are from Pakistan. And why is actress Amara Karan a good choice for the role?

Marquess: Well, we always wanted in the first episode, because we had broadcasters saying, “Oh, this is new. And for the UK audience, is there someone to hold their hand as we arrive in Port Devine?” This is somewhere the audience haven’t been before, not like this.

But [The character of] Leila is not a religious fundamentalist, but she turns up in Port Devine as basically, the town’s first Muslim. And they have to think about that, that’s all. They’re a lovely, warm, welcoming bunch, but it’s something they haven’t experienced before.

But of course, you could argue that Northern Ireland is in religious terms, a pretty fundamentalist place. So, there’s just an irony there that tickled us, really. A fish out of water, someone to ask questions about this place so the audience don’t feel that they’ve just been dropped into a world they don’t understand. There’s someone to interpret that for them.

When Amara came along, she’s got so much guts, and the camera loves her. She’s got loads of guts and energy, and it felt like she’d be a proper catalyst, which indeed, she turned out to be.

Do you think that also kind of speaks to the cultural blending and understanding not just in Port Devine, but across the UK?

Marquess: Northern Ireland, like so many places, is changing fast, and I think, for the better. And it just felt like the right sort of thing to do tonally. To say this is about how we feel about humanity and other people, and how people get on and don’t get on.

And the point about Hope Street is, it’s about people getting into trouble, or making mistakes, or breaking the law and how you sort that out as a community. That’s what this show is about, ultimately.

You are currently on production on a second season. Are there any hints of what viewers might be able to expect in the new season?

Marquess: What can I say that doesn’t give too much away? There is a fantastic story in Season Two where one character is trying to act as a surrogate for another, but I’m not going to tell you who. It’s classic Hope Street in turns, it is very funny; and then, it really breaks your heart, as well.

Our writers have managed to come up with 10 really fresh crime stories. We are getting to the end of shooting, so we’re nearly 20 episodes in it now, and it feels like we’re just beginning to open these characters up. I don’t, for a moment, feel that they are spent and we need to replace them. And I hope that they’ll all be back for Season Three, is my wish at the moment.

Are there any particular words or phrases in the Northern Irish lexicon that you think Americans should be able to add to their vocabulary?

Hope Street can be seen on a number of public television stations beginning this month.