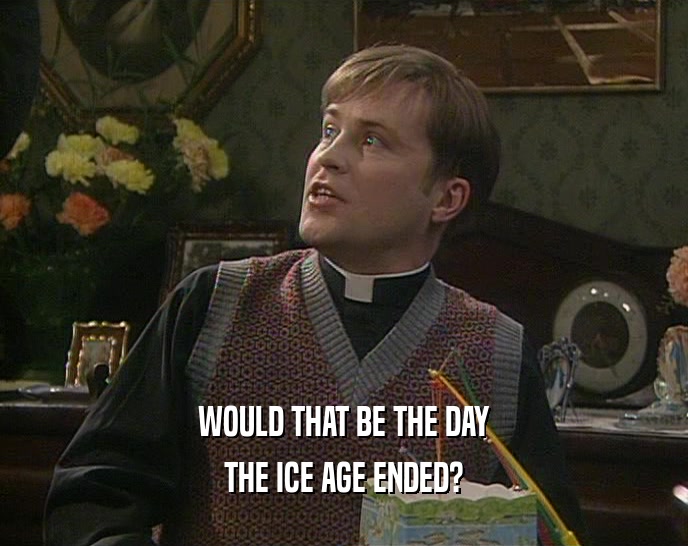 With temperatures across the globe hitting record highs the past couple of days, I hope everyone is staying hydrated, staying in the shade and surviving as best you can. 110 degrees is bad enough where I am but one can’t even begin to fathom it being 104F (40C) in London today which is, reportedly, the highest temperature on record to date.

It goes without saying that temperatures of this caliber are nothing to laugh at or take lightly. That said, a TOH to long-time friend and colleague, Reid Robinson, for sending this along. Who knew that it took the greatness of Father Ted and, specifically, Father Dougal McGuire to confirm that it was on today’s date (July 19) that the Ice Age ended. Ok, it was almost 5 million years ago but Dougal pinpointed it as happening on July 19!

Be careful out there wherever you are.