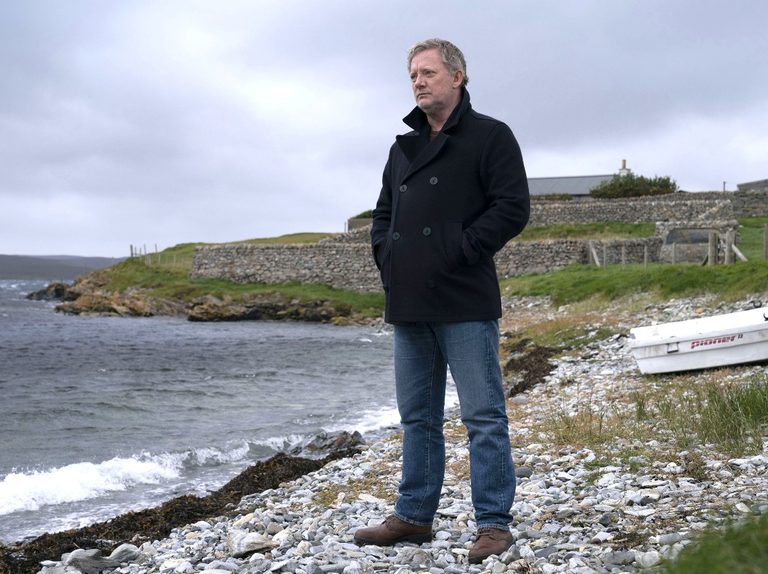 Sad for us, but good for him, DI Jimmy Perez (aka Douglas Henshall) will leave the Shetland Islands in his rear view mirror when series 7 comes to a close later this Autumn. After having done his level best during his almost decade long tenure to unravel the seemingly endless murder mysteries set across Scotland’s striking Shetland Islands, it’s time according to Shetland series star Douglas Henshall.

Citing that the character’s story has reached its natural conclusion, Henshall said, “After series 5 of Shetland, David Kane and I decided we wanted to do two more series to complete the story of Jimmy Perez. So series 6 and 7 were commissioned together to give us time to wrap up Perez’s story to a satisfactory end.”

“It’s been one of the privileges of my career to play Jimmy Perez for almost 10 years and to work with so many wonderful people both in front of and behind the camera, and also to spend so much time in Shetland. The Isles were so much a part of our show and of Perez himself. I’ll miss him and the place. I wish everyone involved much luck with whatever happens next,” Henshall added.

And, for those American audiences that have yet to see series 6…

Unfortunately, crime and murder wait for no one so they won’t be leaving the Isles when DI Perez does but, fortunately for everyone, Shetland will return for an eighth season next year with a new actor in the lead role, although casting details are yet to be announced.

Shetland S7 will air on BBC One and BBC iPlayer beginning next month.