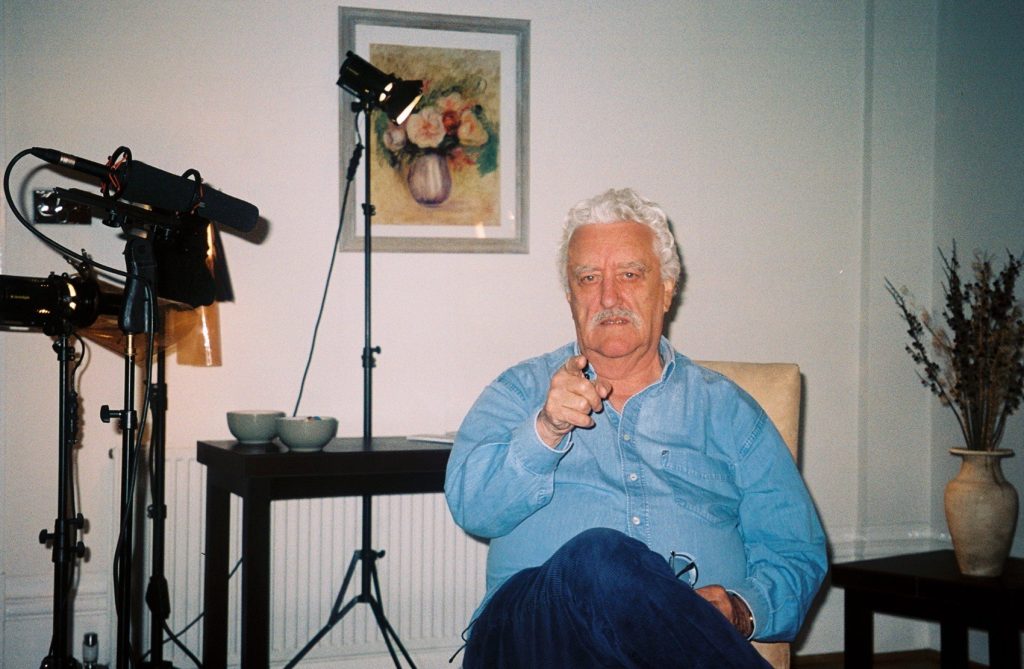 Bernard Cribbins, the rather fussy spoon salesman mistaken for a hotel inspector in one episode of Fawlty Towers, has died at the age of 93. During a brilliant 7+ decade career, Cribbins’ appearances ranged from early 60s Carry On movies to a recurring role as Wilfred Mott, Donna Noble’s grandfather in Doctor Who. 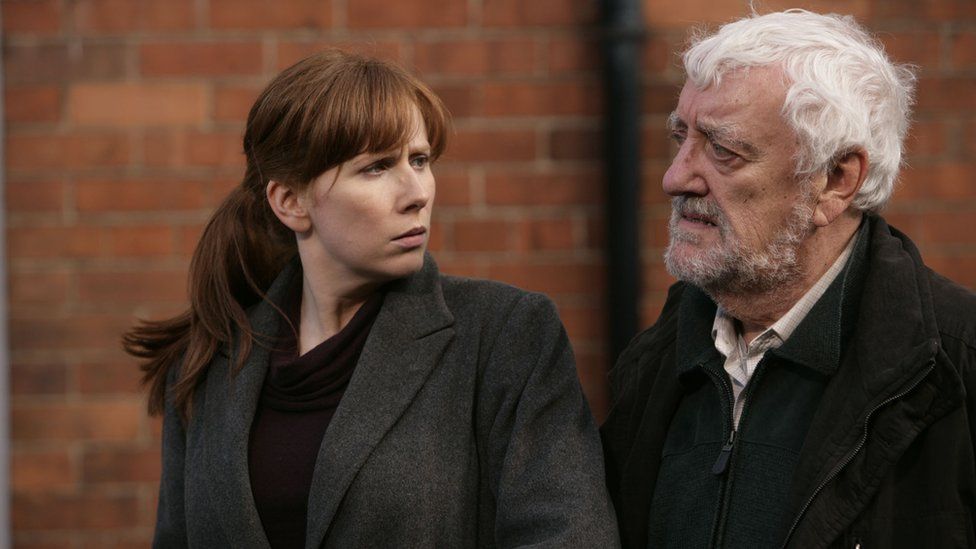 With Catherine Tate on Doctor Who in 2008. Photo: BBC

In between, he was well-known to audiences as the soft-hearted station master in the 1970 film, The Railway Children, the Covent Garden pub landlord in Alfred Hitchcock’s Frenzy, children’s program narrator for The Wombles and a title role in the CBeebies series Old Jack’s Boat. Cribbins acted alongside the likes of Peter Sellers, David Niven, Ursula Andress, Peter Cushing and James Cromwell.

**That said, much like what Nicky Henson told us in 2005 about his own exhaustive acting career during the filming of the PBS special, Fawlty Towers Revisited, Cribbins will be forever known as ‘being in the “Hotel Inspectors” episode of Fawlty Towers, which is a testament to the greatness of perhaps the best British comedy of all time but speaks more to Cribbins’ brilliant ability to make even a relatively minor role such as Mr. Hutchinson in one episode of Fawlty Towers so memorable.

In 2005, several of us had the great good fortune of spending the day with Bernard Cribbins for the PBS program, Fawlty Towers Revisited, which celebrated the 30th anniversary of the John Cleese/Connie Booth masterpiece…a day none of us will ever forget.

During his career, Cribbins was a very familiar face to many public television viewers of British television with guest roles in New Tricks, Midsomer Murders, Last of the Summer Wine, Dalziel and Pascoe in addition to the unforgettable time he matched wits with Basil Fawlty over his desire to watch a ‘televisual feast’ on BBC2 about Squawking Bird, the leader of the Blackfoot Indians in the late 1860s.

From the Department of ‘Is There No End to Bernard Cribbins’ Greatness’, Cribbins released two comedy records: “Hole In The Ground” and “Right Said Fred” in 1962, both of which reached the UK Top 10 and were produced by George Martin, who would shortly sign the Beatles. The third and final Cribbins single of the year “Gossip Calypso”, written by Trevor Peacock (Jim Trott, Vicar of Dibley), was another top 30 hit. Peacock also wrote “Mrs. Brown, You’ve Got a Lovely Daughter” made famous by Herman’s Hermits.

Fortunately for all of us, Cribbins ultimately decided to quit the novelty record business as “novelties tend to wear off after a while,” he said. They may wear off but they aren’t forgotten as years later he was asked to sing “Hole In The Ground” at George Martin’s memorial service at St-Martin-In-The-Field.

In 2018, just shy of his 90th birthday, Cribbins published an autobiography which took a look back on his seven+ decades in show business. The title was Bernard Who? 75 Years Of Doing Absolutely Everything – and the advice was simple yet summed up his life in show business.

— Do your best and be grateful for every single job —

R.I.P. Bernard Cribbins. Thank you for a lifetime of laughter now and in the future.