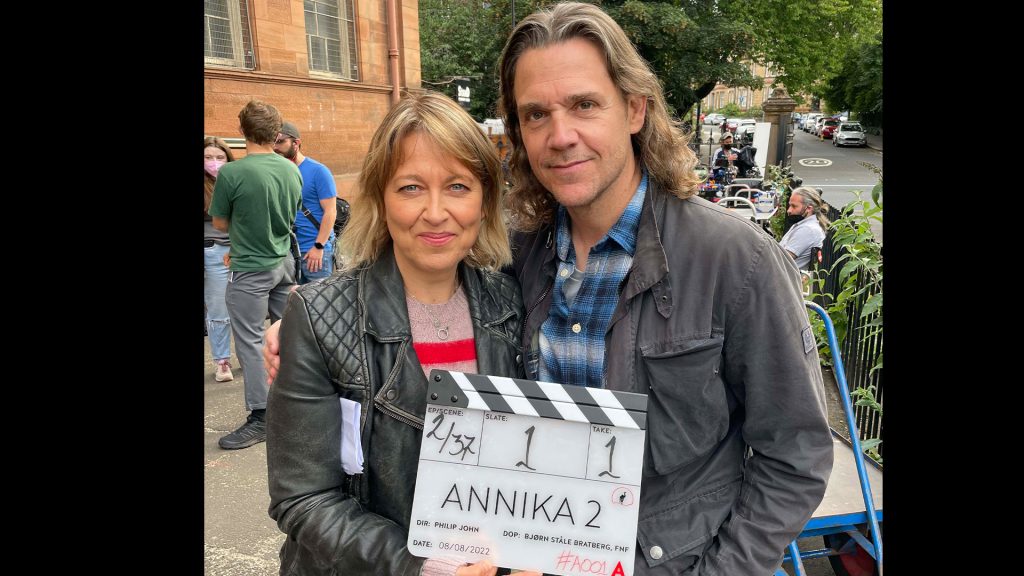 From the time I was first introduced to the greatness of Nicola Walker in her role as DI Susan Taylor in Touching Evil (co-starring with Grantchester‘s Robson Green), followed by her time as Ruth Evershed in Spooks (MI5), guest roles in Luther, Being Human and Inside Men, then her more recent efforts in Scott & Bailey, Last Tango in Halifax and The Split once again I’m convinced she could simply read the phone book and I’d be there front and center.

Just beyond the horizon this Fall (October 16 to be exact) is another Nicola Walker bit of drama greatness headed to PBS. Annika, based on the Radio 4 drama Annika Stranded, is a six-part series that follows DI Annika Strandhed (Walker), the speedboat-driving head of Glasgow’s newly-formed Marine Homicide Unit, as her specialist unit is tasked with investigating a number of mysterious deaths and unexplained murders off the coast of Scotland.

Walker, who also voiced Annika in the Radio 4 drama, will be joined by a star-studded cast, including Jamie Sives (Guilt), Katie Leung (Harry Potter, Roadkill),  Ukweli Roach (Grantchester) and Kate Dickie (The Cry). Writer Nick Walker, who also wrote the radio drama, seemed beside himself on Twitter as filming began back in late 2020.

With DI Strandhed frequently breaking the fourth wall to include the audience in her investigations into the aforementioned mysterious deaths and unexplained murders off the coast of Scotland, jokingly, it reads like a cross between Miranda and Shetland but even if it was, with Nicola Walker in it, I’m there…with or without a phone book.

Nicola Walker said: “We are all looking forward to fighting crime on sea and land with the MHU for a second series and there are secrets closer to home for Annika that will have to be faced. It’s going to be a bumpy ride!”