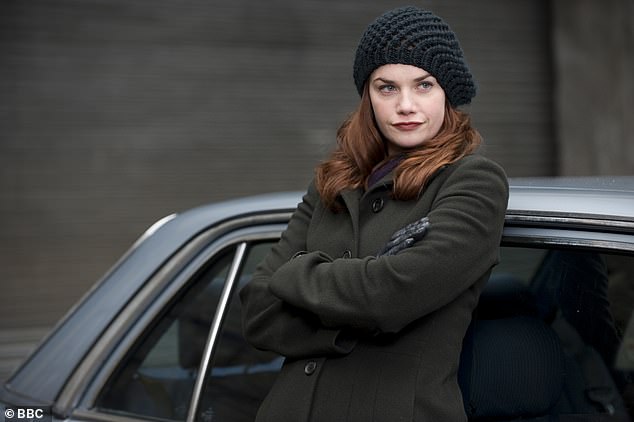 Starring Ruth Wilson (Luther, The Affair, His Dark Materials) and Daryl McCormack (Peaky Blinders), the recently commissioned The Woman in the Wall is definitely one that I plan to clear space on my DVR for in the future and, just maybe, consider watching with the lights on.

Set in a fictional Irish town of Kilkinure (County Mayo), the gothic thriller will explore the very real aftermath of the Magdalene Laundries and is being described by the BBC as possessing dark humour and elements of psychological horror, two traits that Ruth Wilson should know quite well as one can’t help but think of her chillingly brilliant effort as Alice Morgan in Luther when you hear those words.

The inhumanely run institutions, which were operated by religious communities from the 18th to the late 20th centuries across Ireland, housed ‘fallen women’ who were sent to the laundries to atone for “sins” such as adultery and teenage pregnancy. The Catholic-run Magdalene Laundries, also known as the Magdalene asylums, survived the longest.

While The Magdalene Laundries operated in Ireland for more than 200 years, it wasn’t until 1993, when the unmarked graves of 155 women were uncovered in the convent grounds of one of the laundries, that media uncovered the operations of the secretive institutions. A formal state apology was issued in 2013, and a £50M compensation scheme for survivors was set up by the Irish Government.

Wilson will play Lorna Brady, who was incarcerated in one of the inhumane institutions when she was 15, and who has suffered with sleepwalking ever since. One morning, she wakes to a woman’s corpse in her house, and has no recollection of how it got there or if she herself might be responsible for the apparent murder.

Enter Detective Colman Akande (McCormack), who comes into her life though for a crime that seemingly has nothing to do with the dead woman. Having risen quickly through the ranks of the local police force, it seems that Detective Akande is hiding his own dark secrets, naturally.

Ruth Wilson, who will also executive produce the six-part series, said: “Lorna Brady is a complex and fascinating character and I’m thrilled to help bring her to life. In The Woman in the Wall Joe has created both an enthralling gothic thriller and a moving examination of the legacy of The Magdalene Laundries. It’s a privilege to bring this story to screens.”

The story of The Woman in the Wall seemingly hits close to home with creator and co-executive producer Joe Murtagh, who said : “My family is from Mayo, the county in which the fictional Kilkinure is set, and it deeply frustrates and saddens me that it feels so few people have heard of the Laundries that existed across Ireland.

“I hope that by making something that has the familiarity of a genre piece we are able to shed some light on the awful things that occurred within these kind of institutions and introduce this history to the wider public, so that nothing like it may ever happen again,” Murtagh added.

Look for The Woman in the Wall  on BBC One in the UK and Showtime in the U.S. at some point, hopefully, in 2023. I would definitely clear space on the DVR and it’s ok with me if you want to keep the lights on.