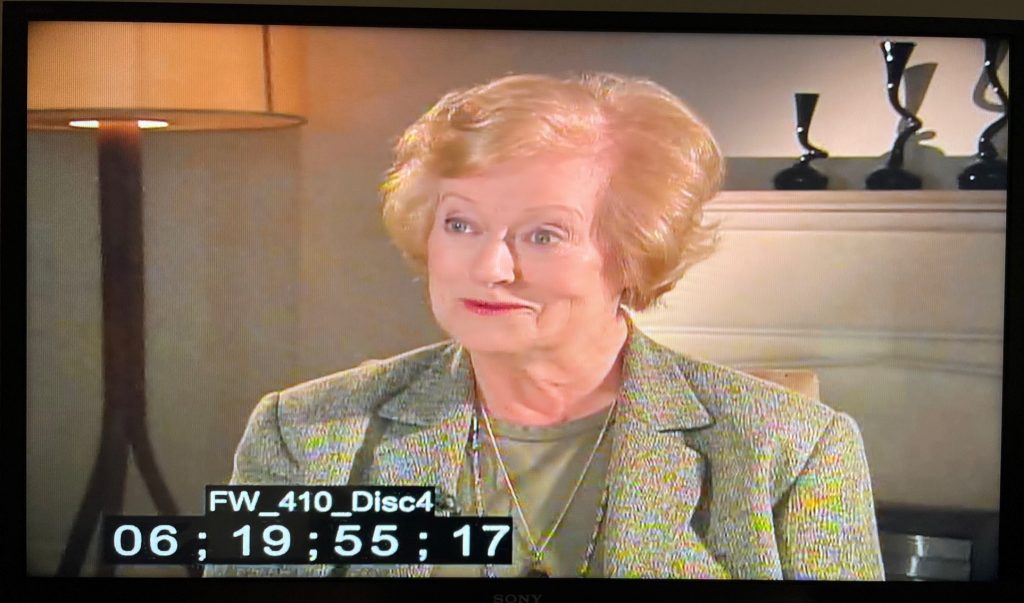 Josephine Tewson interview for Behind the Britcom: From Script to Screen. Photo: Bill Young

Best known for playing Elizabeth Warden, the hyper-nervous next-door neighbor of Hyacinth Bucket in Keeping Up Appearances, Josephine Tewson has passed on Thursday at the age of 91. The actress died on Thursday at Denville Hall, a care home for actors and other members of the entertainment industry in north London.

Tewson’s character lived next door to Richard and Hyacinth Bucket (pronounced, Bouquet) from 1990-1995 where she dreaded the daily phone call from Hyacinth’s pearl-white slim-line, push-button digital telephone with automatic last-number redial to come over for tea for fear of either spilling tea on the floor or, heaven forbid, breaking a Royal Doulton with hand-painted periwinkles cup. 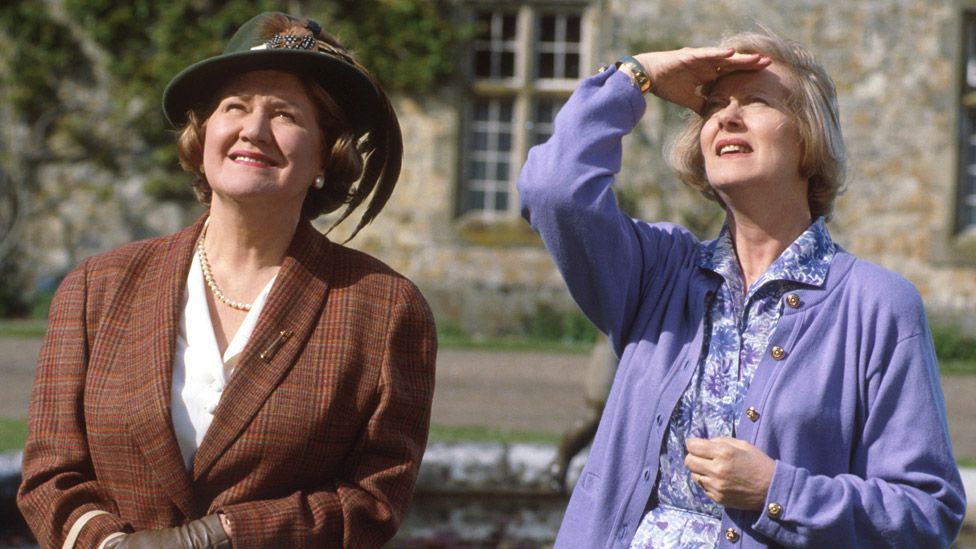 After starring in Keeping Up Appearances, the show’s writer Roy Clarke provided Tewson with the role of Miss Davenport in Last of the Summer Wine between 2003 and 2010.

As with a number of other stars of British comedy we had the great good fortune to interview Josephine Tewson in April of 2010 for the PBS program, Behind the Britcom: From Script to Screen, which saluted the writers of some of the best comedy on television over the course of the past half-century. Ms. Tewson spoke very fondly of Roy Clarke and discussed at great length his attention to detail when it came to the characters he created on-screen.

Off camera, she spoke highly of Ronnie Barker and Ronnie Corbett, both of whom she worked with over the years making frequent appearances in The Two Ronnies with Barker and Corbett. She had a long association with Barker, from ITV’s Frost on Sunday and Hark at Barker to the BBC’s His Lordship Entertains and then the 1930s-set Clarence, which would be his last acting role. 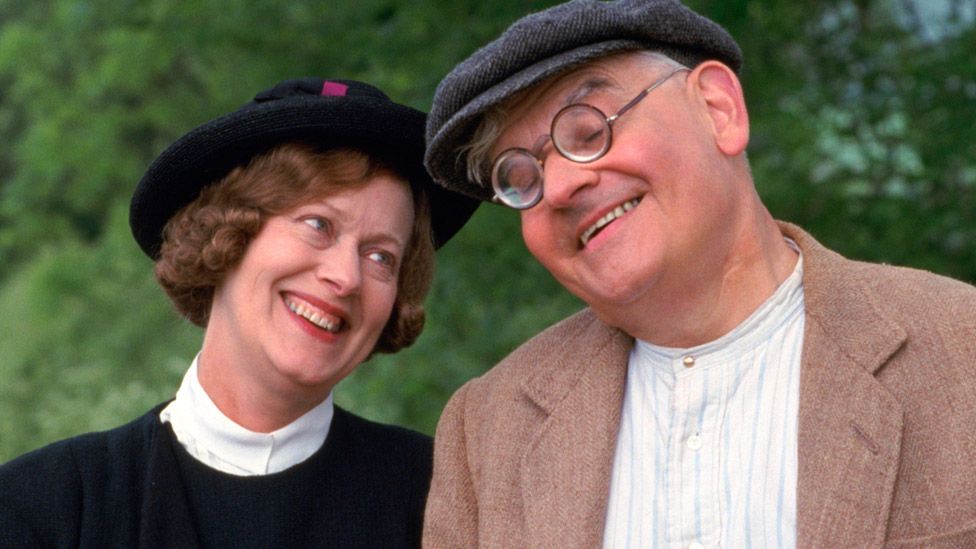 Tewson also appeared in The Dick Emery Show and Son of the Bride, Happy Ever After and Terry and June with Terry Scott. Her over six decade stage and television career also included guest appearances on Midsomer Murders, Lewis, Heartbeat, Coronation Street, Holby City, Doctors and Wodehouse Playhouse.

R.I.P — Josephine Tewson. Thank you for years of laughter now and forever in the future.