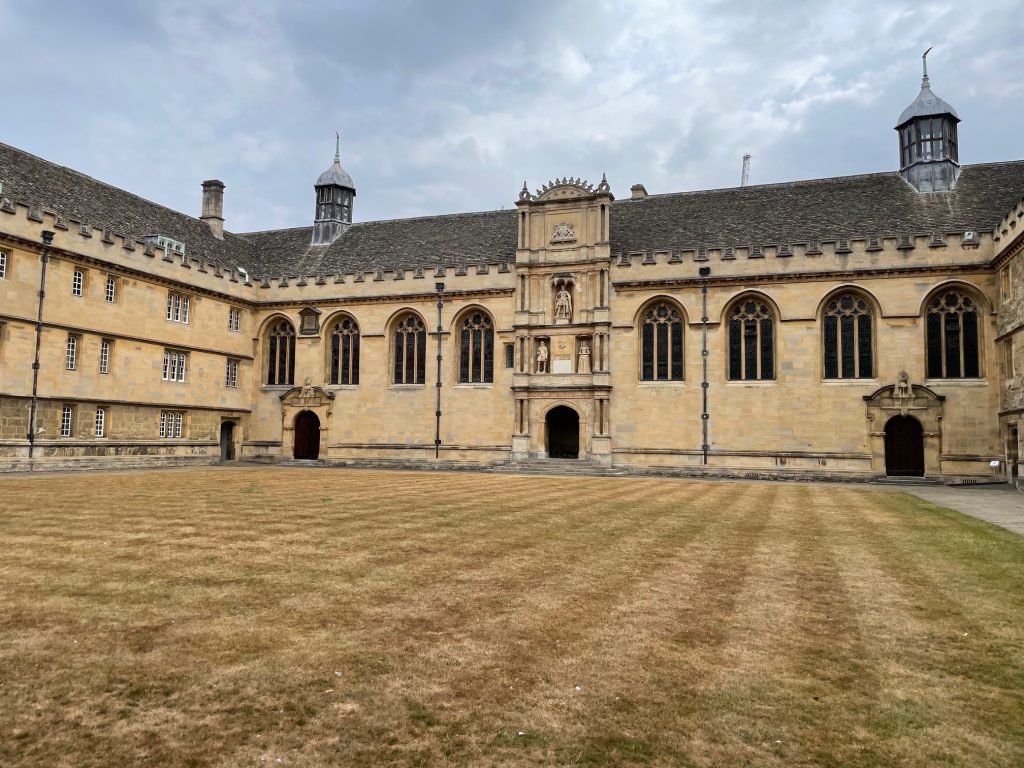 The KERA Great British Telly Tour headed to Oxford on Thursday for an Inspector Morse, Lewis and Endeavour walking tour of the hallowed halls of the 39 colleges that make up Oxford University (16 of the colleges were actually featured in the Inspector Morse series alone!).

Thankfully, as we criss-crossed the heart of Oxford touring various filming locations of Inspector Morse, Lewis and Endeavour, the most dangerous thing we encountered over the 4 hours we were in Oxford had to be the constant onslaught of bicycles which is THE mode of transportation throughout the city.

Named the ‘fictional murder capital of England’ for obvious reasons, Oxford proved to be a treasure trove of information, partly in just learning how the University system works. After immediately learning never to mention ‘that other university’ that resides about an hour away, we set out for a number of filming locations seen in the Morse, Lewis, Endeavour collection. First up, the Bridge of Sighs where Morse and Lewis are seen walking in the episode “Service of All The Dead” (1987). 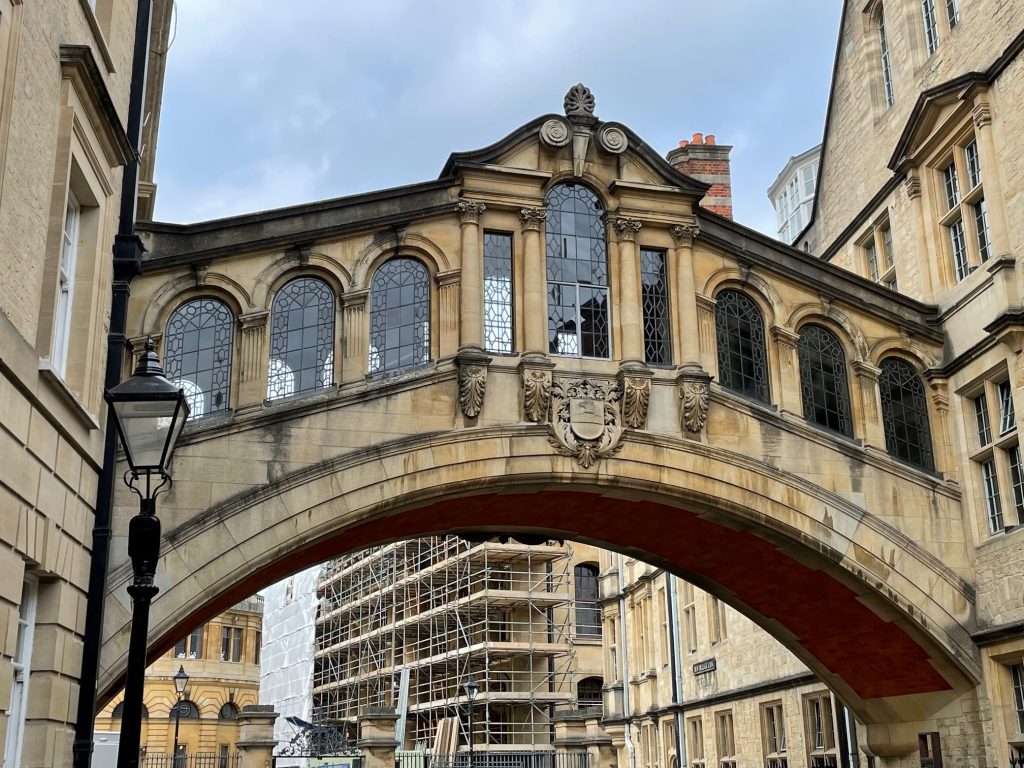 The Bridge of Sighs in Oxford. Photo: Bill Young

Our next stop, as it was lunch time, turned out to be one of Morse’s favorite haunts, the White Horse Pub, which was featured in a number of Inspector Morse episodes including “Last Seen Wearing” (1988), “The Dead of Jericho” (1987) and “The Secret of Bay 5B” (1989) and also episodes in Lewis and Endeavour. Sadly, no time for a pint at The Kings Arms. 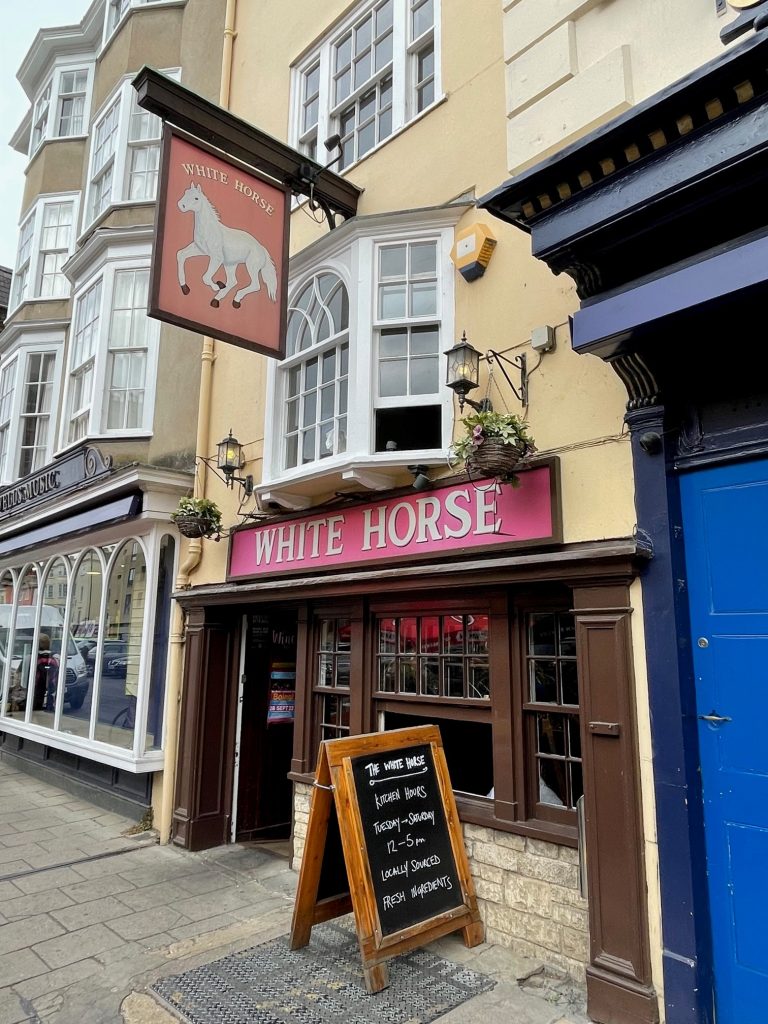 Following lunch, we carefully crossed the road to the Sheldonian Theatre, central to the classic Inspector Morse episode “Twilight of the Gods” and also in series four of Endeavour. Magically, the Endeavour crew turned the interior of this Grade I-listed 17th-century theatre into a 1960s dance hall. 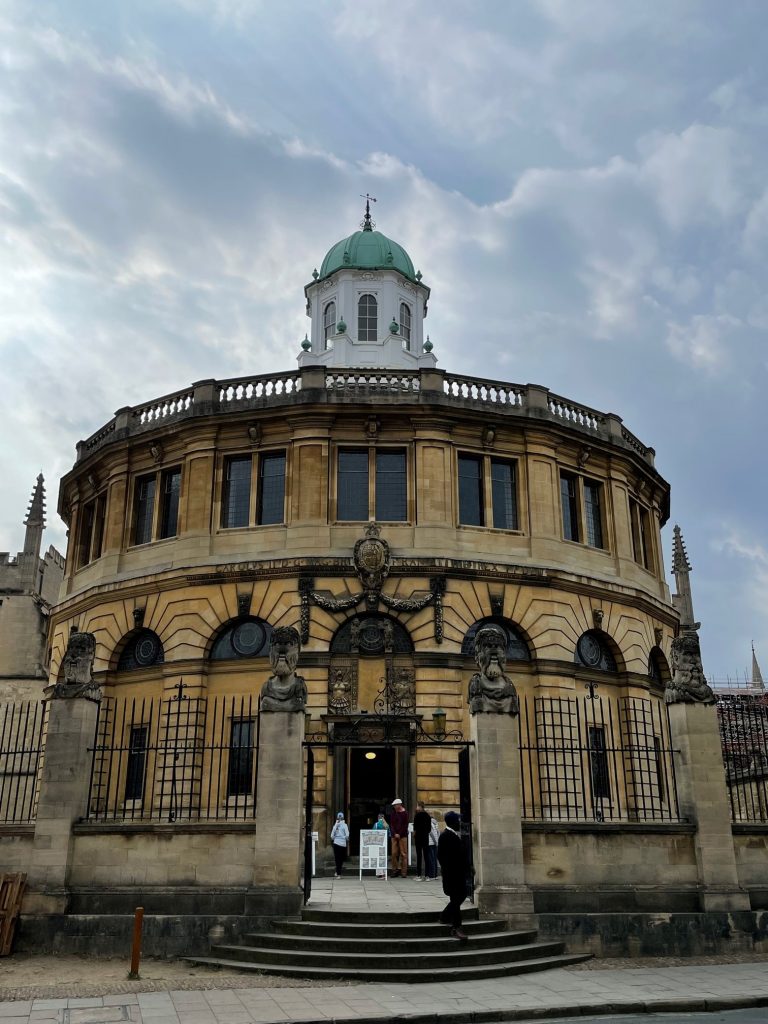 Other locations on the tour included the Bodleian Library where both Morse and Endeavour have made use of the early 16th century building and Lewis and Hathaway have visited, notebook in hand, several times, interviewing Professor Gold amid the thronged shelves of the library and being confronted with a murder in the basement in “Whom the Gods Would Destroy” and the imposing Randolph Hotel where Morse came to complete The Times crossword puzzle, take a glass of whisky and, occasionally, make Lewis buy him a pint after a day’s sleuthing, and it’s where the pair have their first drink of the episode in “The Wolvercote Tongue”.

After passing more than several alleyways where Endeavour stumbled out of, we rounded out the tour was the Ashmolean Museum, one of the most important museums in the world and has long been a favourite Morse location.

Unfortunately, it was time to leave Oxfordshire and continue to tempt fate by trying to survive a day in yet another small English village with a trip to the picturesque village Biddestone in northwest Wiltshire and the production filming home of Agatha Raisin. 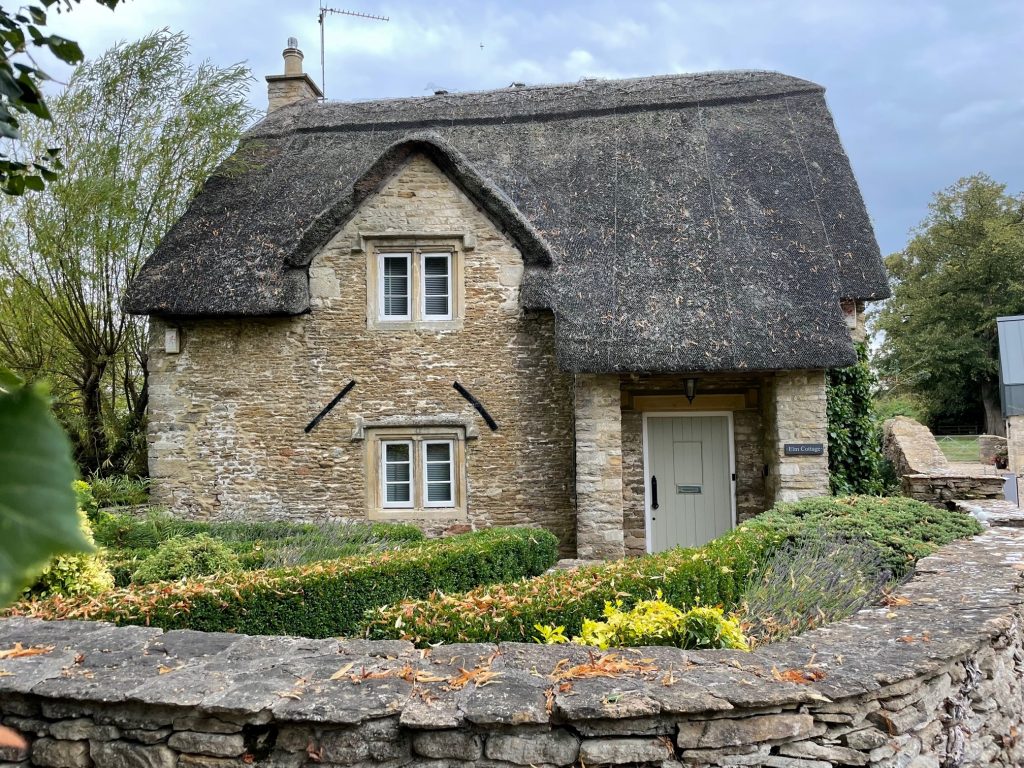 In the pilot episode, “The Quiche of Death”, the London-based PR guru turned Cotswold-based sleuth quits her job and heads to the quaint and seemingly quiet village of Carsley (Biddestone). Agatha soon finds herself a suspect in a murder case when she enters the village’s annual quiche-making competition in an attempt to ingratiate herself with the community. Her efforts quickly turn to having to clear her name and solve the mystery. 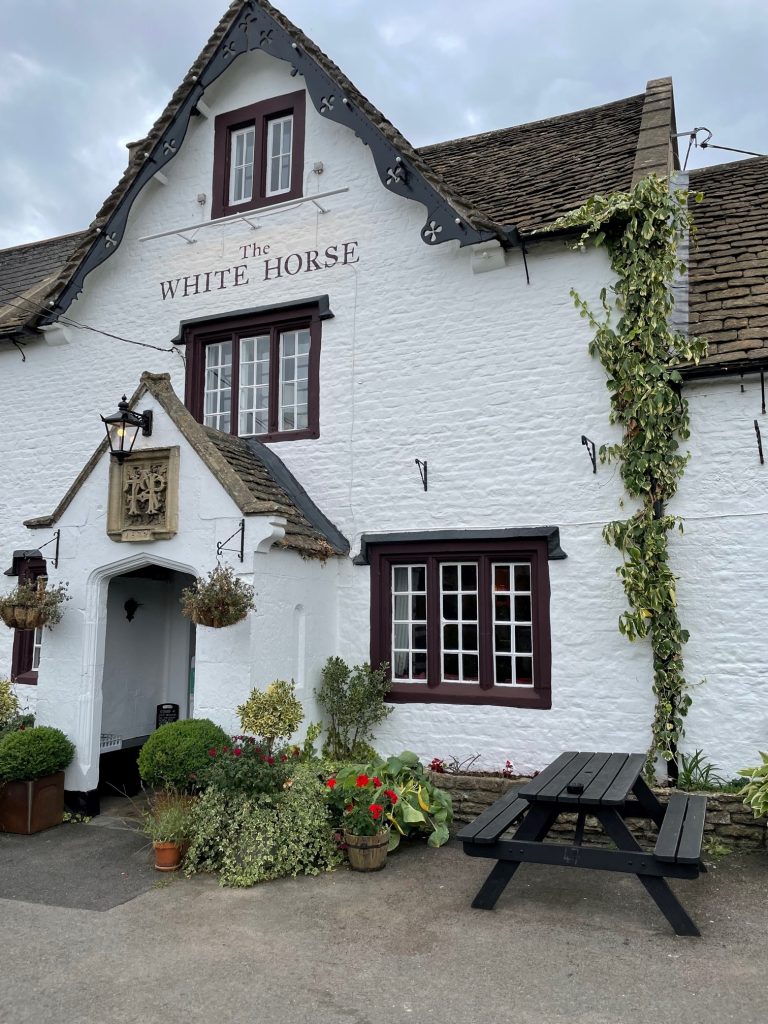 One could help but notice the White Horse Pub chalkboard and wonder if one of the featured items was influenced by the Agatha Raisin pilot episode. Unfortunately, we didn’t have time to try it and live to tell the tale before hoping on the coach to heading back to The Queens Hotel in Cheltenham to retire for the evening. 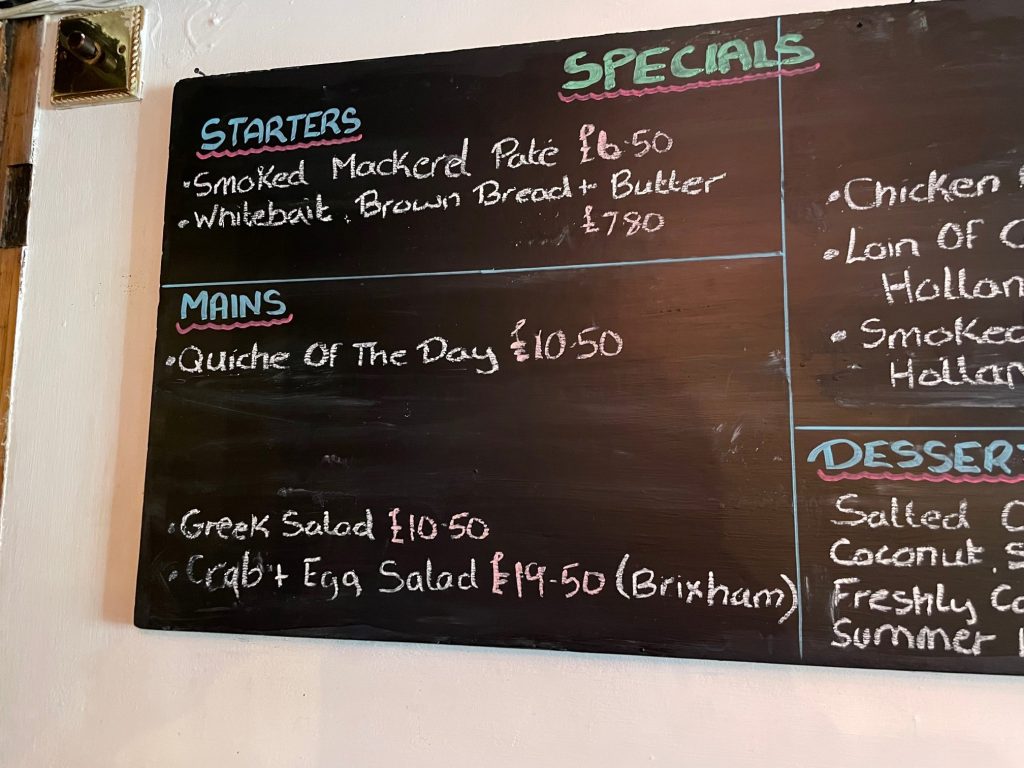 Quiche of the Day at the White Horse Pub. Photo: Bill Young

More tomorrow from Bletchley Park in Bletchley and the Buckinghamshire village of Turville and the filming home of The Vicar of Dibley.