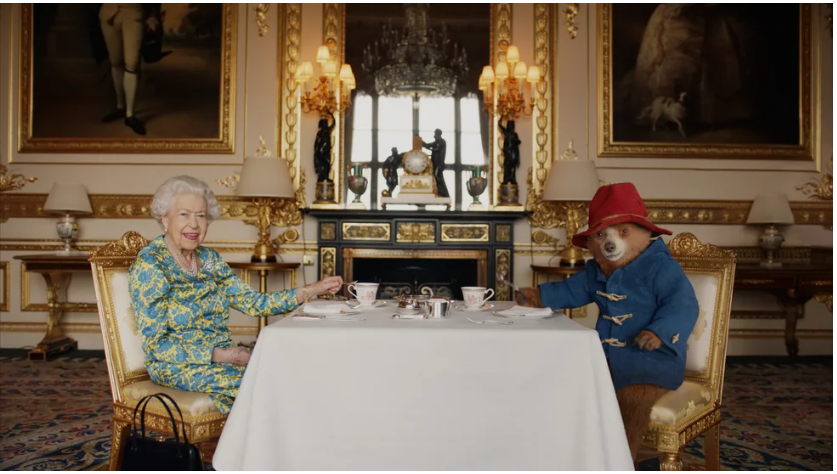 The Queen with Paddington Bear at the Platinum Jubilee Party. Photo: BBC

With the recent passing of Her Majesty the Queen on Thursday, one begins to reflect on those special moments that made her 70+ year reign one for the ages. For me, these special moments almost always involved her sense of humor.

Who can forget 2012 as Bond, James Bond accompanies Her Majesty The Queen to the opening ceremony of the London 2012 Olympic Games.

Fast forward to 2022 when Her Majesty the Queen and Paddington Bear surprised viewers watching the Platinum Party at the Palace concert in June of this year by sitting down together for tea in a pre-recorded video. The clip was shown on big screens to the tens of thousands watching outside the palace – and to the millions tuned in across the UK and worldwide.

The two and half minute film sees Paddington delighted to learn that The Queen shares his love of marmalade sandwiches, with the monarch even opening her handbag to reveal her very own ready-made snack inside. Paddington Bear takes tea – and marmalade – with the Queen in the Jubilee video.

While it’s highly unlikely that most of us will be going around with an emergency marmalade sandwich in our hats or in our purse like the Queen for that matter, just in case you do need an emergency marmalade sandwich and choose to make your own, here’s a simple recipe to remember that special day back in June during the Platinum Jubilee from The Runnymede on Thames. 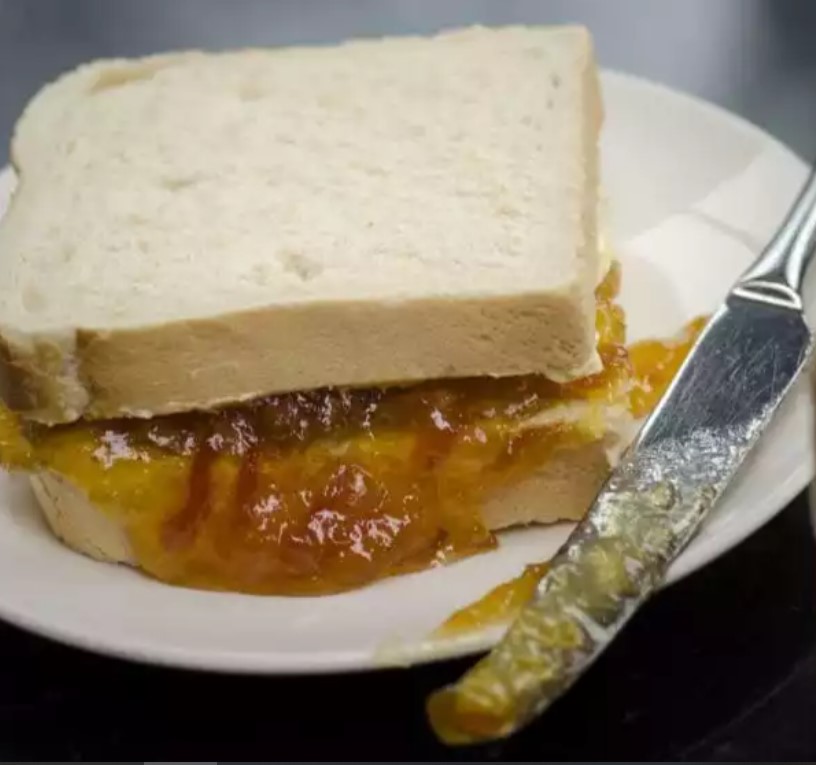 For me, these two special moments will forever be remembered for showcasing why there will never be anyone else like Her Majesty the Queen in our lifetime.