Two-time Booker Prize-winning author, Hilary Mantel, passed away Thursday at the all-too-young age of 70. At the time of her death, Mantel was consulting on the television adaptation of her most recent 2020 novel, “The Mirror and the Light”, which was the conclusion to her critically acclaimed Tudor trilogy.

The writer’s first two books in the trilogy, “Wolf Hall” (2009) and “Bring Up the Bodies,” (2012) were combined for the 2015 PBS/BBC series Wolf Hall. Her most recent effort, “The Mirror and the Light,” continues the story of Cromwell’s rise to the heart of Henry VIII’s court as his closest adviser and covering the last four years of the life of Thomas Cromwell (Mark Rylance), before his fall from grace and death by execution in 1540. 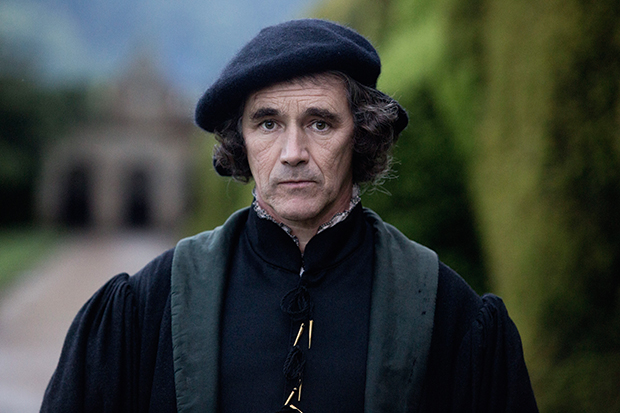 Peter Kosminsky, the BAFTA-winning and Emmy-nominated director and screenwriter, who has known Mantel for “many, many years,” directed the Golden Globe-winning BBC and PBS drama Wolf Hall while working extremely closely with Mantel on the television adaptation of the writer’s two books, “Wolf Hall” and “Bring Up the Bodies”.

Upon learning of Mantel’s death, Kosminsky told Variety, “Quite apart from my personal sadness, I’ve also lost my main collaborator. So now we will have to continue this as a memorial, but also without the advantage of her guidance and advice.”

“As we were putting that show together, I was constantly in touch with her and met her on a number of occasions asking her for advice. She was encyclopaedic on the sources, and spent five years researching the subject before putting pen to paper,” said Kosminsky, “so if I needed any detail about a character or an event, or even about details like how they ate or removed their caps with a bow, she was the person to go to. A strong case can be made to say she was the greatest living writer in the English language.”

Referencing The Mirror and the Light, Kosminsky said, “The script is largely written but now is exactly the moment we would have gone to Hilary to ask her input and thoughts, and from my POV as a director, I would have sought her advice on certain specifics which would have allowed me to realize her vision.”

Mark Rylance is set to return as Cromwell with Wolf Hall screenwriter Peter Straughan adapting the latest book. Just in case you’ve forgotten just how good the 2015 original was, here’s a quick look from PBS Masterpiece.

The Mirror and the Light will premiere on PBS and BBC…at some point in the future.