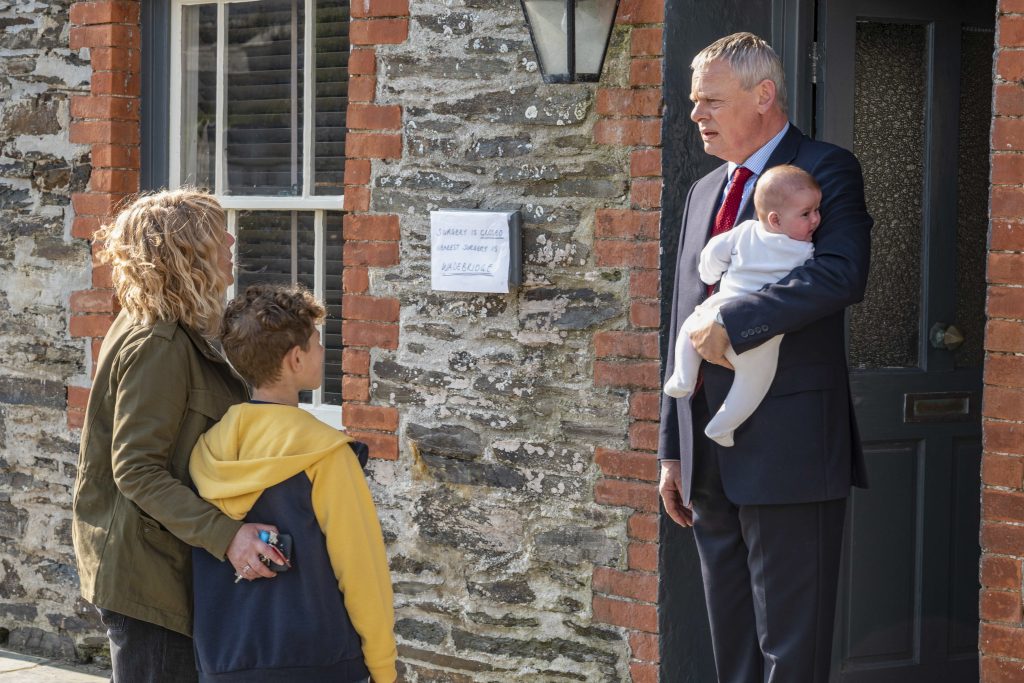 Dr. Martin Ellingham, the surly and self-centered medic with a rude bedside manner and a phobia of blood may be packing up his doctors bag and closing his Portwenn surgery office down after 10 seasons and 18 years, but that won’t stop a steady stream of guest stars headed to the picturesque coastal village.

As it’s been a couple of years since we last visited Portwenn,  remember it was at the end of season 9 when the Doc decided that he would resign from being the GP after his career was scrutinized by the General Medical Council because of his phobia. 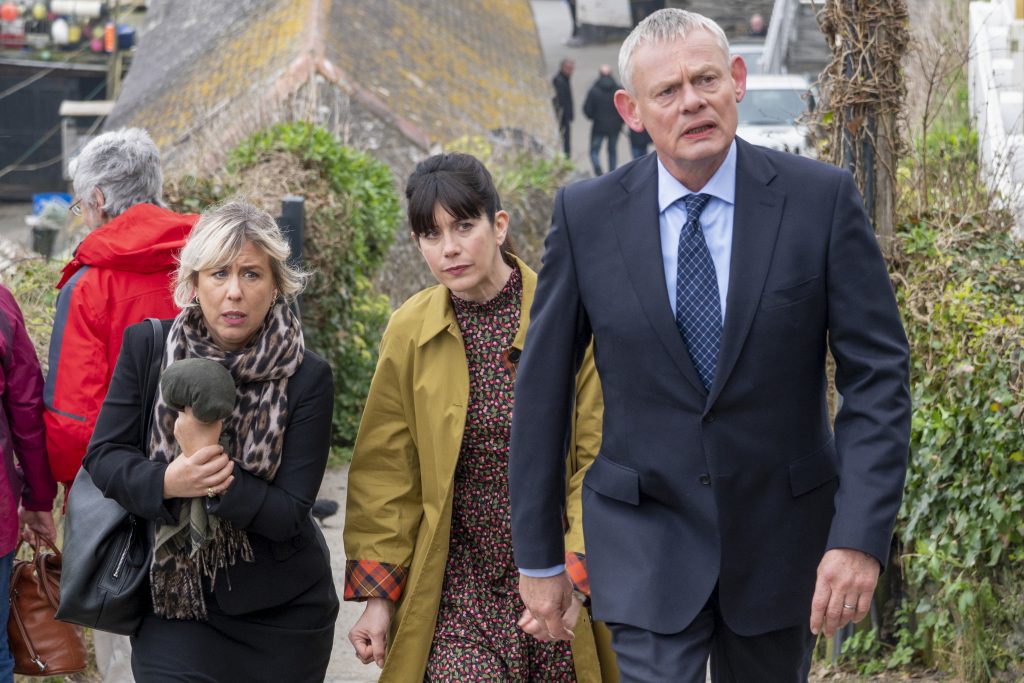 The series finale of nine episodes sees the Doc making efforts to overcome his fear of blood and beginning to question whether he made the right decision in quitting. With his wife Louisa pursuing her new career as a child counselor in his old surgery, the Doc is left babysitting his four-month-old daughter Mary Elizabeth, and indulging his hobby of repairing clocks on the kitchen table….hardly a replacement for his life as a GP.

Acorn TV will premiere the tenth and final season of Doc Martin on Monday, Ocdtober 17th with the first two episodes, followed by one episode a week through the series’ penultimate episode on November 28.