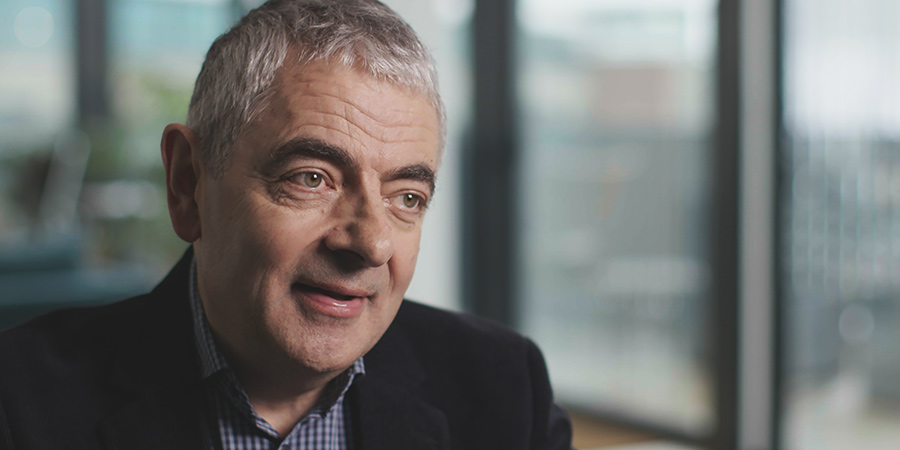 The Christmas gift-giving season will get started a bit early this year as over the next few months, a number of PBS stations across the country will be giving viewers an early comedic gift of Happy Birthday Mr. Bean, a celebratory documentary looking back at the thirty years since comedy legend Mr Bean landed on our screens.

Produced in 2021, the special included interviews with Rowan Atkinson, Richard Curtis, Tony Robinson, Sally Phillips, Howard Goodall, Angus Deayton, Robin Driscoll, Matilda Ziegler and many more that are interspersed with classic clips from the series that, much like Fawlty Towers, surprises even the biggest of fans that there were so few episodes produced.

Even though only 14 episodes were ever made running from 1990-1995, Mr. Bean became a comedy icon that continues to make people laugh today with an animated series, two top grossing feature films and an online phenomenon, with more than 110 million online fans and growing.

Based on a character originally developed by Atkinson while he was studying for his master’s degree in electrical engineering at The Queen’s College, Oxford, the series centers on Mr. Bean, described by Atkinson as “a child in a grown man’s body”. Solving various problems presented by everyday tasks to the best of his ability and ingenuity, they often cause disruption in the process.

Making his first public appearance at the Edinburgh Fringe in the early 80s, ‘Bean‘ was heavily influenced by French comedian and director Jacques Tati along with the Peter Sellers creation of Inspector Clouseau in the Pink Panther film series.

Happy Birthday Mr. Bean premires on a number of PBS stations over the next couple of months.