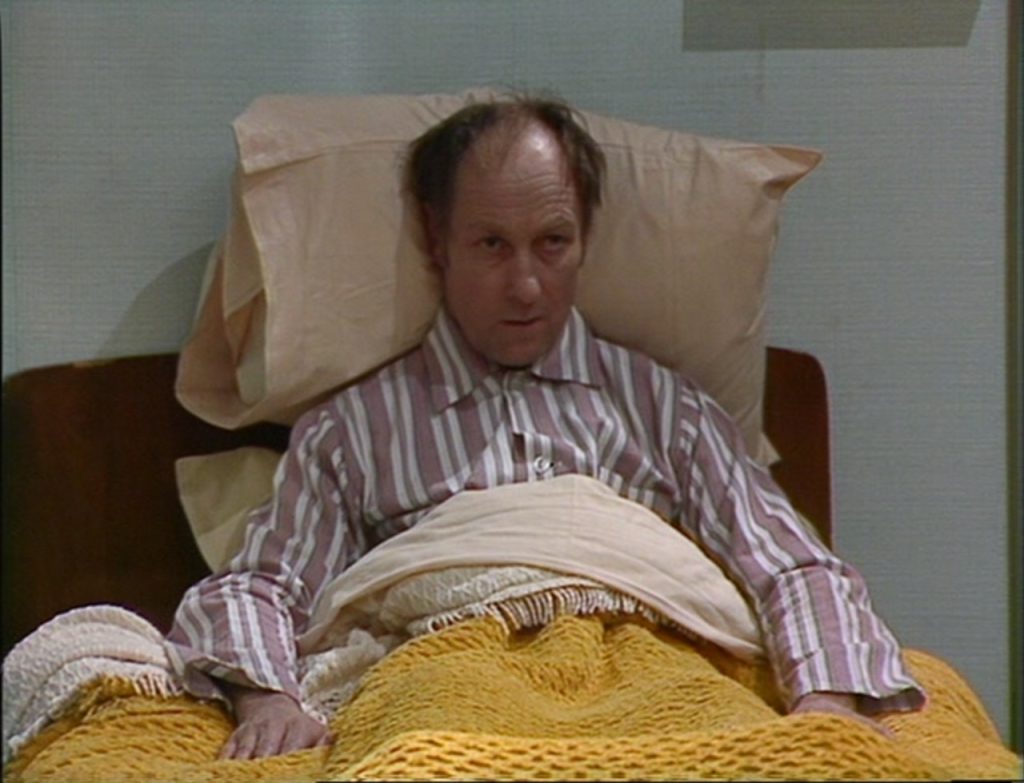 Derek Royle as Mr. Leeman in Fawlty Towers “The Kipper and the Corpse”. Photo: BBC

Watching Fawlty Towers recently, I got to thinking about all those British actors that had long, successful careers but that, for whatever reason, would be forever known as ‘being in one episode of Fawlty Towers.”

I immediately flashed back to the time we had the good fortune to interview Nicky Henson in 2005 for the PBS program, Fawlty Towers Revisited, when he told us that despite his 50 years of professional acting, his tombstone will probably read “Here lies Nicky Henson – he was in one episode of Fawlty Towers“.

Much like his British acting contemporaries, Nicky Henson (“The Psychiatrist”), Bruce Boa (“Waldorf Salad”), Michael Gwynn (“A Touch of Class”), Joan Sanderson (“Communication Problems”) and Luan Peters (“The Psychiatrist”), who all had long careers that included the great good fortune to appear in one episode of Fawlty Towers, Derek Royle will be forever remembered as the hotel guest who died overnight in room #8 in Fawlty Towers in “The Kipper and the Corpse”.

Royle’s over 3-decade career included a supporting role in the Beatles’ 1967 film, Magical Mystery Tour.  Royle started show business as an acrobat, performing as a member of the group “The Adonis Three”. After studying at the Royal Academy of Art, he performed in London’s West End and on television as the acrobatic general practioneer, Dr. Hogg in the 1970s series, Hogg’s Back. 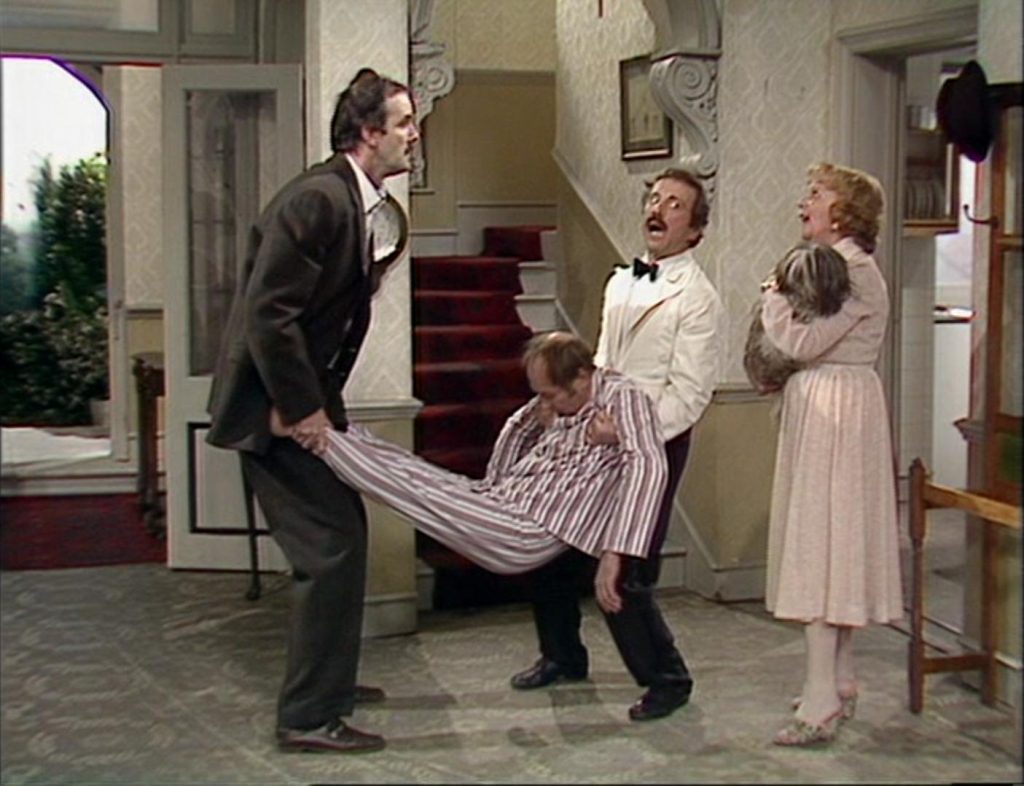 Derek Royle in Fawlty Towers’ The Kipper and the Corpse. Photo: BBC

Derek Royle died in January 1990 but will forever live on ‘in one episode of Fawlty Towers‘.