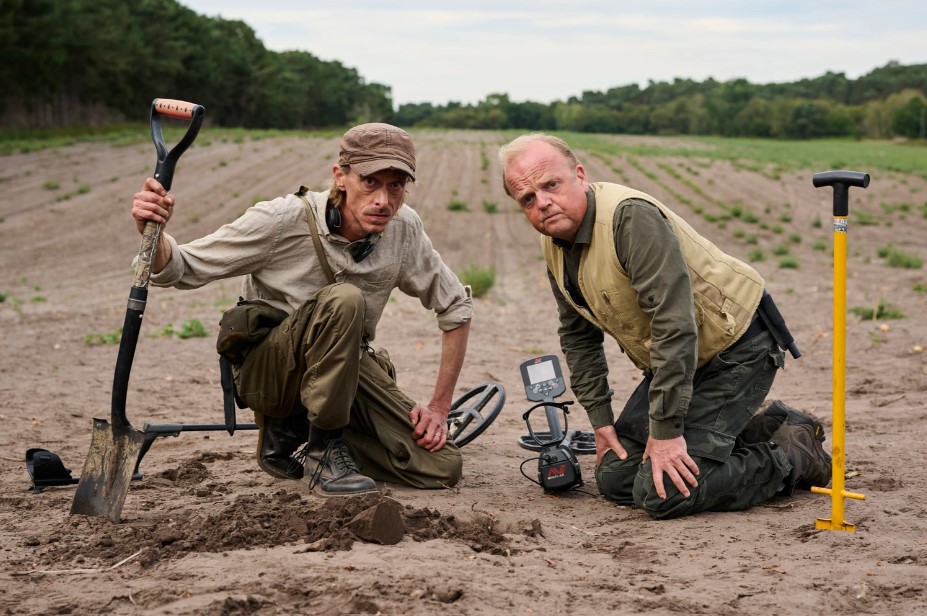 After an excrutiatingly long 5-year absense, Mackenzie Crook and Toby Jones are reuniting for a feature-length episode of The Detectorists this holiday season. The series, which follows Andy (Crook) and Lance (Jones), members of the Danebury Metal Detecting Club, as they search for historic discoveries across their hometown in north Essex, will return with a most-welcome gift of a 75-minute one-off special under the BBC2 Christmas tree for fans of the series to unwrap at some point between Christmas Day and New Year’s Eve.

In addition to the return of two of Danebury’s most fanatical metal detectorists, Rachael Stirling is also confirmed to be returning for the new episode in the role of Becky, local primary school teacher and wife to Andy.

Writing in the Radio Times magazine, Crook described the Detectorists Christmas special as a “happy shoot”, but the recent loss of Stirling’s mother Dame Diana Rigg – who also played her mum on the show – was strongly felt.

“She was a joy to work with on the second and third series, a brilliant actor and utterly hilarious between takes,” he said of Dame Diana. “We all missed her, but I know it was particularly poignant and sad for Rachael to be back where we had such a laugh only a few years ago.”

The Detectorists Christmas special will take everyone back to Danebury at a time when the local metal detecting club is facing a threat to its very existence. The group is in dire need of funding to keep hold of their meeting place, the town’s scout hall, with a lucky break seemingly coming when Lance gets permission to search a ten-acre plot of land.

However, a shocking break in protocol only sends the situation spiralling farther out of control, with a growing risk that Lance and Andy’s friendship could go down with their beloved club.

Both Crook and Jones potential sounded more excited about the special than long-time fans of the series (if that’s remotely possibile) when Crook spoke of their initial encounter about the possibility of ‘getting the band back together’. 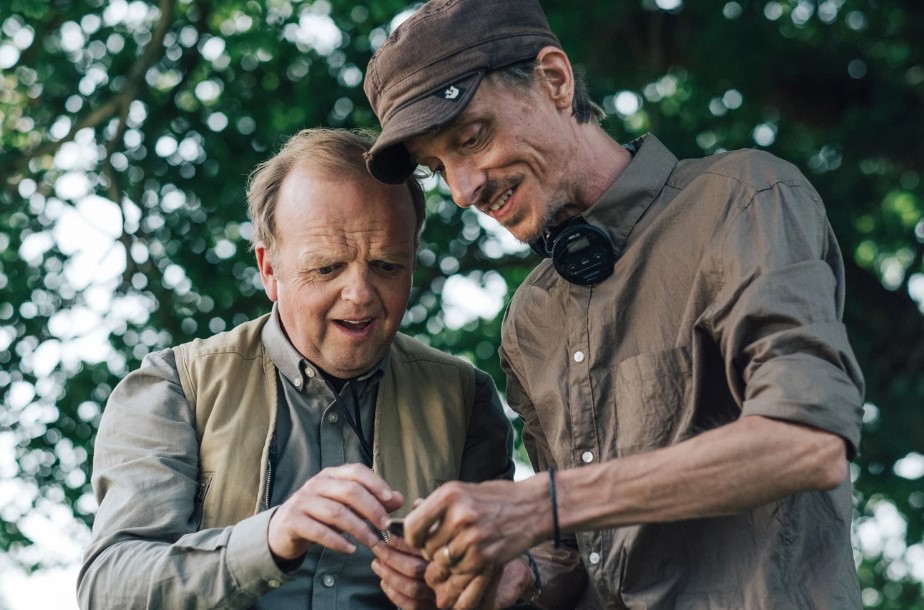 “I told Toby Jones the idea over lunch. I’d rehearsed the telling of the story so as to not reveal an important plot twist too early. When it came to that part, Toby literally gasped and I knew I had him on board,” said Crook.

If you’re not already a fan of The Detectorists, you need to be. It has to be one of the sweetest, most intelligent ‘comedy’ series there is and combined with its killer musical score, The Detectorists makes for absolutely brilliant telly worth watching over and over.

The Detectorists Christmas Special will air on BBC Two between Christmas Day and New Year’s Eve. Hopefully, it will make it to this side of the pond soon!