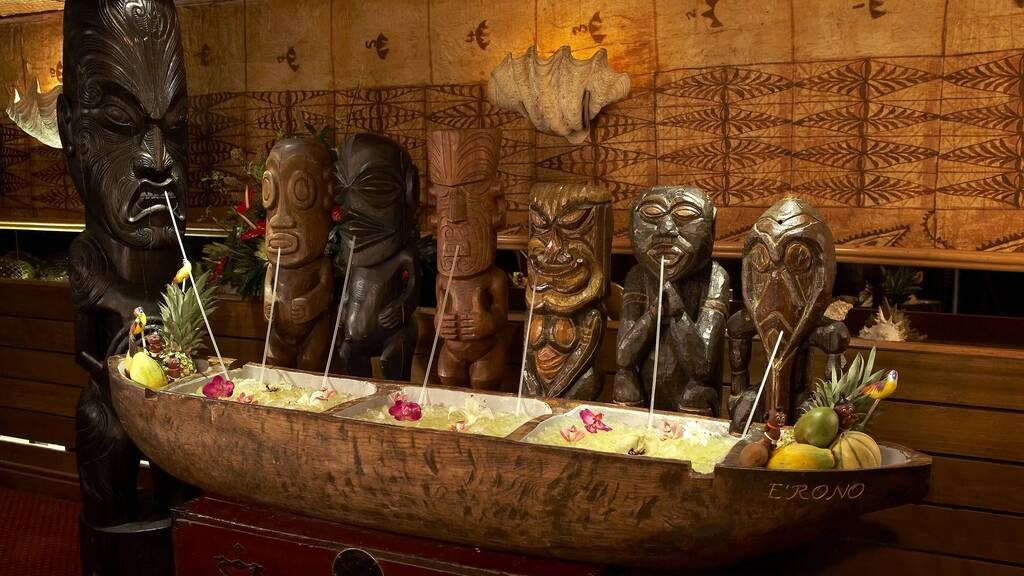 Trader Vic’s, the classic Polynesian-themed tiki bar that has served London for over 60 years from the basement of the London Hilton hotel on Park Lane will close its doors on or before 31 December. While there are only a handful of Trader Vic’ses left around the globe, the closing of the London camp classic of mid-century bar culture marks the end of an era.

Trader Vic’s most famous patron was highlighted in Warren Zevon’s 1978 classic, Werewolves of London. According to Zevon, who in my book was one of the great songwriters of all-time and wrote one of the greatest songs of all-time (Werewolves of London), if the werewolf wasn’t walking through the streets of SoHo in the rain with a Chinese menu in his hand, running amok in Kent or overheard in Mayfair, he was drinkin’ a piña colada at Trader Vic’s with his perfect hair.

Rhett Rosen, CEO of Trader Vic’s, has said in a statement to fans of the bar that the Hilton has ‘decided to renovate’, adding, ‘I wanted to say from the bottom of my heart how much we appreciate and love all of you.’

While having served countless Londoners with at least one Mai Tai over the course of the last six decades, the interior of the London community-staple is filled with tribal masks, aboriginal-esque prints and sculptures, ocean-themed trinkets and seems to be where all bamboo goes to die.

Serving island-style fusion food which was inspired by its founder’s travels, Trader Vic’s is most notably famous for being the creator of the famous Mai Tai cocktail and the Tiki bar is the oldest continuously operating Trader Vic’s in the world and the forefather of Tiki bars worldwide.

The petition to save the bar can be found at Change.org which, as of this posting, has almost 6,000 signatures. C’mon ‘tiki community!!!’