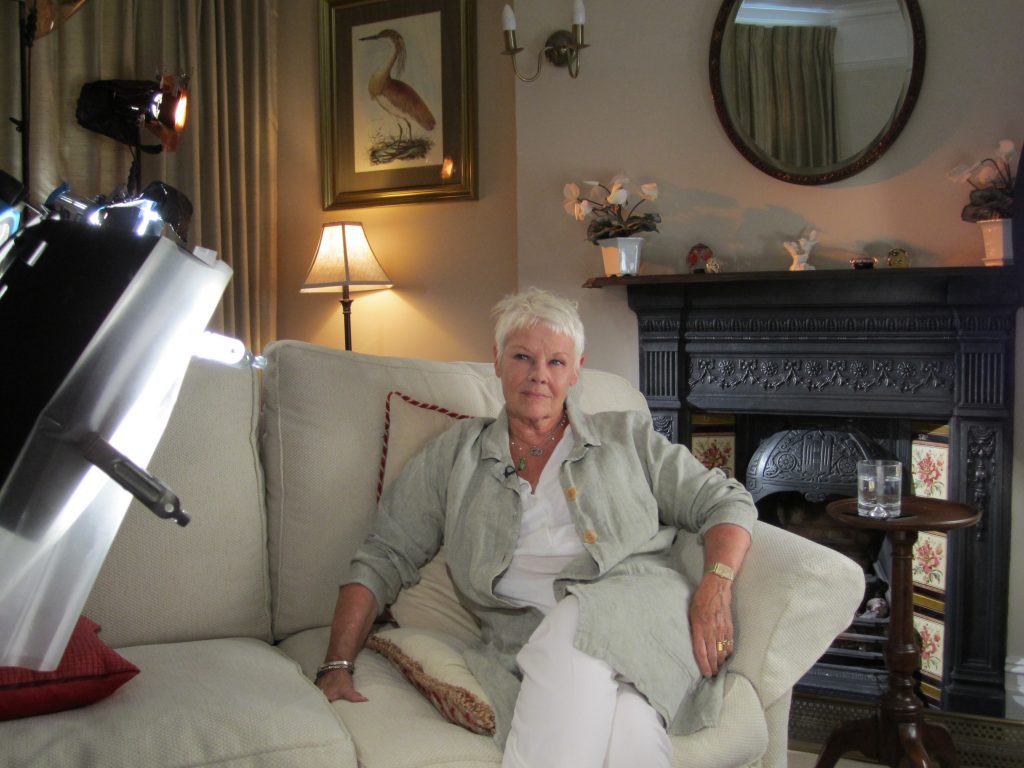 If it wasn’t the case before, I’m now fully convinced that if you looked up the definition of brilliant in the dictionary, there would simply be a photo of Dame Judi Dench. The Oscar/Tony/BAFTA/Laurence Olivier/Golden Globe/Screen Actors Guild award winner turns 88 years young today and shows no signs of slowing down any time soon.

The above pic is from our Summer 2010 interview with Dame Judi Dench for the PBS special, Behind the Britcom: From Script to Screen. She was absolutely the most delightful person on the planet, bar none. What struck us the most was her admitting that what terrified her the most was the time right before going onstage to record every episode of As Time Goes By.

We found out later that day that she was to sing “Send in the Clowns” at a July 31 Royal Albert Hall to mark Stephen Sondheim’s 80th birthday, who passed away Friday, 26 November 2021. That BBC Proms performance was only days after she sat down with us….and, As Time Goes By terrified her? 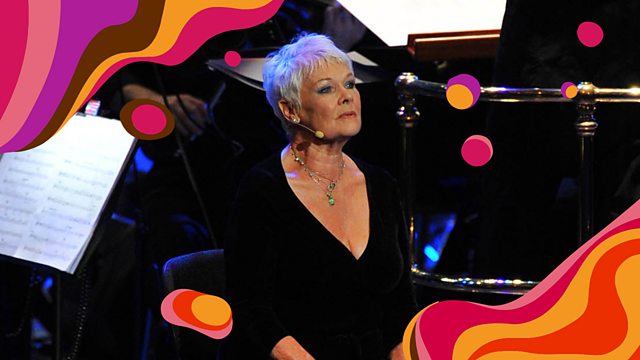 We also had the great good fortune to interview Judi Dench back in 1999 alongside her As Time Goes By husband, Geoffrey Palmer, for an earlier special celebrating 25 years of British comedy on public television. Palmer passed away in November 2020 at the age of 93. Our interview with the As Time Goes By stars were the first interviews we ever did for this first in a long line of British comedy retrospective programs several of us have done for PBS and public television. 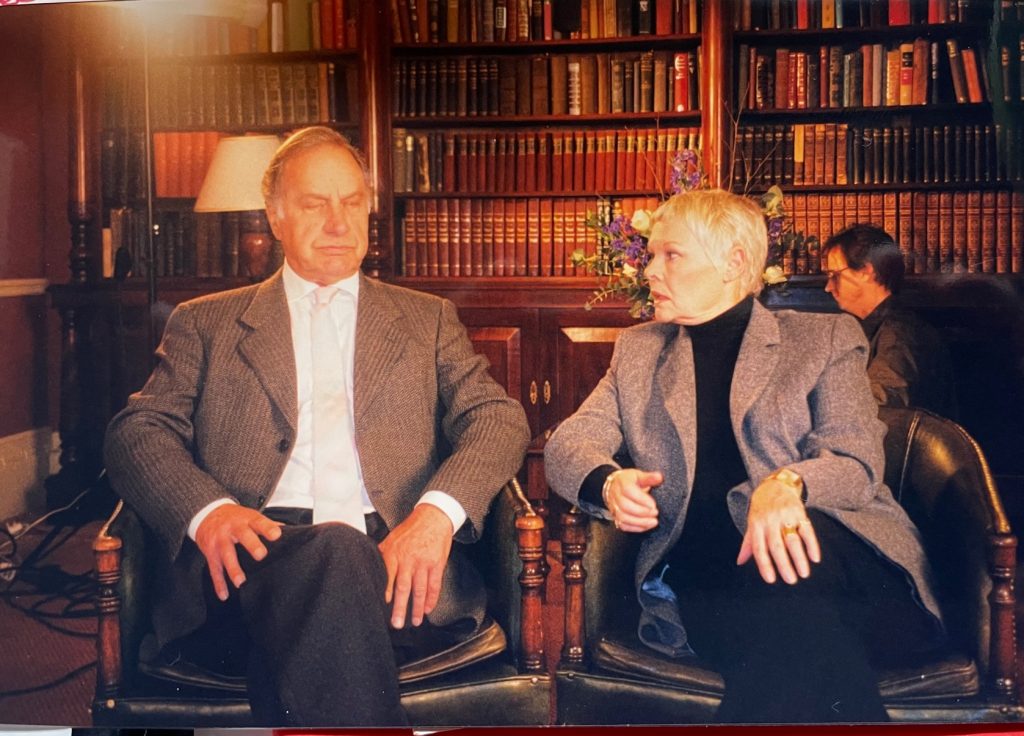 Aside from being more nervous than the law should allow given our first interviews ever were to be Judi Dench and Geoffrey Palmer, the main thing I remember from  that day was that we had arranged for a car to pick up all of our interviewees during the week long shoot in a suite at the Gore Hotel, Queen’s Gate, London.

The only one that refused the car and instead opted to drive herself was one, Judi Dench. The one individual that probably deserved to have a car pick her up and take her back home that day more than anyone said she really didn’t want us to go to all the trouble and thought it would be  much easier if she drove herself to the interview.

Happy 88th to an amazing Dame. No need to write anything else.