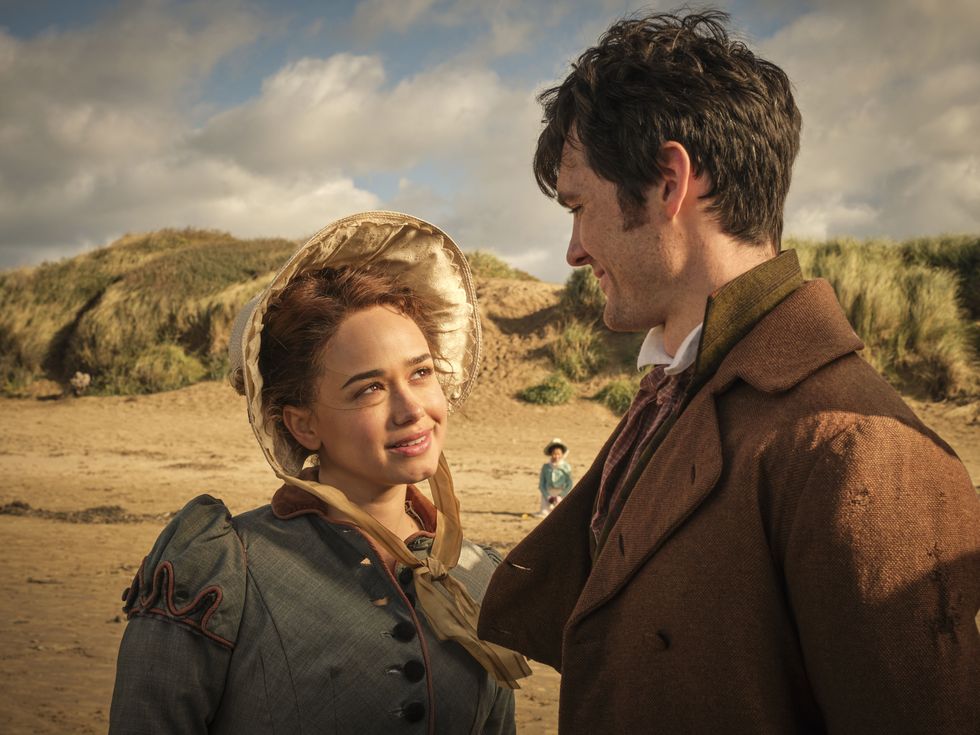 Fortunately and, unfortunately, there is both good news and bad news swirling around the forthcoming third series of Sanditon as part of PBS’ Masterpiece series. The good news is that long-time fans of the series will be able to return to the seaside resort town for the premiere of series 3 on Sunday, March 19 at 9pET/8pCT. The bad news is that series 3 will be its last.

Ok, I know what you’re saying. We’ve heard this before following the end of series 1 before Sandtion literally rose from the ashes two years later with not only one series but two! For series 3, Rose Williams (Charlotte), Crystal Clarke (Georgiana) and Ben Lloyd-Hughes (Colbourne) will all return but…will everyone find their happy endings?

As we remember, series two wrapped up its run this Fall on PBS with a finale that left many fans shocked, to say the least. After the loss of Theo James’s Sidney Parker at the end of series 1, series 2 found Charlotte in another love triangle, this time with Alexander Colbourne (Ben Lloyd-Hughes), and Colonel Lennox (Tom Weston-Jones). But the finale ended on a twist, as Charlotte announced her engagement to an entirely new man, setting up plenty of romantic conflict for the new season.

Executive Producer for Red Planet Pictures Belinda Campbell added, “It’s a thrill to be bringing Sanditon back to audiences for one more trip to the seaside.This third and final season is full of the heart and joyful spirit that viewers will connect with. Our dedicated fans have been absolutely amazing in their support of the show, and we hope they’ll enjoy the conclusion of Charlotte and Georgiana’s stories.”

Sanditon showrunner Justin Young hinted during a panel at the Television Critics Association press tour recently that “there are elements in the Episode 1 of Season 2 that pay off in the final episode of Season 3.”

In his Salon interview, Young clarified that he was talking specifically about Charlotte’s arc. “Think about where we find her in that opening moments of Season 2,” Young said. “We find a young woman who’s trying to move on. She’s trying to be who her family needs her to be and then she’s pulled back into Sanditon. That is what these these two seasons are about.”

“Everything she says to Colbourne in that scene at the end of that first episode about what she thinks a young woman should be with that independence of spirit, that conversation is absolutely key to Charlotte’s journey across these two seasons.” He added that in a year’s time, fans will be able to look back and see the connective tissue from Charlotte’s position in the season 2 premiere, through to the season 3 finale.

Sanditon S3 premieres Sunday, March 19 on PBS. While March 19, 2023 may seem like a lifetime away, remember, you waited for 2 years between series 1 and 2!