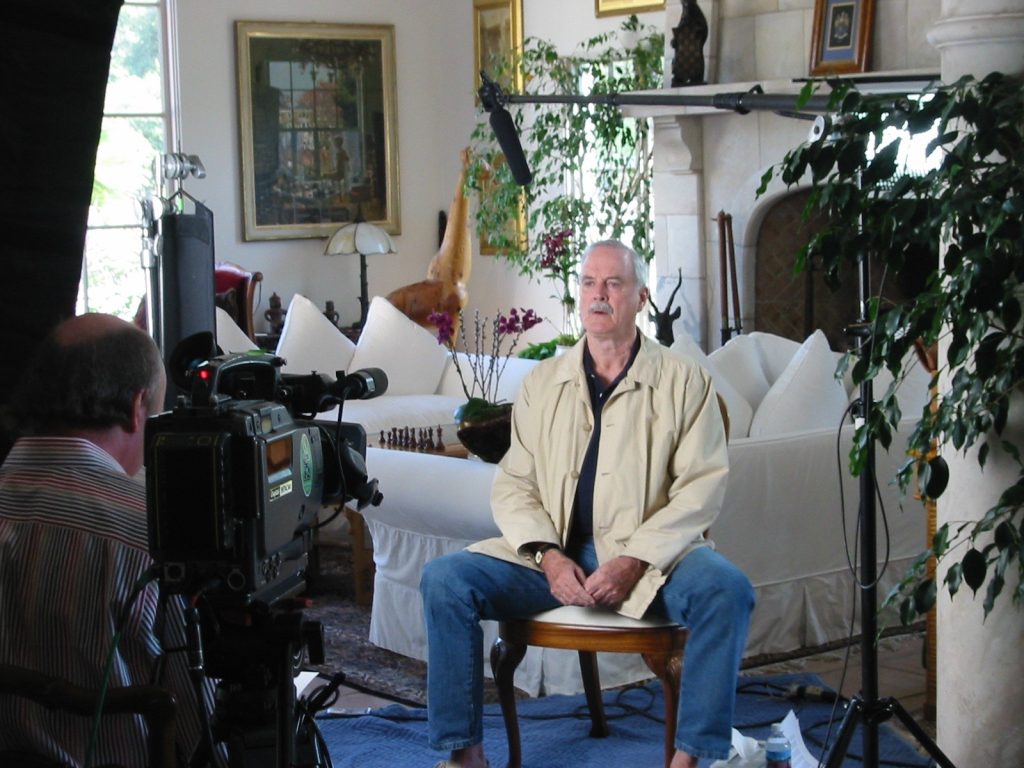 What reads right out of the April Fool’s Day playbook of the discovery of a ‘lost 13th episode’ of Fawlty Towers, an honest-to-goodness/legitimate rehearsal script with unshot material has been discovered and has been put up for auction.

The rehearsal draft for “The Anniversary” episode features several minutes worth of material that was never filmed, including one in which Basil clambers out of their bedroom window to avoid having sex with a drunken Sybil, has surfaced.

The episode first aired as part of the sitcom’s second series in 1979 in which Basil (John Cleese) decides to throw a party to celebrate his 15th wedding anniversary, having forgotten the previous year. He pretends to have forgotten again, prompting Sybil to storm out.

Instead of coming clean, Basil convinces waitress Polly to don Sybil’s clothes and impersonate his wife for the benefit of guests. She pretends to be ill, which explains why she cannot talk.

According to Chortle, the additional scenes take place after Sybil walks back into Fawlty Towers, to find the friends leaving. After explaining everything away, the party goes ahead as planned. A little later Sybil, now tipsy, forgives Basil and gets flirtatious with him, wearing what the script describes as a ‘frilly sexy robe’.

But chambermaid Polly, waiter Manuel and Terry the chef are still hiding in the bedroom, so Basil has to try to sneak them out without Sybil noticing. At one point, while hiding from Sybil, Basil hangs off wisteria outside their bedroom window.

The script has been put up for auction by East Bristol Auctions with the bidding for what is described as ‘a unique and important part of British comedy history’ starting at £2,000, with the auction closing on December 30.

It is part of a sale called ‘Don’t Mention the Auction!‘ which features several original Fawlty Towers scripts, including one for the “Waldorf Salad” episode under its original title “USA”, believed to have originally belonged to actress Renee Roberts, who plays Miss Gatsby, as well as a camera script for the same episode.