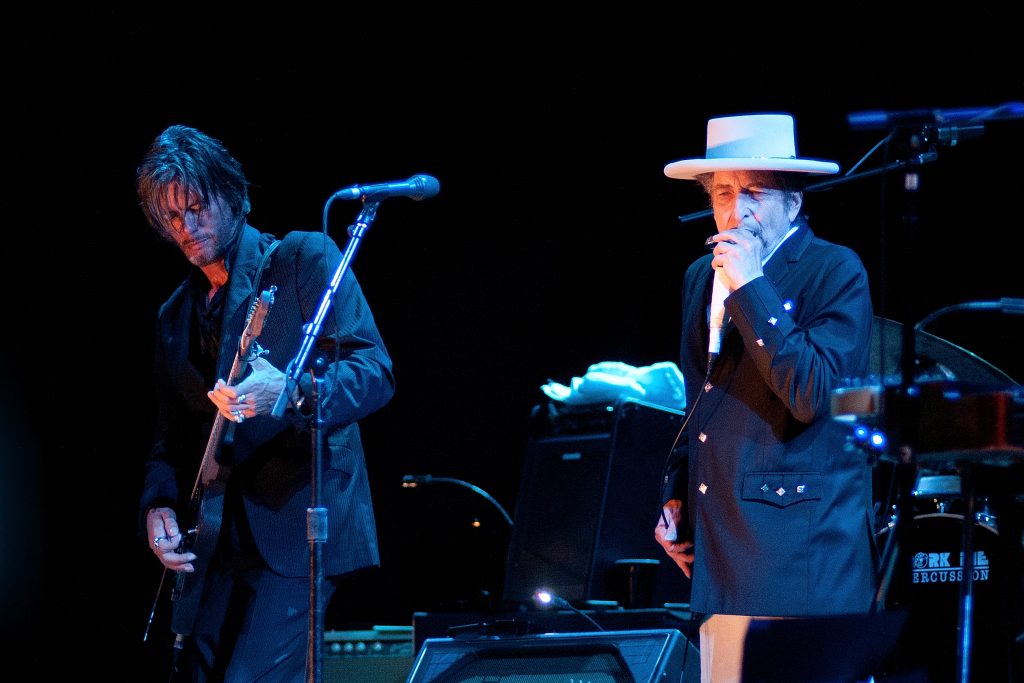 A big TOH to Reid Robinson, Tellyspotting’s intrepid reporter in Richardson, TX who reminded me of one of music’s most controversial moments which occurred at Manchester’s Free Trade Hall in 1966. A heckler branded one of the greatest songwriters of all-time, “Judas” for going electric during a set thus ‘betraying his folk roots’. Reid pointed me in the direction of one Robert Allen Zimmerman and how, over a half century later, he answered one of life’s most sought-after musical questions.

Bob Dylan’s 1965 “Like a Rolling Stone” repeatedly asked the open-ended question ‘How does it feel…to be on your own with no direction home”? 57 years after the iconic single was released and 56 years after Dylan ‘went electric’, he was back in Manchester playing the Apollo on his Rough and Rowdy Ways tour and, finally, answering that very question.

In a rare interview, Dylan said a long-running ITV soap is what he likes to switch on when he wants to feel “at home”. He finds it much superior to “disgusting” modern streaming shows, preferring to spend his time watching The Twilight Zone and GK Chesterton adaptations.

“I recently binged Coronation Street, Father Brown, and some early Twilight Zones,” he told the Wall Street Journal. “I know they’re old-fashioned, but they make me feel at home. I’m no fan of packaged programmes or news shows. I never watch anything foul-smelling or evil. Nothing disgusting, nothing dog ass.”

Coronation Street, which premiered in 1960, has returned the mutual admiration society favor by making several references to the Free Trade Hall moment, with characters discussing Ken Barlow (William Roache) attending the concert and heckling Dylan. Roache has been with the English soap opera since its inception in December 1960 which lists him in the Guinness World Records as the ‘longest-serving television star in a continuous role’.

Dylan went on to share his views on new music of today, social media, his disdain for streaming services the positives and negatives he experienced during the pandemic lockdown and, most notably, how he still loves the sound of old vinyl, “…especially on a tube record player from back in the day”.