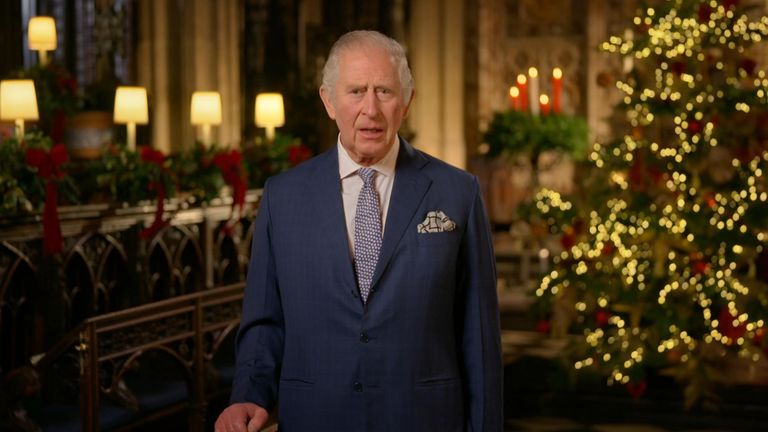 With images of food banks and help for the homeless alongside the speech, King Charles’ first Christmas message was broadcast from St George’s chapel at Windsor Castle, where the committal service of his late mother, Her Majesty Queen Elizabeth, was held three months ago.

Reflecting back on the current cost-of-living crisis, the King spoke of the “great anxiety and hardship” for those struggling to “pay their bills and keep their families fed and warm” while also paying personal tribute to his mother, who is laid to rest in the George VI memorial chapel within St George’s, alongside the Duke of Edinburgh.

With a primary focus on those supporting people in need, the King said: “I particularly want to pay tribute to all those wonderfully kind people who so generously give food or donations, or that most precious commodity of all, their time, to support those around them in greatest need.” The King built upon Queen Elizabeth II ‘s faith in people as he praised the emergency services who “worked tirelessly to keep us all safe”, teachers and health and social care staff.

Finally, the King also conveyed his passion for matters environmental, with the Christmas tree featured in the broadcast decorated with ornaments made from sustainable materials including paper and glass, as well as natural pine cones.

Her Majesty The Queen used what was to be her final Christmas message in 2021 to speak of “passing the baton” to the next generation. 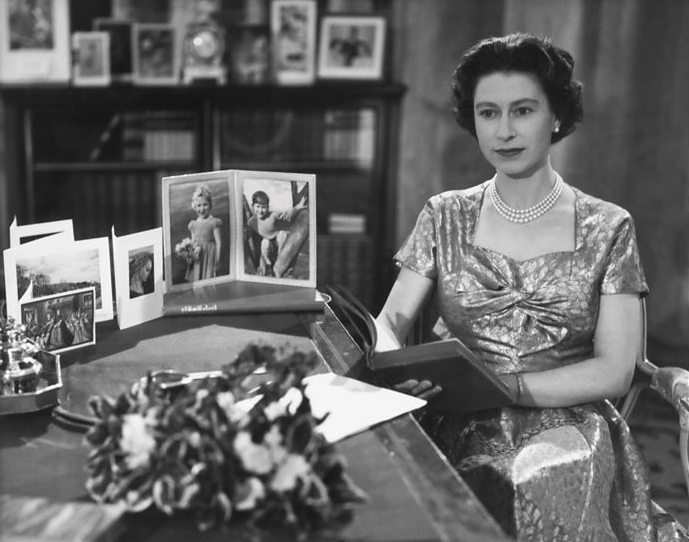 Thankfully, this “new medium” of television, as The Queen put it some seven decades ago in 1957, took hold, thus allowing for The Queen’s Happy Christmas message to be seen and not just heard each year on Christmas Day. This first televised Christmas broadcast by The Queen was also broadcast live from Sandringham House in Norfolk in 1957. I love her calling television a landmark as it allowed “so many of you to see me.”

Happy Christmas to all from Tellyspotting! and, King Charles.