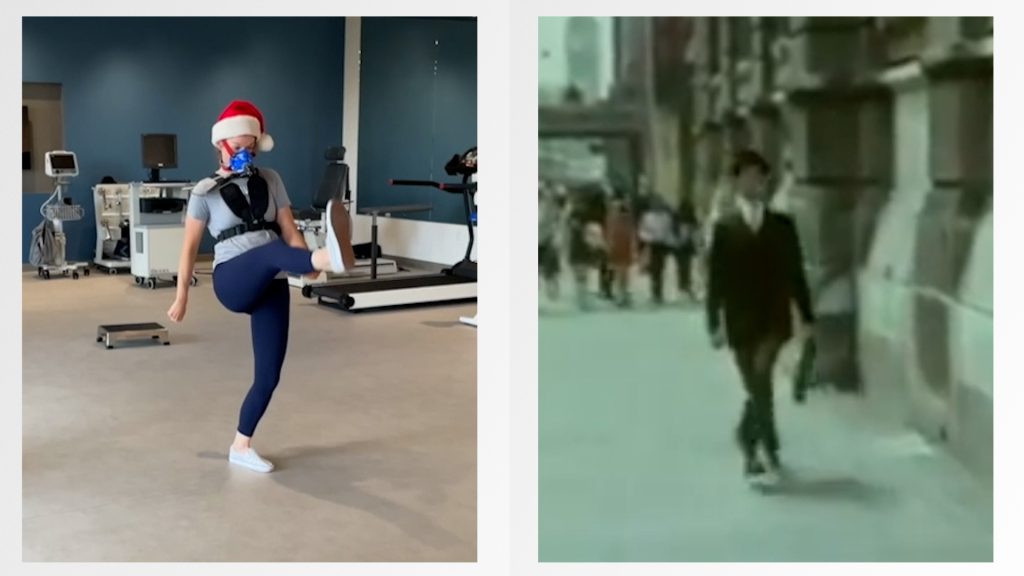 A study by the BMJ found that a walking style made famous in a sketch by the Monty Python comedy troupe is actually vigorous exercise. Studies published in the annual holiday edition of the British Medical Journal, which traditionally highlights legitimate but offbeat research, indicate that a brief but brisk ‘silly walk’, similar to that made popular by Mr Teabag (John Cleese) in the Python’s iconic Silly Walks sketch, could improve your health dramatically.

Employing the combination of high-tech science and a tittering adolescent’s sensibility, the study set out to determine the physiological effects of ambling around a track in the manner of the actor John Cleese, playing the apparently boneless Mr. Teabag, the head of the Ministry of Silly Walks, or Michael Palin’s Mr. Putey, a wannabe silly walker whose screwball stroll needs work.

The study’s researchers filmed volunteers perambulating like the ungainly bureaucrats who toiled daily in the Ministry of Silly Walks while wearing metabolic monitors.

“What we wanted to know was, how would deliberately inefficient walking affect energy costs?” said Glenn Gaesser, a professor of exercise physiology at Arizona State University in Phoenix, who led the new study in an attempt to determine whether ‘the sillier the walk’ would be beneficial for your body or just a threat to your individual dignity.

Measuring participants oxygen intake, the study found that if someone adopts a silly walk for at least 11 minutes a day, they will meet the standard recommendation of at least 75 minutes of vigorous exercise every week, which should meaningfully improve health and aerobic fitness. Professor Gaesser’s findings concluded that super-silly walking can be strenuous enough to qualify as “vigorous exercise”.

We can all collectively thank the BMJ for this study and…just in time to begin that exercise regimen we all threaten to start every year around this time but need to begin in 2023!