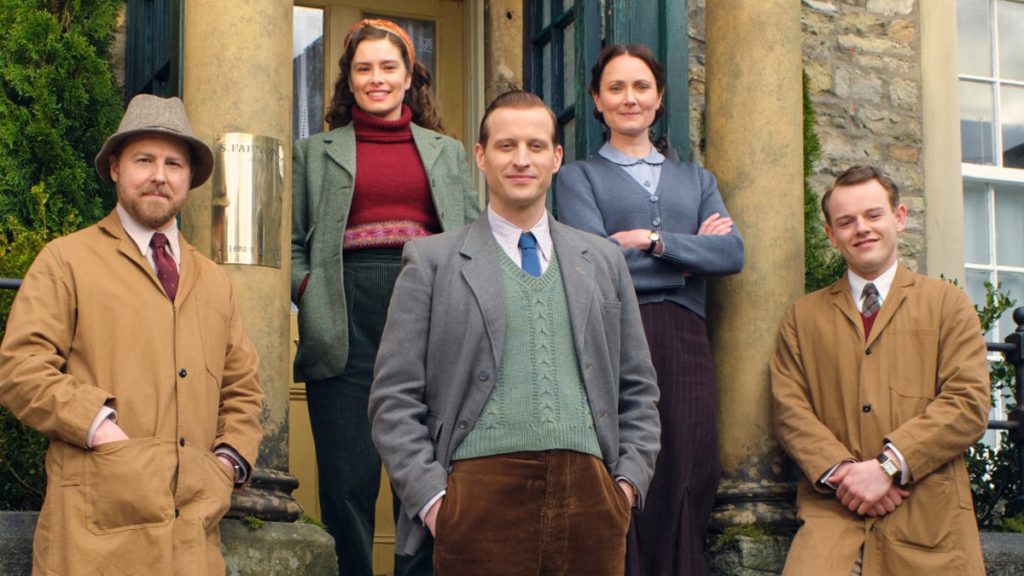 By bringing back six series and premiering two period dramas in the first half of 2023 alone, PBS has already planted the drama flag in 2023 before 2022 comes to a close proving it will be THE place to be on Sunday evenings for the best in British drama.

Sunday, January 8 will see the series return of Miss Scarlet and the Duke (8pET/7pCT), All Creatures Great and Small (9pET/8pCT) and Vienna Blood (10pET/9pCT).

Sunday, March 19 marks the 12th season premiere of Call the Midwife, the 3rd and final series of Sanditon and the series premiere of Marie Antoinette.

Running through Sunday, May 7, Marie Antoinette stars Emilia Schüle (Berlin Dance School) in the title role. Marie is just a teenager when she leaves Austria to marry the Dauphin of France (Louis Cunningham, Bridgerton).

When Marie arrives at Versailles, she must obey the numerous and complex rules of the French court. The princess quickly suffers from not being able to live her life the way she wants, while her mother, the Empress of Austria, (Tony nominee Marthe Keller) keeps pushing her to continue the Bourbon line and thus secure the alliance between the two countries. However, faced with Louis’ avoidant and solitary character, the mission turns out to be more complicated than expected.

If that’s not enough to cause you to seriously consider putting your iPhone on ‘Do Not Disturb’ for three hours on Sunday nights for the first half of 2023, Tom Jones will premiere in the Spring. The four-part adaptation of Henry Fielding’s Tom Jones will give a new twist to the tale of a young man’s love for a wealthy heiress.

With lots of names and faces you’ll recognize, the series stars Solly McLeod as Tom, with Sophie Wilde as Sophia, the heroine and Hannah Waddingham as the iconic temptress Lady Bellaston. The stellar cast also includes James Fleet (Vicar of Dibley), Shirley Henderson, Alun Armstrong (New Tricks), Pearl Mackie (Doctor Who), and a torrent of other talent, bringing mid-18th-century England to life in all its passion and prejudice, luxury and loose morals.

Happy New Year to all and here’s to a year of amazing drama on Sunday evenings on PBS!