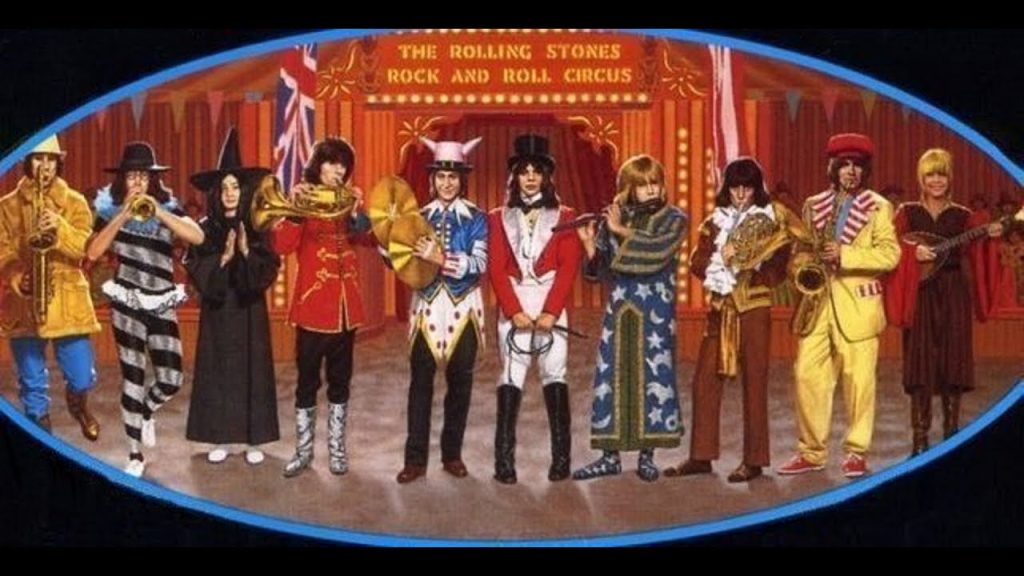 The performances began at around 2 pm on 11 December 1968 but, unfortunately, setting up between acts and reloading cameras took longer than planned, which meant that the final performances took place at almost 5 o’clock in the morning on the 12th.

The original idea for the concert was going to include the Small Faces, the Rolling Stones, and the Who, and the concept of a circus was first thought up between Mick Jagger, Pete Townshend, and Ronnie Lane. While it was meant to be aired on the BBC in 1968 it was, instead, withheld by the Rolling Stones until October 1996 when it was commercially released. 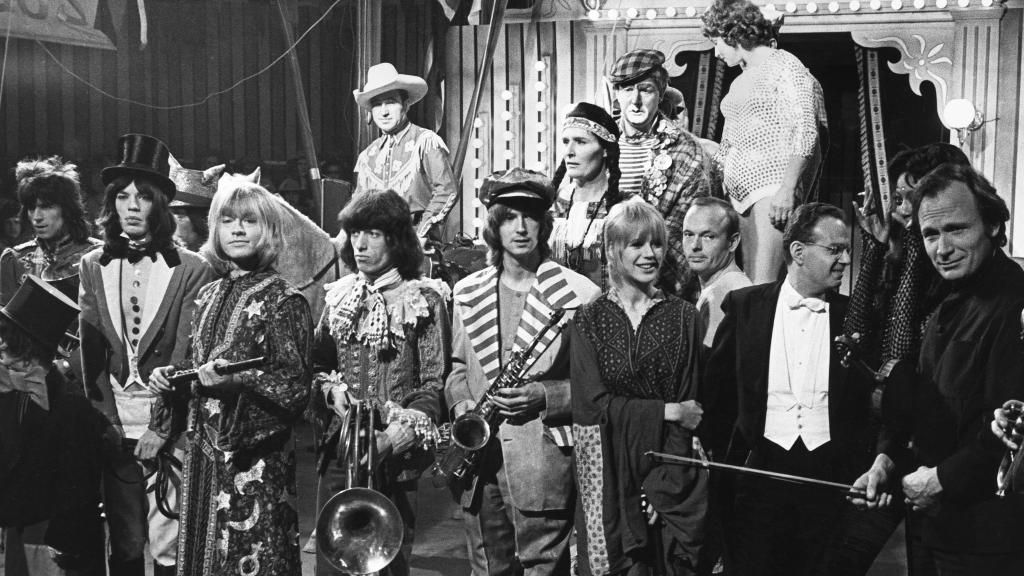 The Rollings Stones, Marianne Faithfull and other performers at the Rock and Roll Circus. Michael Randolf/Courtesy of the production company through NPR

Originally directed by Michael Lindsay-Hogg, who had worked on videos for both the Beatles and the Rolling Stones, attempts to edit the film in 1992 stalled as some of the footage of the concert was thought to be lost or destroyed.

A year later, in 1993, it was discovered in a bin in the Who’s private film vault by the director/producer team Michael Gochanour and Robin Klein. Subsequent to their discovery, Gochanour and Klein completed the unfinished film in autumn 1996. According to an NPR story, the Circus’ reels were found leaning against a hay bale in a barn in France. Who knows….but, personally, I like the ‘hay bale in a barn in France’ much better.

For the first time in front of an audience, “The World’s Greatest Rock and Roll Band” performs six Stones classics (“Jumpin’ Jack Flash,” “Parachute Woman,” “No Expectations,” “You Can’t Always Get What You Want,” “Sympathy For The Devil” and “Salt of The Earth.”)

The program also includes extraordinary performances by The Who, Jethro Tull, Taj Mahal, Marianne Faithfull, Yoko Ono as well as The Dirty Mac a ‘supergroup’ before the term had even been coined, the band was comprised of Eric Clapton (lead guitar), Keith Richards (bass), Mitch Mitchell of The Jimi Hendrix Experience (drums) and John Lennon on guitar and vocals, marking the first musical context in which John Lennon performed before an audience outside the Beatles. The group played a version of ‘Yer Blues’ from the White Album.

Not only was ‘The Circus’ the only time Tony Iommi (Black Sabbath) performed with Jethro Tull as a replacement for Mick Abrahams, it was Brian Jones’ last appearance with the Rolling Stones as he drowned some seven months later while the film was being edited, it was also the first live footage of Jethro Tull ever made.

If you need proof that the filming lasted almost 36 hours straight, take a close look at the last song with a dead-tired Mick Jagger and others donning brightly colored hats and ponchos sitting in the audience holding up an even more dead-tired Marianne Faithful to end the program.

The Rolling Stones Rock and Roll Circus is the perfect way to launch 2023 and a year of amazing music discovery from Tellyspotting. Check back throughout the year for more great music ‘from the vault’.