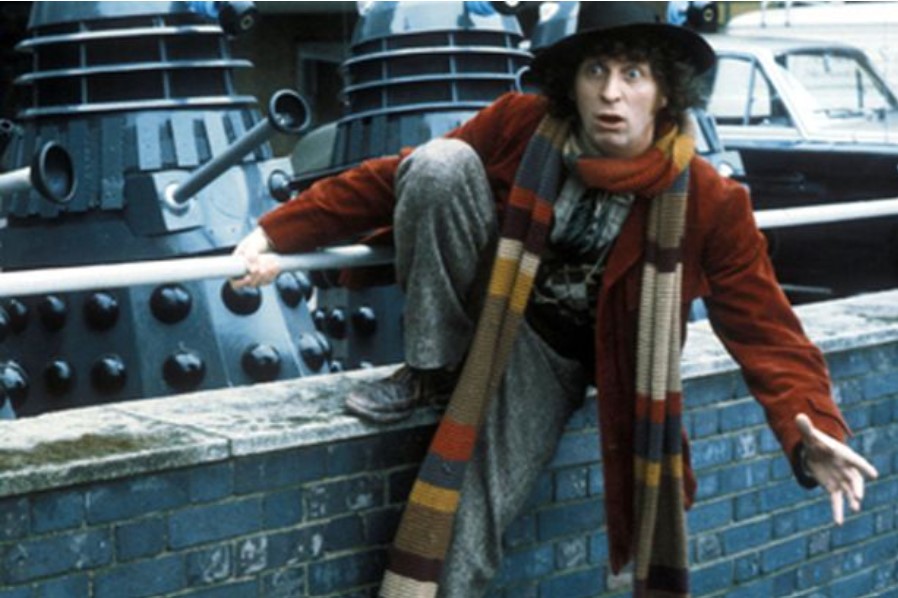 Long considered one of the most popular ‘Doctors’, Tom Baker turned 89 on Friday. As the Fourth Doctor, Baker portrayed the travelling Time Lord from 1974-1981 with Elisabeth Sladen as companion/journalist Sarah Jane Smith along for the ride, taking over for Jon Pertwee. His eccentric style of dress, quirky personality, trademark look of a long scarf and his a fondness for jelly babies made him an instant fan favorite.

Baker played the Doctor for seven consecutive seasons, making him the longest-serving actor in the part. As much as he was a fan favorite, he cherished his time on the series. Baker said in a 2017 interview, “When I was doing Doctor Who, it was the realization of all my childhood fantasies… so I took to it like a duck to water, and I still do. Doctor Who was more important than life to me—I used to dread the end of rehearsal… that’s why I can’t stay away from it.”

Post-Doctor Who, Baker portrayed Sherlock Holmes in a four-part BBC1 miniseries version of The Hound of the Baskervilles, made an appearance in Blackadder II, in the episode “Potato”, as the sea captain Redbeard Rum and played the part of Donald MacDonald in the BBC series Monarch of the Glen in 2004-2005.

Baker last appeared on Doctor Who for its 50th anniversary special “The Day of the Doctor”, which aired in 2013, playing an enigmatic character called the Curator who is heavily implied to be a future incarnation of the Doctor.