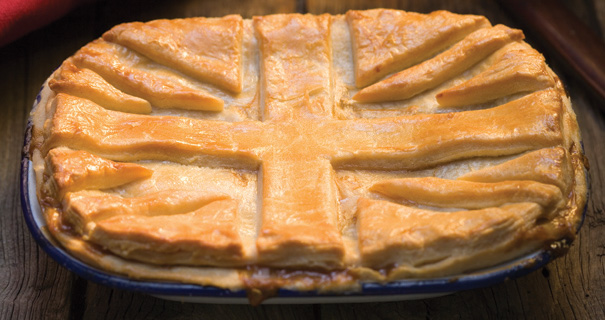 One can never have enough pie be it American or British so, no matter where you are and whether you are a fan of the traditional American ‘pie’ or British ‘pie’, today is National Pie Day here in the U.S. Unfortunately, North American Tellyspotting readers are usually a bit behind their U.K. counterparts as they set aside an entire week devoted to pie.  Also, we may feel a bit short-changed as we only have a day where they have an entire week as British Pie Week 2021 had been scheduled for March 1-7 this year. However, due to Covid-19 restrictions, it has been moved to September this year. SO, whether it’s a week or a day, grab a fork and dig in, time’s a wasting.