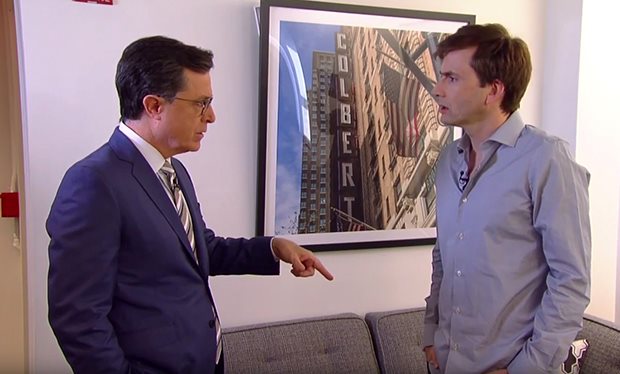 It’s times like this that make you realize just why the internet was created. Case in point. David Tennant and Stephen Colbert crossing paths recently on CBS’ The Late Show and it was greatness. The brief but brilliant interchange occurred before the show had even begun. As things played out, Colbert dropped into the show’s green room before the show […]

END_OF_DOCUMENT_TOKEN_TO_BE_REPLACED

As comedy duos in the world of British comedy go, historically, most U.S. viewers are only familiar with the more recent juggernauts of Fry and Laurie or French and Saunders. As is particularly the case in the UK, comedy duos are not unfamiliar to U.S. audiences given the success of Martin & Lewis, Laurel & […]