Dennis Waterman, a.k.a. Gerry Standing, will leave the British comedy/drama New Tricks part way through the long-running series’ 12th season, which will begin filming in November. As the last original member of the fictional Unsolved Crime and Open Case Squad (UCOS) of the Metropolitan Police Service, Waterman has appeared in every episode of the series’ first 11 seasons and will bow out after appearing in two episodes of the upcoming series which will transmit in 2015.

END_OF_DOCUMENT_TOKEN_TO_BE_REPLACED 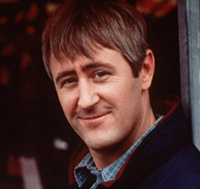 Great news on the New Tricks front. After 9 seasons of greatness from the likes of Amanda Redman, Dennis Waterman, Alun Armstrong and James Bolam, the old dogs at the Unsolved Crime and Open Case Squad will be adding a ‘new’ old dog come series 10. Nicholas Lyndhurst (Butterflies, Only Fools and Horses, Goodnight Sweetheart, […]