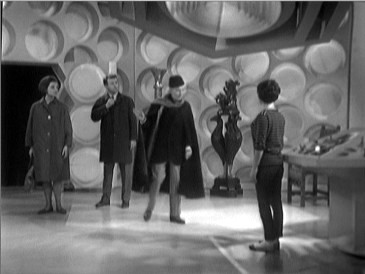 It was 51 years ago Sunday that a time-travelling humanoid alien called The Doctor began exploring the universe in his TARDIS with a pretty simple mission to save civilisations, help ordinary people, and right wrongs. Doctor Who first appeared on BBC1 television at 17:16:20 GMT, eighty seconds after the scheduled program time of 5:15p due […]

END_OF_DOCUMENT_TOKEN_TO_BE_REPLACED

50 years ago today, history was made in the UK at 5:16:20pm with the first ever broadcast of the British science fiction series, Doctor Who, with the episode “An Unearthly Child”. The 80-second delay from the advertised start time was due to extended news coverage of the assassination of President John F. Kennedy. The first […]