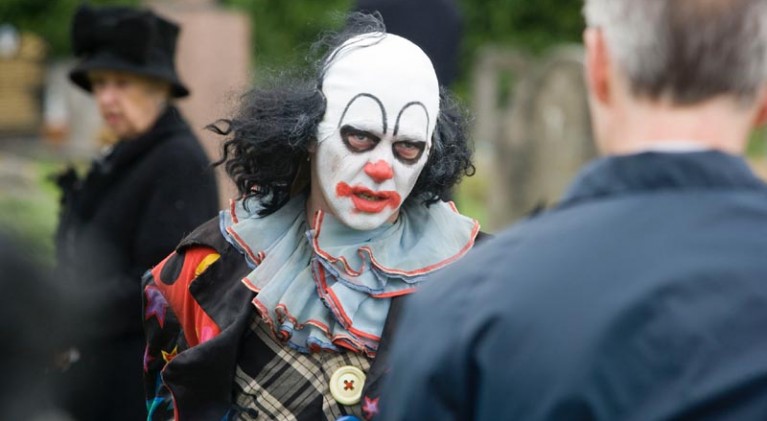 Mr. Jelly not a big fan of Halloween trick or treating on the streets of Psychoville

Since 2010, Halloween has been about two bits of small screen greatness that should be considered ‘must see TV’. The annual Simpsons Halloween Special and the 2010 ‘newcomer’ on the block which came from the brilliant mind palaces of Reece Shearsmith (League of Gentlemen, The Widower, Chasing Shadows) and Steve Pemberton (League of Gentlemen, Whitechapel, Happy Valley, […]

END_OF_DOCUMENT_TOKEN_TO_BE_REPLACED

As we reported to you last Halloween, since 2010, there were but two bits of small screen greatness that were considered ‘must see TV’ during Halloween. The Simpsons Halloween Special and the 2010 ‘newcomer’ on the block from the brilliant minds of Reece Shearsmith and Steve Pemberton, the Psychoville Halloween Special. While the Simpsons continues […]