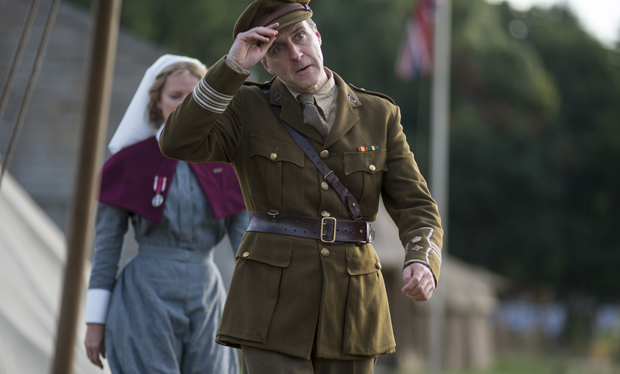 Mr. Molesley finally gets to give orders in 'The Crimson Field''

The Crimson Field premiered last night on BBC One. For Kevin Doyle, his portrayal of Colonel Roland Brett in the World War I drama is a far cry from his recent demotion to footman at Downton Abbey and his interminable suffering at the hands of Carson. “It’s nice to be giving orders rather than receiving […]