If you happen to reside the UK, you are well aware of the fact that the final series of Downton Abbey is just around the corner, most likely in September. Mere months away. U.S. audiences, however, are still roughly 6 months away of the January 3, 2016 final series premiere on PBS. For that reason alone, it’s […]

END_OF_DOCUMENT_TOKEN_TO_BE_REPLACED 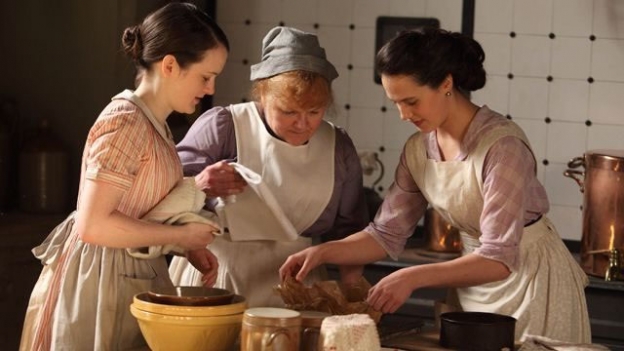 With the welcome thought that, no matter where you find yourself in the UK or in America, every day that passes is one day closer to the premiere of Downton Abbey 3. Writer Julian Fellowes had me with just the thought of the first Dowager Countess (Maggie Smith)/Martha Levinson (Shirley MacLaine) Kodak moment. Don’t really […]