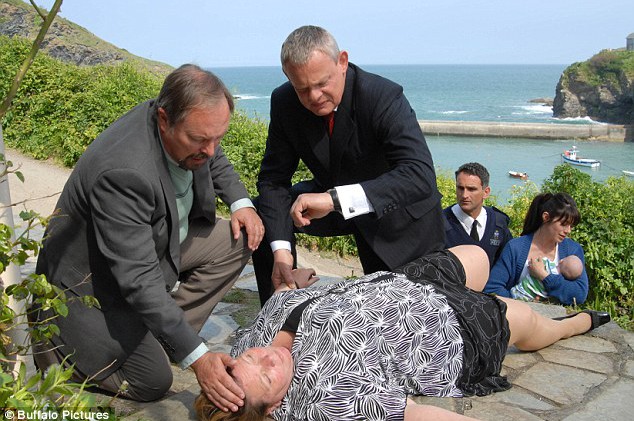 Doc Martin – he may not be a real Doc but he has stayed at a Holiday Inn Express before….

If you’re a Doc Martin fan or a Martin Clunes fan, you might want to check out the September edition of Readers Digest. It features Martin Clunes, a.k.a. Doctor Martin Ellingham, as he recounts a textbook case of Life Imitates Art. Seems as though Philippa Braithwaite, Doc Martin producer and wife of series star, Martin […]

END_OF_DOCUMENT_TOKEN_TO_BE_REPLACED

October 4 plans: Red Dwarf X on Dave or Hunted on BBC One?

The upcoming 8-part spy drama, Hunted, which premieres Thursday, 4 October on BBC One (yes, I know, this is ‘in the face’ opposite the new series of Red Dwarf on Dave for those that are keeping score at home), looks brilliant. Let’s just say that having seen the trailer, the producers had me at “…from […]